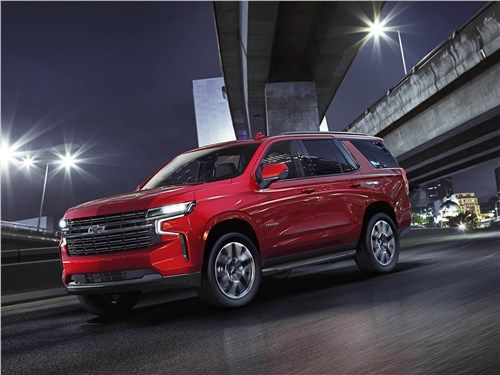 The release of the CHEVROLET TAHOE model was carried out from 1994 to 2013.

Table of factory and suitable tire sizes for CHEVROLET TAHOE. 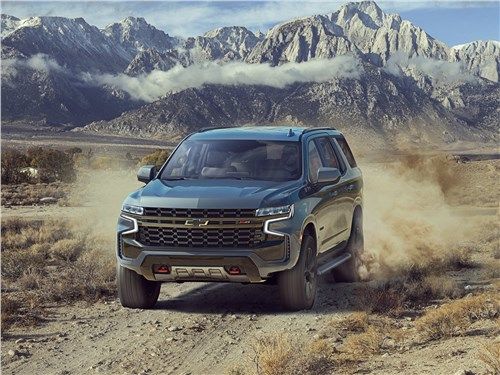 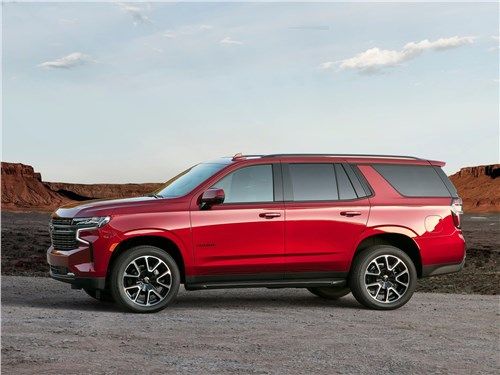 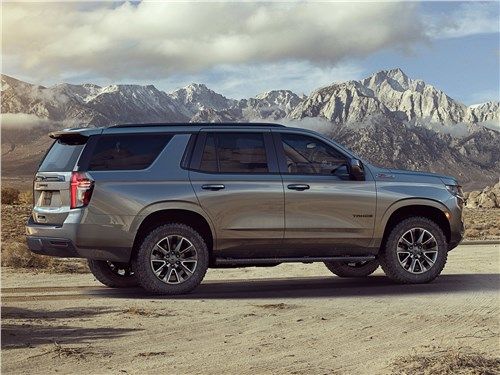 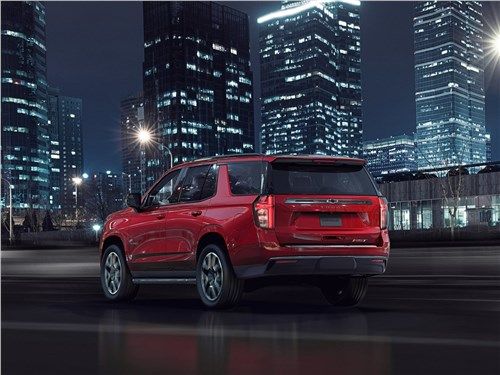 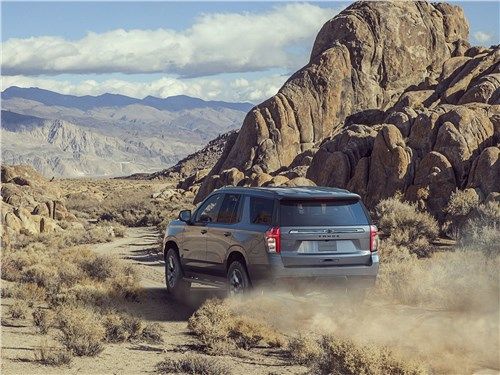 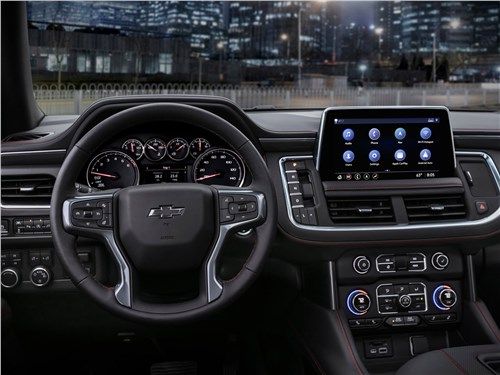 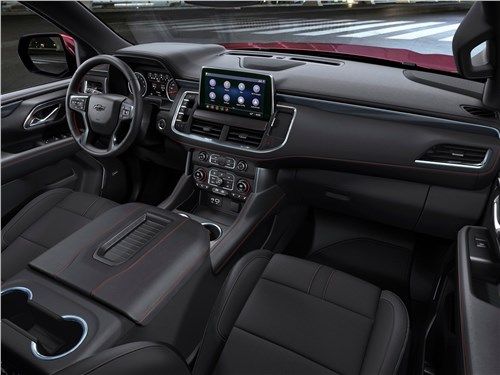 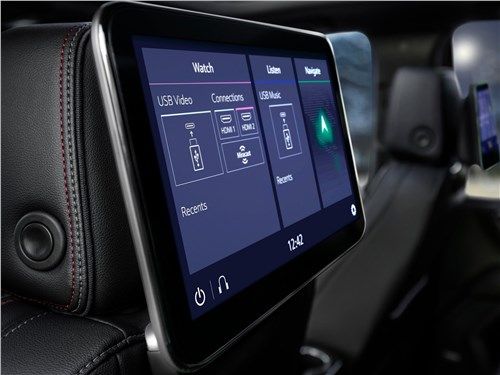 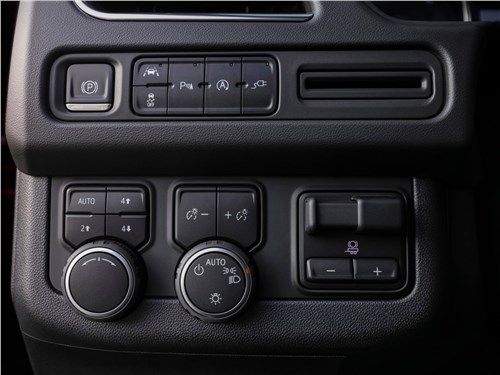 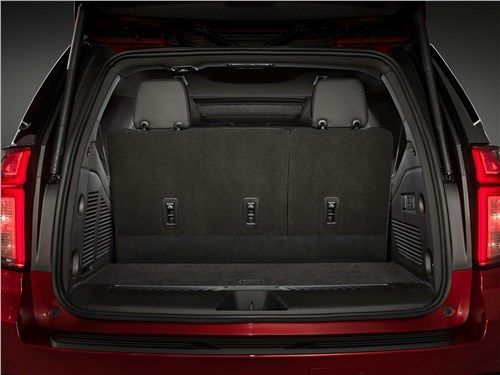 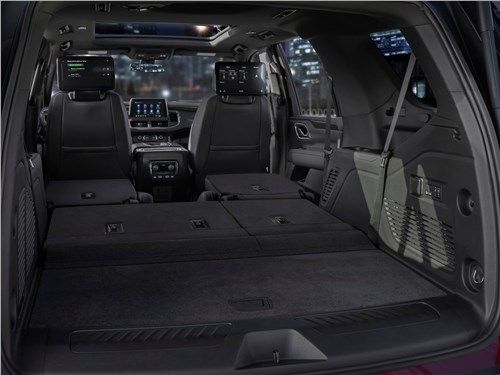 In its home market, the Chevrolet Tahoe is a huge success and easily outsold all competitors in its price range. Over the past year, about 100 thousand brand new cars have found their owners. The change in the generation of such a bestseller is always an important event for the General Motors concern. In mid-December of the outgoing 2019, the manufacturer introduced a new, fifth generation. It received significant differences in technical terms, as well as a redrawn appearance. It will not be difficult to distinguish the model from the previous generation. It adopts the "two-story" style of the headlamp optics from its sister Silverado. Unlike the pickup, here it is double only visually. The main sections are small and fully LED, and below them are the C-shaped sections of the daytime running lights. The radiator grille has also become noticeably larger. The interior has also been redesigned. Designers did not follow the lead of the modern rampant fashion for the mass adoption of touch screens. The dashboard is completely analog, but informative. It contains six analog pointers. The climate control and lighting technology is controlled by physical switches. In the basic configuration, a ten-inch screen for the multimedia system is located in the middle of the center console. The dashboard also has a small screen. For an additional fee, you can order a rear-seat entertainment system, a head-up display and a more informative trip computer. The Chevrolet Tahoe is a real frame SUV with the ability to install a third row of seats. With the change in generation, he moved to the significantly modernized GMT-T1XX platform, which entailed a change in size. The car measures 5351 mm in length, 2058 mm in width, 1927 mm in height, and the distance between the wheel sets is 3071 mm. At the heart of the car is a new frame, which allows the floor in the cabin to be lowered, which, together with an increase in the wheelbase, has made it possible to increase the size of the trunk and legroom for passengers in the rear row. One of the key innovations is the new suspension. From now on, it has a completely independent structure. Instead of a dependent continuous axle, a multi-link architecture was installed at the rear, which had a positive effect on both comfort and handling. There are three types of racks available. The base consists of conventional coil springs with hydraulic shock absorbers. For an additional fee, adaptive struts with variable stiffness shock absorbers are available, and older versions boast a real pneumatic system that can adjust the ground clearance over a wide range. After a change of generations, a completely new power unit was registered under the hood of the Chevrolet Tahoe. This is a Duramax three-liter inline diesel turbocharged six, previously fitted to the Silverado pickup. It develops 281 horsepower and 623 Nm of torque. As an alternative, two naturally aspirated petrol V8s are available. The basic version has a volume of 5.3 liters and develops 360 horses. A more powerful 6.2-liter unit is installed only on older versions. As a transmission, a hydromechanical automatic with ten gears is offered. By default, the drive is rear, and for an additional fee, you can order a system with a plug-in front axle.