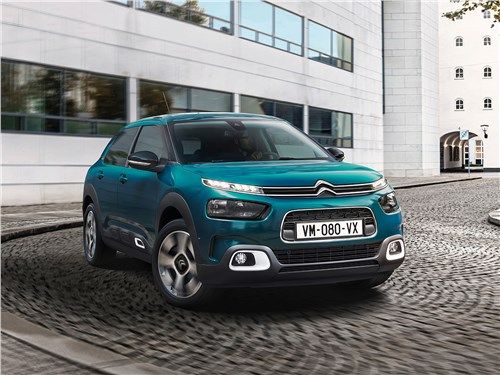 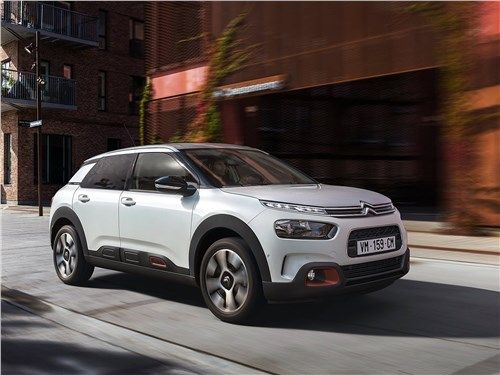 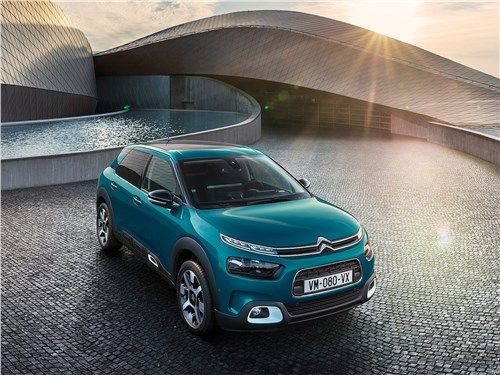 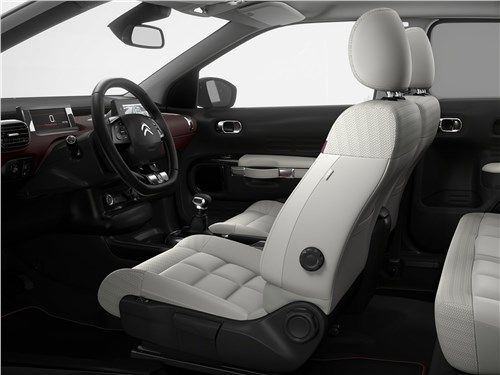 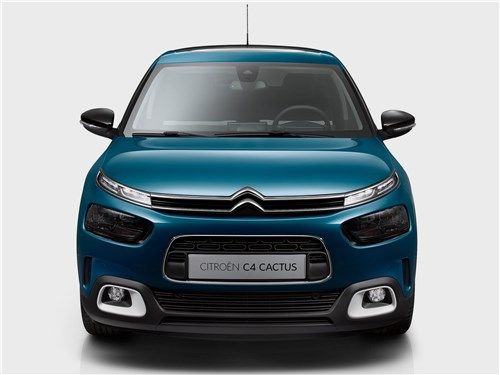 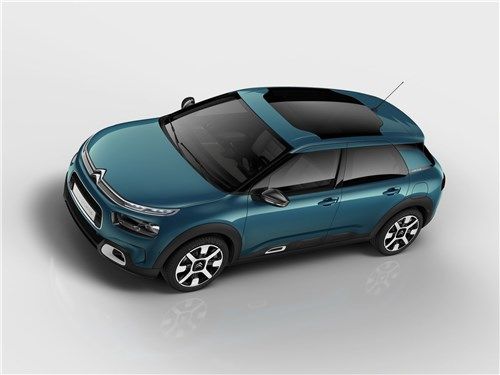 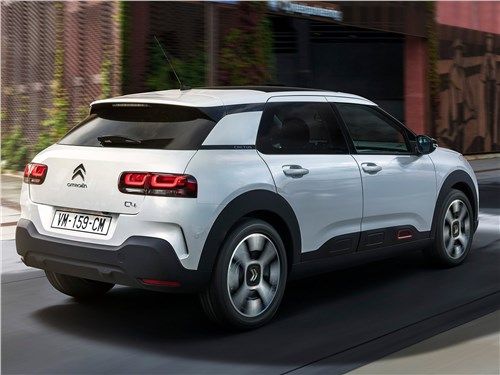 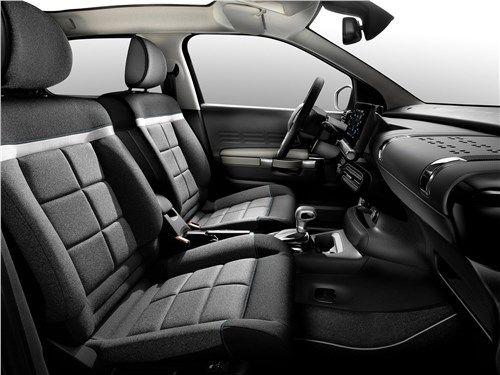 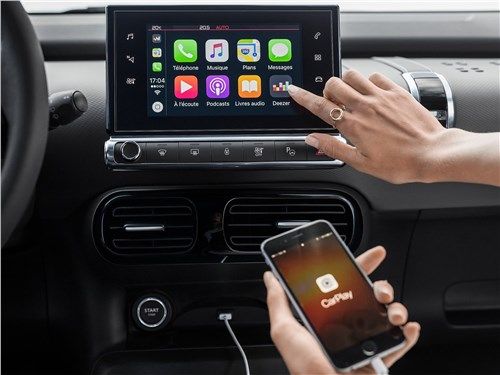 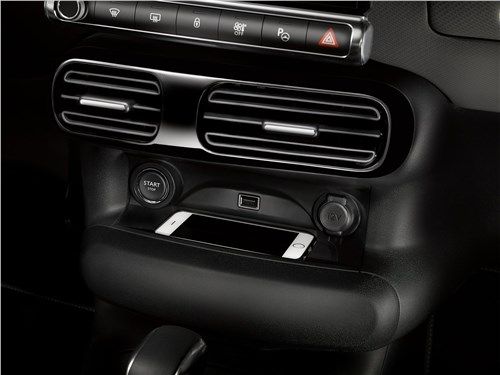 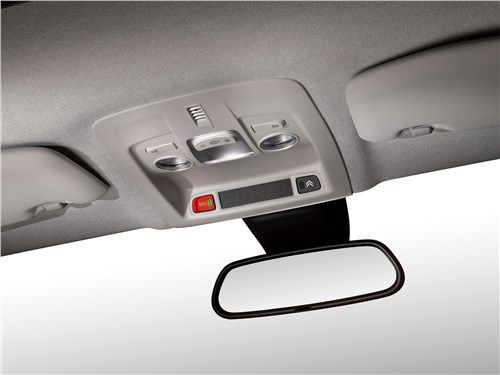 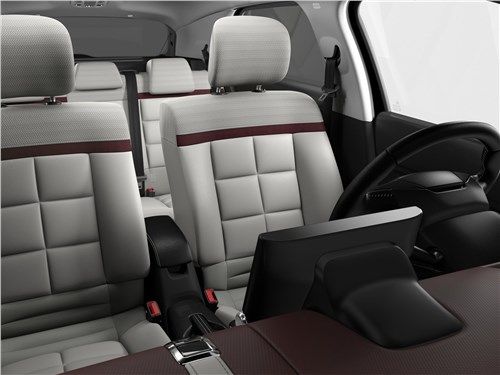 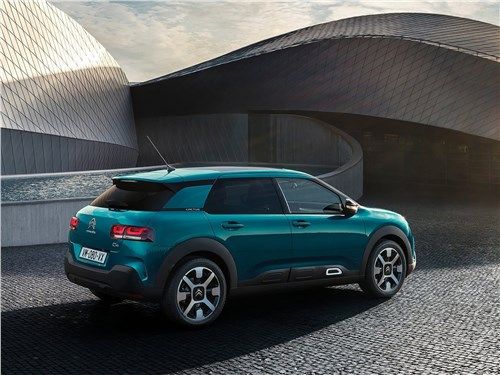 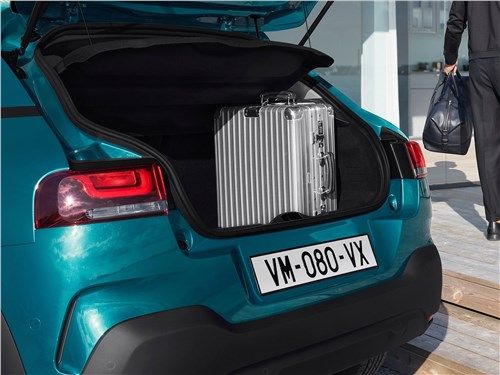 In 2018, the world community saw the updated Citroen C4 Cactus for the first time. Despite the fact that technically the model has changed little, the manufacturer has overhauled its image and purpose. He gave her a new interior and a radically redesigned design. The embossed and rather lurid Air Bump linings have disappeared from the doors, and large roof rails no longer flaunt on the roof. The front end has also changed quite a bit. The unusual two-story optics of the head lighting are striking. Above, you can see the narrow sections of LED daytime running lights, and below them are rounded headlights with large reflectors. The radiator grille is made in the corporate style and serves a purely decorative role. It consists of two narrow chrome strips that form the manufacturer's logo in the center. As a legacy from the previous version, the model inherited the classic crossover body kit on the side skirts, bumpers and wheel arches. In general, the car has received a digestible and organic design that follows all the canons of modern fashion. From now on, the Citroen C4 Cactus is positioned as a five-door city hatchback, which in fact it is. Its overall dimensions are: length 4170 mm, width 1710 mm, height 1480 mm, and wheelbase 2595 mm. The clearance of the model is typical for most passenger models - 165 millimeters. Thanks to such a fit, the model will hold the road perfectly, will be able to drive onto a medium-sized curb and will not lose stability, even at high speeds. The suspension itself is also made in a fairly common way. McPherson struts in front, and a semi-independent elastic beam at the back. Despite the rather simple structure, French engineers have prepared a small surprise in the form of shock absorbers with the "Carpet-Airplane" technology. Despite the rather catchy name, the very essence is extremely simple. The classic compression and rebound buffers have been replaced with more efficient hydraulic elements. The power palette of the Citroen C4 Cactus has remained practically unchanged. As before restyling, it is equipped with three power units, mechanical and robotic gearboxes and exclusively front-wheel drive. The backbone of the line is a three-cylinder in-line gasoline unit with two camshafts. Depending on the presence of a turbocharging system, it produces 82 or 110 horsepower and accelerates the hatchback to a hundred in 12.9 and 9.3 seconds, respectively. Depending on the type of transmission, the high-speed ceiling is 171-190 kilometers per hour, and the fuel consumption fluctuates at around 4.6-4.7 liters of gasoline per hundred in the combined driving cycle. Alternatively, the manufacturer can offer a 100-horsepower in-line turbodiesel four. It has good dynamics - 10.7 to hundreds and excellent economy - only 3.4 liters of diesel fuel per 100 kilometers in the same driving mode. C4 Cactus has lost some of its individuality, but got a calmer appearance. It has a pleasant and memorable design that will perfectly emphasize the individuality and character of its owner. Such a car will not merge with the gray everyday stream and will not get lost in the large parking lot of the shopping center. Salon is the kingdom of high-quality finishing materials, unusual layout and high comfort. Thanks to the energy-intensive suspension, even a long country trip will not be able to deliver the slightest inconvenience to the driver. The manufacturer is well aware that a modern car, first of all, should give pleasure from driving. That is why, under the hood of the hatchback, there is a compact and economical unit, which is a fusion of advanced technologies and many years of experience of engineers. Citroen C4 Cactus is a practical and economical hatchback for every day.