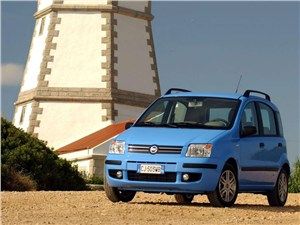 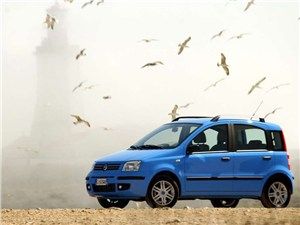 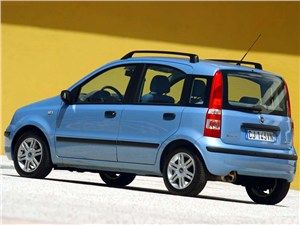 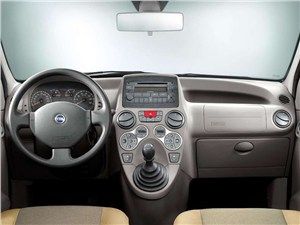 The first generation Fiat Panda was designed by Italian designer Giorgetto Giugiaro. The car was supposed to be a simple and cheap vehicle. The model debuted in 1980. The first versions of the car were equipped with a 0.5-liter air-cooled engine or a 0.9-liter water-cooled engine. In 1983, the Fiat Panda 4x4 with a 48-horsepower engine was born. A year later, the manufacturer announced the release of the millionth copy of the car, and in August 1988, the two millionth model rolled off the assembly line. In 1990, a modification of the Panda Ele?tra was released, which is a two-seater electric car with an 18 horsepower engine. Later, this car was upgraded and equipped with a 24-horsepower engine. Despite the relatively low quality of workmanship, the car remained popular in the mid-90s. The second generation Fiat Panda was launched in 2003. Initially, the car was supposed to bear the name Gingo, but due to the similarity with Renault Twingo, the name was decided to remain the same. In 2004, Fiat Panda II was recognized as the best car in Europe. In 2005, a major safety update was made, as a result of which all models were equipped with ABS + EBD and other systems. The direct predecessor of the Fiat Panda 4x4 Climbing is the Panda, introduced by the Italian company back in 1980. The car was designed by the famous automobile designer Giorgetto Giugiaro. In 1983, the first four-wheel drive car, the Panda 4x4, was released, equipped with a 1-liter engine with 48 horsepower. The manufacturer organized an intensive production of the Panda car line, resulting in 2 million cars produced by 1988. The second generation Fiat Panda debuted in 2003. The design of the new car has moved towards more similarity with micro vanes. In 2004, the car was recognized as the best car in Europe. The Fiat Panda 4x4 Climbing modification was introduced in December 2004. Compared to the original version, this car was taller and had larger wheels. The model has become slower than the base Panda, but all-wheel drive. You can recognize the car by the plastic body kit and the corresponding inscription - Climbing on the car body. In 2007 the Fiat Panda 4x4 was recognized by the Swedish Vi Bilagare magazine as a good and economical model for small families in need of an all-wheel drive vehicle.