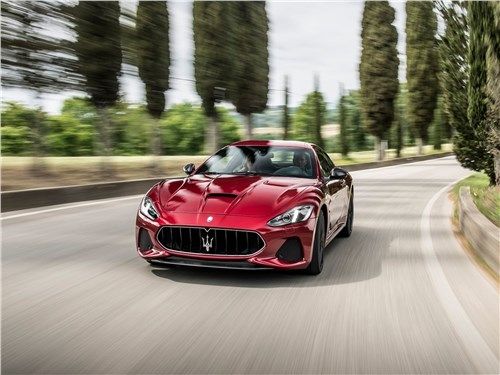 The release of the MASERATI GRAN TURISMO model was carried out from 2008 to 2019. 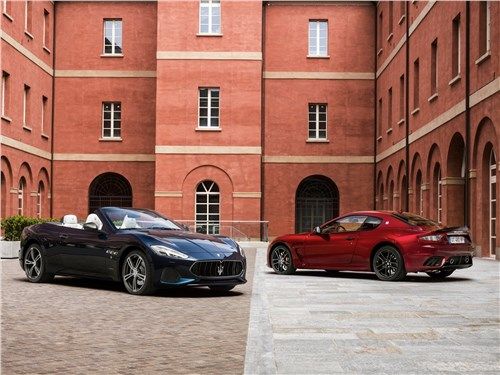 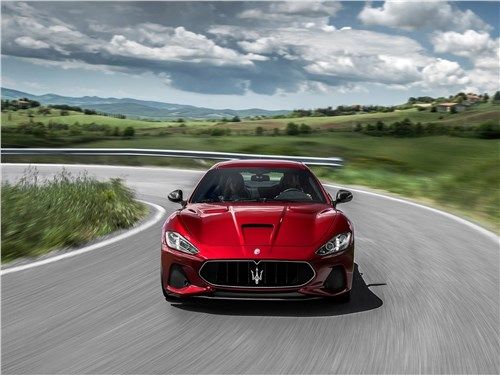 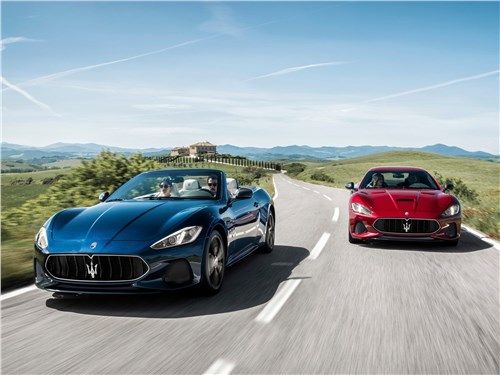 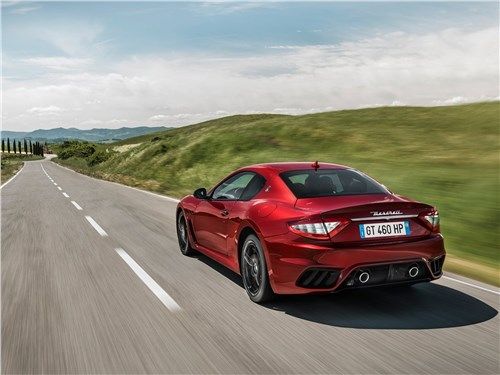 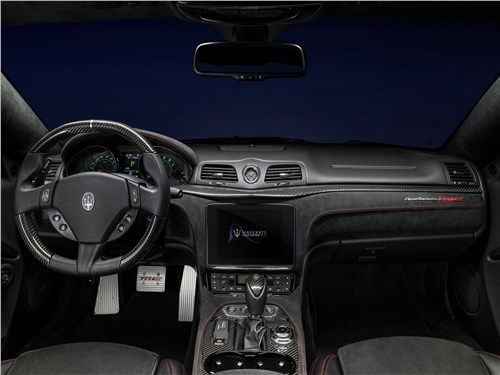 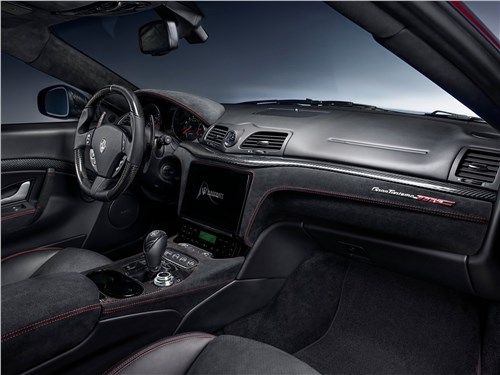 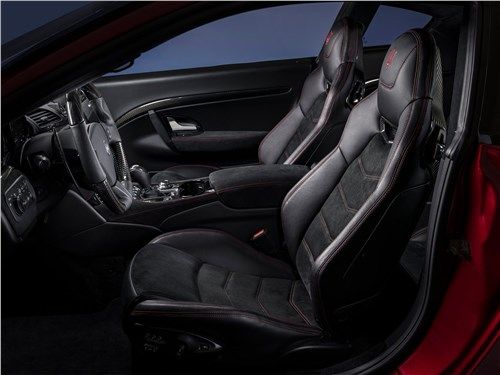 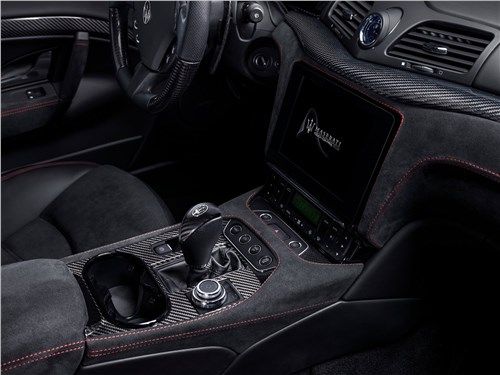 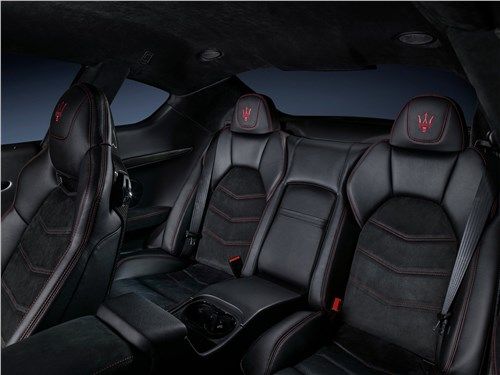 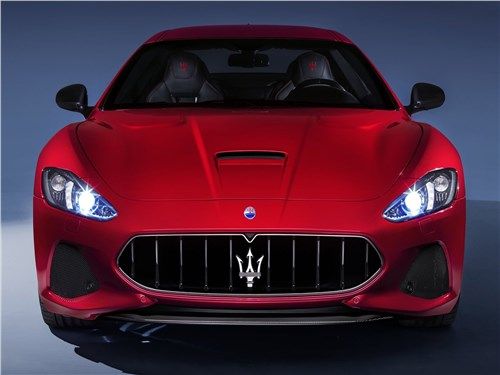 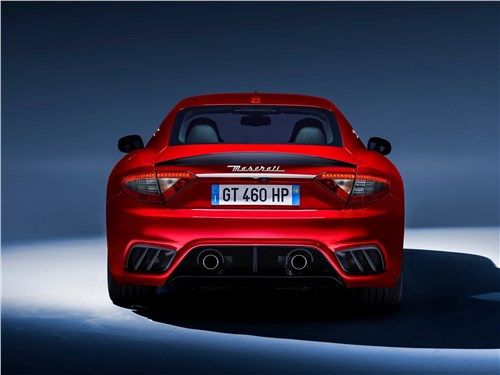 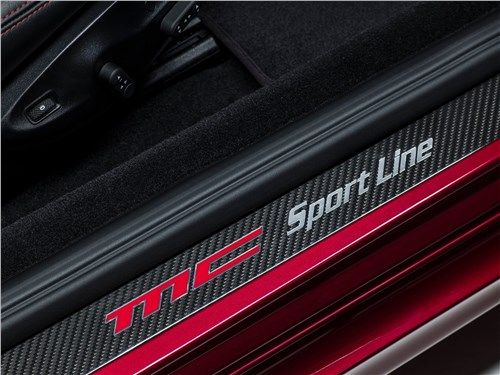 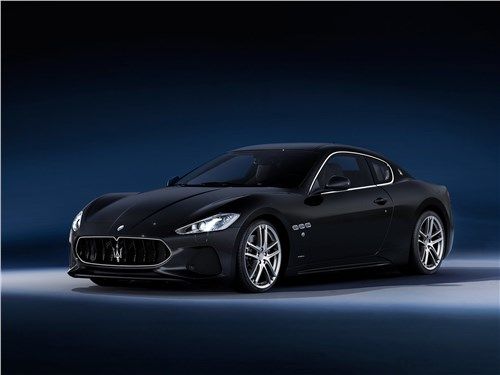 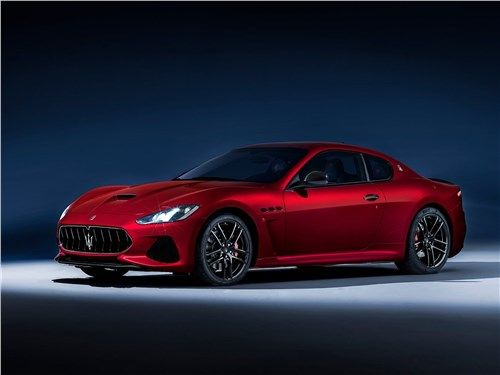 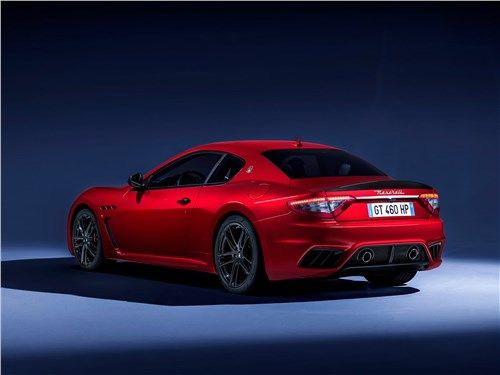 The updated Maserati Gran Turismo first appeared before a wide audience at the doors of the New York Stock Exchange. In fact, the novelty is the first planned restyling of the 2008 model. The manufacturer has seriously approached the modernization of the technical filling, equipped it with a full range of modern options and slightly modified the design. Some of the innovations have migrated from the Alfieri concept. Striking are the aggressive, elongated headlights with fanciful LED daytime running lights and multiple focusing lens assemblies. The radiator grille is made in the corporate style and flaunts the manufacturer's logo. It is heavily thinned and consists of many concave, vertically oriented ribs with an elegant chrome border along the contour. The car's stern is also pretty impressive. I would like to note a small spoiler on the trunk lid, a chrome trim connecting the brake lights and two massive exhaust pipes. In general, the car received several pleasant cosmetic changes that allowed it to keep up with the times, but, at the same time, did not violate its sophisticated and impetuous image. Maserati Gran Turismo is a two-door, four-seater premium class coupe. Its overall dimensions are: length 4881 mm, width 1847 mm, height 1353 mm, and the wheelbase is 2942 mm. Ground clearance is expectedly low - only 120 millimeters. Thanks to such a low ground clearance, the car boasts a relatively low center of gravity, which allows you to move more confidently at high speeds and easily take turns in a controlled skid. In addition, the vehicle has a fully independent suspension architecture. Front and rear are "multi-link" with anti-roll bars. Brakes in a circle disc and ventilated. Under the hood of the restyled Maserati Gran Turismo there is a large V-shaped atmospheric petrol eight with a volume of 4244 cubic centimeters. Despite a rather simple structure and the absence of a pressurization system, thanks to short-stroke piston group and good valve timing, the engineers managed to squeeze out 405 horsepower at 7100 rpm and 460 Nm of torque at 4750 rpm of the crankshaft. All thrust is transmitted to the six-speed automatic transmission of variable transmissions, developed by ZF, and then to the rear As a result, the coupe takes off from a standstill to a hundred in 5.2 seconds and reaches a maximum of about 285 kilometers per hour. With such a volume, you should not hope for efficiency. Fuel consumption will be 21.6 liters of gasoline per hundred kilometers at a city pace , 10 liters during a measured trip along country road and 14.3 liters of fuel per hundred in the combined cycle. Despite its advanced age, Gran Turismo keeps up with the times. She has a refined and elegant design, which perfectly emphasizes the individuality and status of its owner in society. Such a car will attract attention even among competitors. The interior is a realm of uncompromising luxury, sporty ergonomics and unrivaled comfort. Even a long trip or heavy traffic will not be able to deliver the slightest inconvenience to the driver. The manufacturer is well aware that the hallmark of every sports car is its engine. That is why, under the hood of the coupe there is a good unit, which is a fusion of modern technologies and many years of experience of engineers. Maserati Gran Turismo is a status and dynamic car for true driving fans.