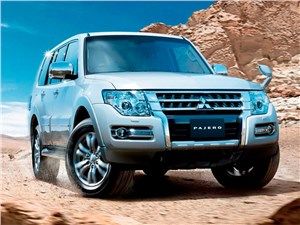 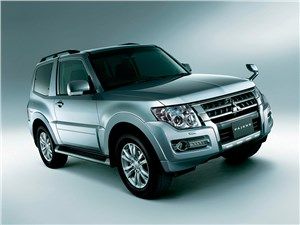 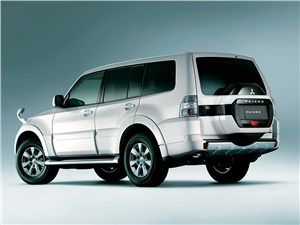 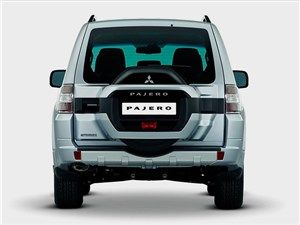 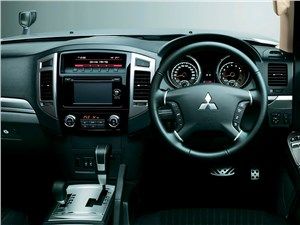 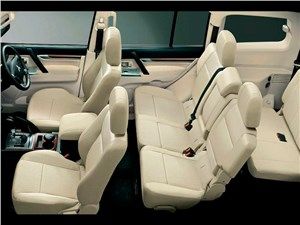 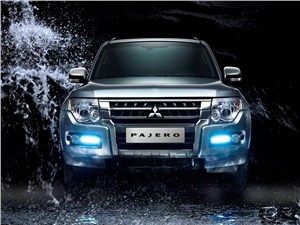 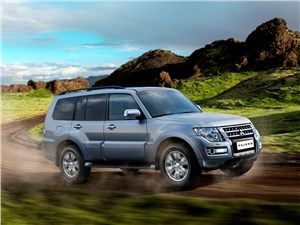 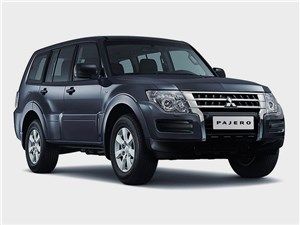 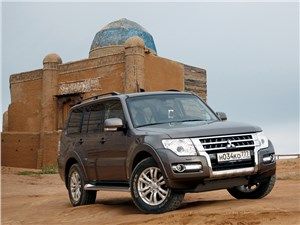 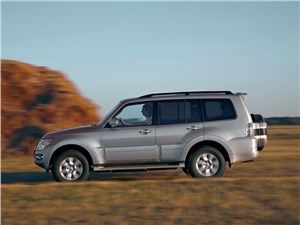 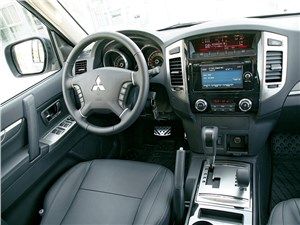 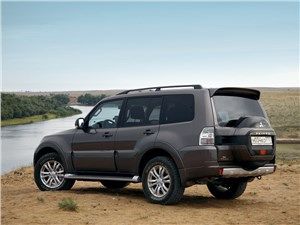 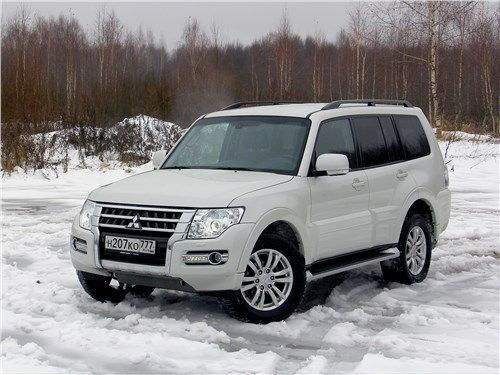 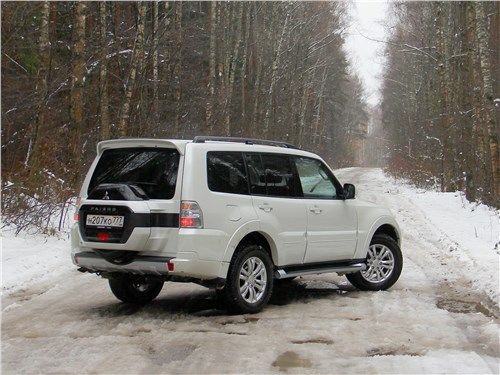 Mitsubishi Pajero first appeared before the domestic public at the annual Moscow International Automobile Salon in 2014. In fact, the model is the second restyling of the fourth generation. It will not be difficult to distinguish the new product from its predecessor, it has modified sections of daytime running lights in the form of small LED garlands next to small round foglights. Above them are large headlights with lensed optics, which are adjoined by a massive radiator grill. It features intersecting horizontal and diagonal chrome ribs and sports the logo of the Japanese manufacturer. In general, the car has noticeably freshened up, but at the same time has not lost its charm and is perfectly recognizable on the road. Mitsubishi Pajero is a large five-door SUV. Its overall dimensions are: length 4900 mm, width 1875 mm, height 1870 mm, wheelbase 2780 mm, and the ground clearance is 235 millimeters. Such ground clearance is typical for vehicles prepared for severe operating conditions. They can easily overcome the deep rut, will be able to storm curbs while parking and maintain excellent smoothness even on a bumpy paved road. The trunk of the Mitsubishi Pajero has a pretty solid volume. With the backs of the second row of seats raised, 663 liters of free space remain in the back. Thanks to such spaciousness, the SUV will become a great friend and helper wherever you go. If, on a whim of fate, the owner needs to take on board a larger cargo, he will always be able to fold the backrests of the rear row and free up to 1790 liters. Mitsubishi Pajero in the domestic market is offered exclusively with one engine, a five-speed automatic transmission and an all-wheel drive system. Despite the lack of options to choose from, the presented units are quite versatile and capable of meeting most of the requests of a potential buyer. The Mitsubishi Pajero engine is a large V-shaped gasoline atmospheric six with a volume of 2972 cubic centimeters. Good displacement and modern injection system allowed the engineers to squeeze out 174 horsepower at 5250 rpm and 255 Nm of torque at 4000 rpm. With such an engine, the SUV accelerates to the first hundred in 13.6 seconds, and the maximum speed, in turn, will be 175 kilometers per hour. With such a volume, you should not hope for efficiency. The Mitsubishi Pajero's fuel consumption will be 17 liters of gasoline per hundred kilometers at an urban pace with frequent acceleration and braking, 10.2 liters during a measured trip on the highway and 12.7 liters in a combined driving cycle. Mitsubishi Pajero keeps up with the times. It has a stylish and brutal design that perfectly emphasizes the individuality and character of its owner. Such a car will look great both on busy city streets and on dirt roads away from civilization. Salon is a kingdom of high-quality finishing materials, verified ergonomics, practicality and comfort. Even a long trip will not be able to deliver even the slightest inconvenience. The manufacturer is well aware that, first of all, the car should give driving pleasure. That is why, under the hood of the SUV there is a powerful and modern power unit, thanks to which Mitsubishi Pajero will serve for many kilometers and will give unforgettable emotions from the trip.