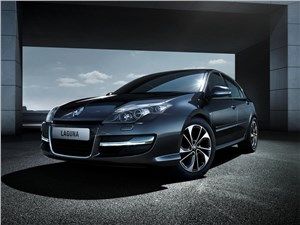 The release of the RENAULT LAGUNA III model was carried out from 2010 to 2019. 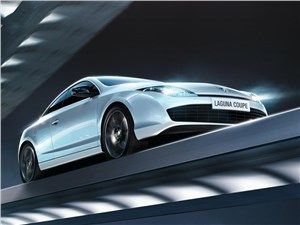 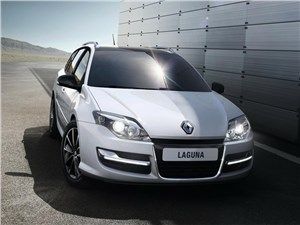 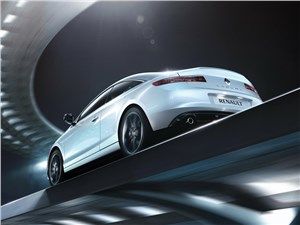 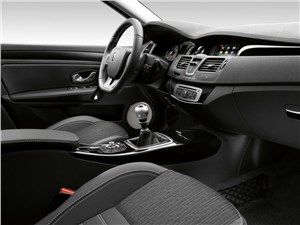 Renault Laguna is a whole family of mid-size cars, whose history dates back to 1993. The last, at the moment, the third generation appeared before the global audience in 2007 and lasted on the conveyor until 2013, when the manufacturer decided to refresh the model line and carried out a small restyling. The technical filling, as well as the main components and assemblies, did not receive significant changes, the list of options was expanded, the interior was slightly retouched and the design was changed. It will not be difficult to distinguish the new product from its predecessor. The angular headlamps with several round blocks of focusing lenses catch the eye. The radiator grille is a narrow ventilation slot, above which, on the hood, the manufacturer's logo flaunts. Below, under the bumper reinforcement, there is a small air intake, on the sides of which you can see special recesses with chrome inserts and LED strips. Renault Laguna is a mid-size D-class car, available in the following bodies: liftback, five-door station wagon and coupe. Their overall dimensions are: length 4695, 4803 and 4643 mm, respectively, width 1812 mm, height 1398 mm, and the wheelbase is about 2700 mm. The ground clearance also depends on the version. The smallest two-door has only 120 mm, the rest of the bodies are larger - 170 mm. The car is based on the common platform D for the Renault-Nissan concern, on which Teana and Murano are also built. The suspension has a fairly common layout. In the front there are independent MacPherson struts with an anti-roll bar, and in the rear there is a semi-independent torsion bar torsion. The Laguna's trunk is quite spacious. Depending on the body type, it is able to provide 423-430 liters for the coupe and liftback, as well as 508 liters for the station wagon. On the domestic market, the French manufacturer delivered only one power unit for the Renault Laguna, the flagship of the gasoline line. It is an in-line two-liter turbocharged petrol four. Thanks to dual camshafts and multi-point fuel injection, it develops 170 horsepower at 5000 rpm and 270 Nm of torque at 3250 rpm. As a transmission, an uncontested AJO six-speed automatic transmission with a learning function is offered. Drive exclusively to the front wheels. As a result, the car accelerates to the first hundred in 9.2 seconds and is maximum capable of developing 220 kilometers per hour. Fuel consumption will be 13 liters of gasoline in the city, 6.6 liters on the highway and 8.9 liters in the combined cycle. Renault Laguna has a full range of modern options. The car can be equipped with six airbags, ABS and stability control system, parking sensors, climate system, trip on-board computer, light and rain sensors, keyless entry, panoramic roof, adaptive headlights, cruise control, advanced audio system, alloy wheels and heated seats.