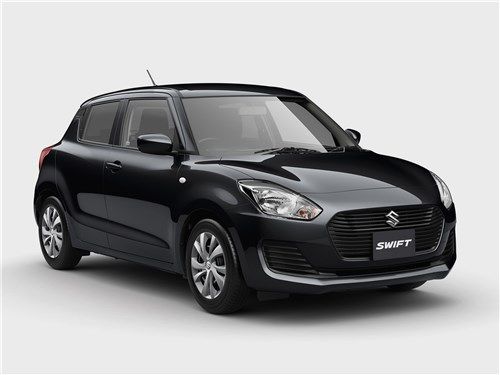 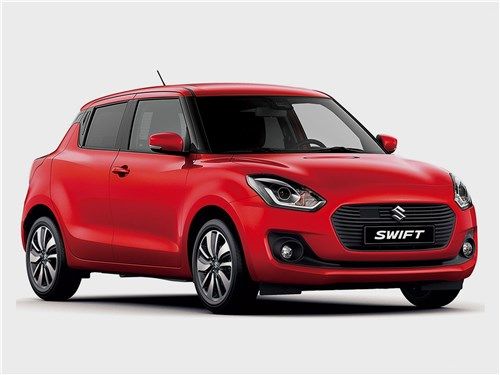 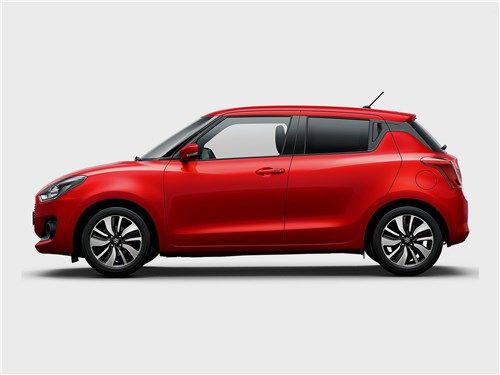 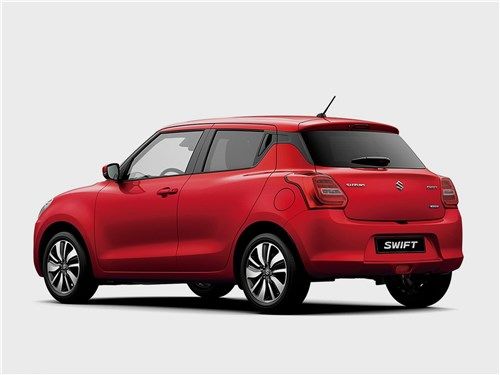 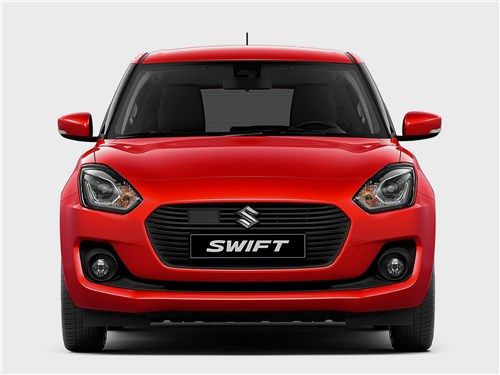 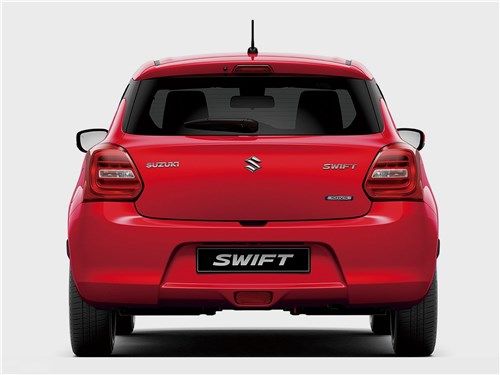 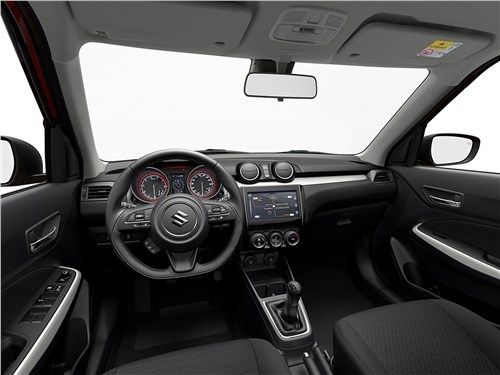 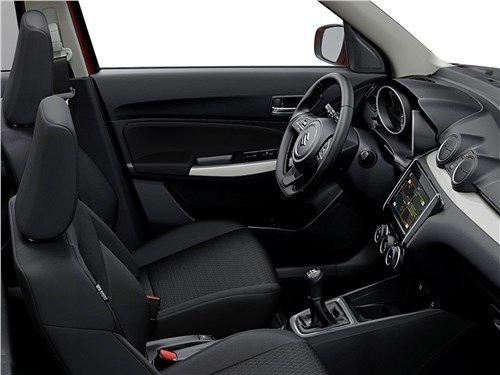 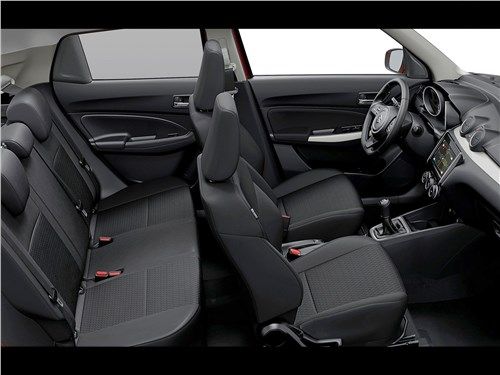 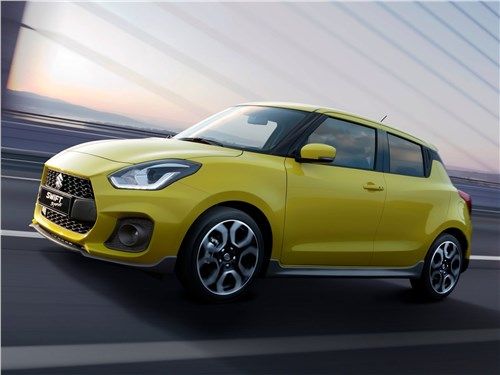 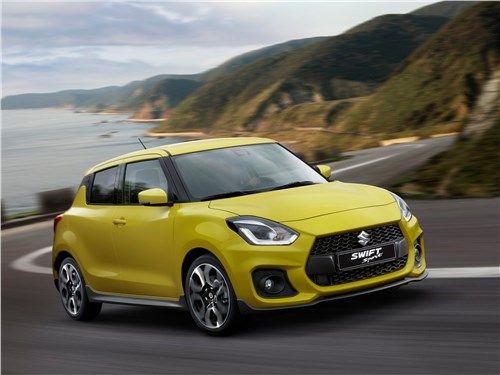 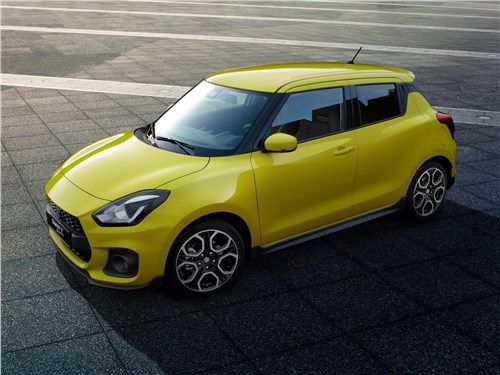 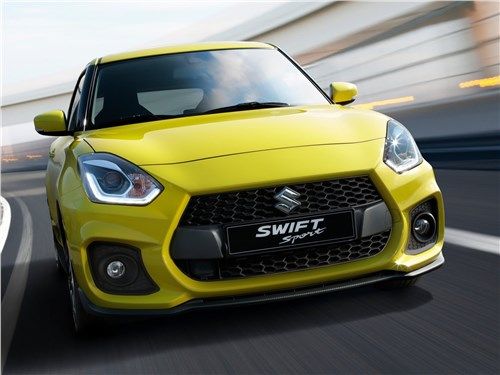 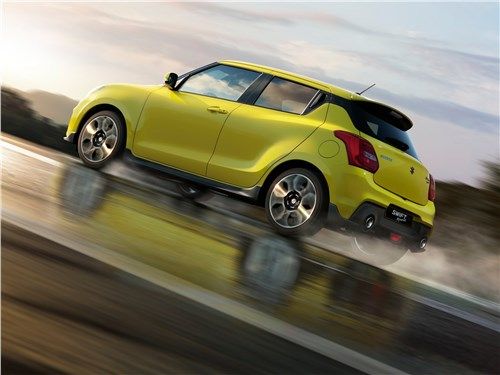 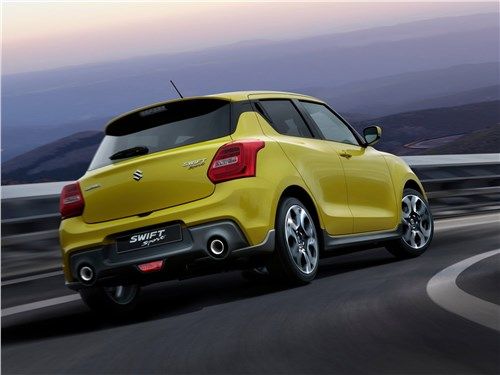 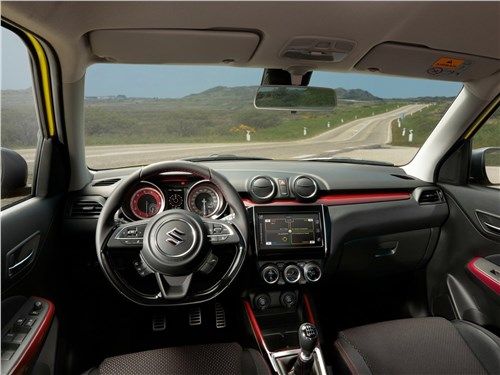 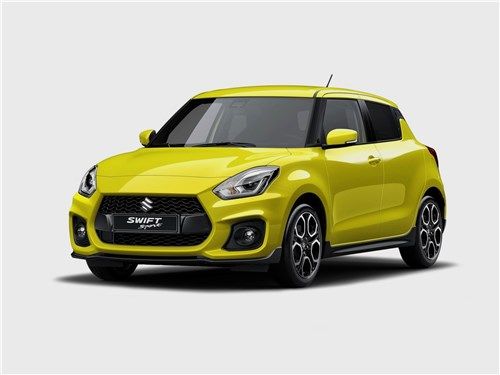 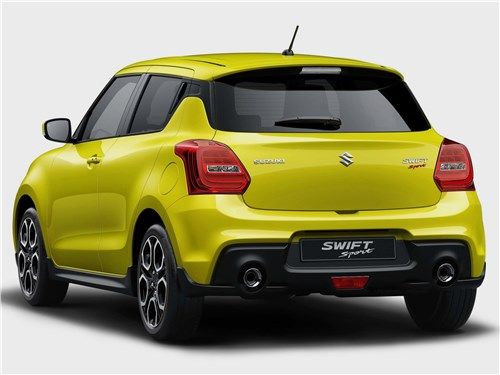 The new Suzuki Swift was revealed to the general public at the annual International Spring Geneva Motor Show in March 2017. The model is a full-fledged fourth generation, it has moved to a new platform, acquired interesting options and noticeably improved due to the widespread use of high-strength steels. It will not be difficult to distinguish the new product from its predecessor. It has stylish, fender-flattering headlights with lensed optics and curly sections of LED daytime running lights. The radiator grille has a hexagonal shape, consists of many thin horizontally oriented fins and flaunts the manufacturer's logo. In general, the car received a catchy and cocky design, but at the same time it has not lost its family traits and is still perfectly recognizable on the road. Suzuki Swift is a compact urban five-door B class hatchback. Its overall dimensions are: length 3840 mm, width 1694 mm, height 1501 mm, and the wheelbase is 2450 mm. Suzuki Swift's ground clearance varies from 120 to 145 millimeters, depending on the configuration. Such ground clearance is typical of urban runabouts. They have good maneuverability and can even storm small curbs while parking. The trunk of the Suzuki Swift cannot boast of good spaciousness due to the compact dimensions of the car. With the backs of the second row of seats raised, up to 265 liters of free space remains in the back. Thanks to this volume, the car will perfectly cope with the daily tasks of a city dweller, however, if the owner decides to take something relatively large on board, he will have to sacrifice seats. With the backrests folded down, up to 579 liters are freed up. Suzuki Swift is equipped with two power units, a hybrid power plant, mechanics, automatic transmission, variator, as well as front or all-wheel drive. Thanks to the widest range of units provided, the car becomes quite versatile and is able to satisfy most of the needs of a potential buyer. The base engine of the Suzuki Swift is an in-line naturally aspirated petrol four with a volume of 1242 cubic centimeters. Despite its small volume, it produces 91 horses at 6,000 rpm and 118 Nm of torque at 4,400 rpm. With this motor, you can install a five-speed mechanics, a variator, as well as front or all-wheel drive with a viscous coupling. The top-end version of the Suzuki Swift boasts a 996 cc in-line turbocharged gasoline three-cylinder engine. Thanks to a turbocharger and direct fuel injection, the engineers managed to squeeze out 102 horsepower at 5500 rpm and 150 Nm of torque in the range from 1700 to 4500 crankshaft revolutions per minute. For this power unit, instead of a variator, you can install a six-speed automatic and exclusively front-wheel drive. At an additional cost, both engines can be equipped with the SHVS system, which is based on an electric motor generator that develops 3.1 horsepower and 50 Nm of thrust. It helps the internal combustion engine during acceleration and generates energy during braking. The fourth generation Suzuki Swift has changed dramatically, both externally and internally. It has a bright and expressive design, which perfectly emphasizes the character and personality of its owner. Despite its compact dimensions, such a car will not get lost in a large parking lot and will not dissolve in the gray everyday stream. Salon is the kingdom of high-quality finishing materials, verified ergonomics and comfort. Even hours spent in a dense traffic jam will not be inconvenient. The manufacturer is well aware that, first of all, the car should give driving pleasure. That is why, the hatchback is equipped with the widest range of excellent units, which are a fusion of many years of experience of engineers in the field of engine building and unsurpassed Japanese quality. Suzuki Swift will serve for many kilometers and will give you unforgettable emotions from the trip.