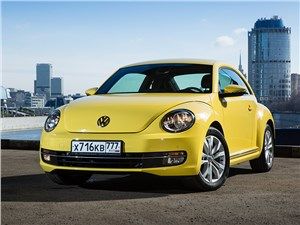 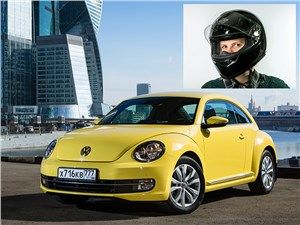 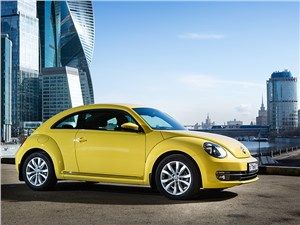 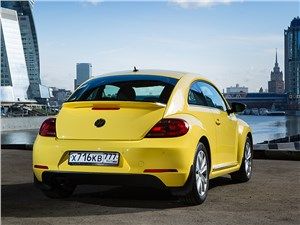 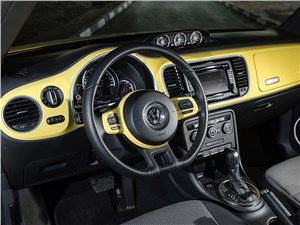 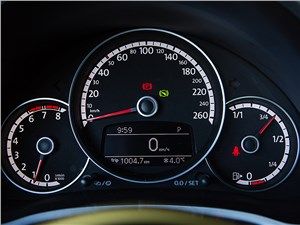 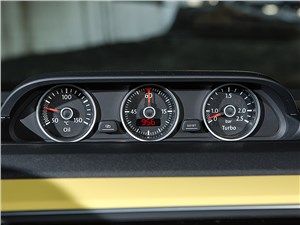 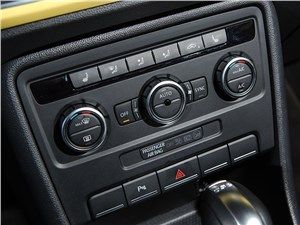 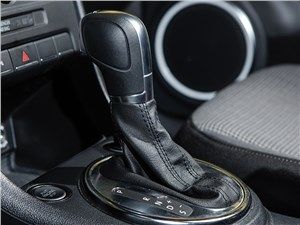 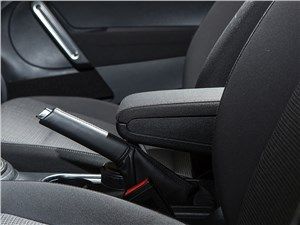 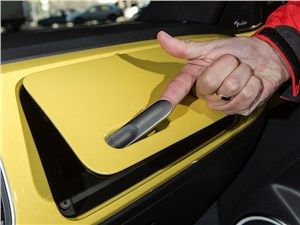 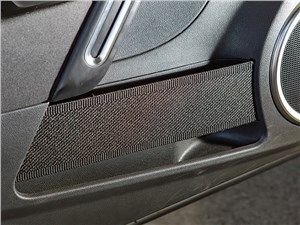 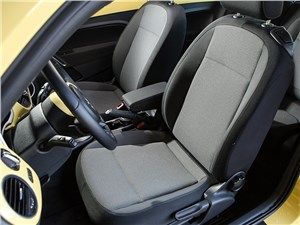 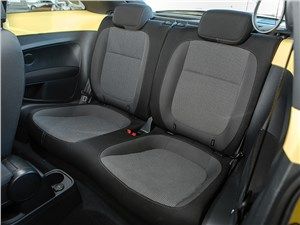 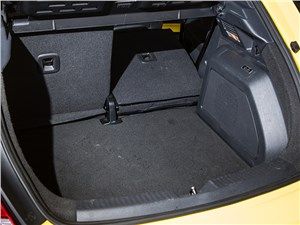 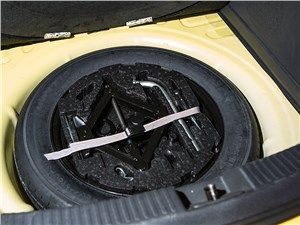 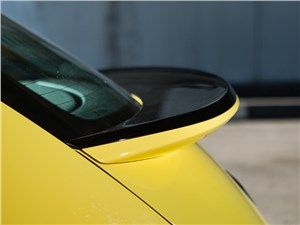 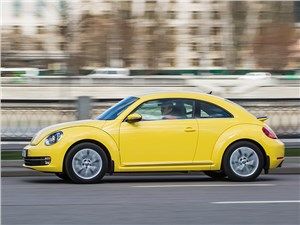 The new generation of Volkswagen Beetle appeared on the stage of the International Geneva Motor Show in March. The model has lost the New prefix and is already the third generation, and not another planned restyling. He received a completely new technical filling, modern interior and neoclassical design. The cute, rounded headlights with large reflectors and elegant chrome trim are striking. Due to the fact that the original model was air-cooled, the modern version also does not have a radiator grill. Only a small air intake on the front bumper is used to cool the engine and intercooler. It is covered with a plastic grill with thin intersecting horizontal and vertical ribs. In addition, it serves as a home for small angular fog lamp units. The feed also turned out to be quite successful. I would like to note the inflated fenders, unusual glass bevel and a small spoiler, hinting at the hot technical stuffing of the model. In general, the designers perfectly managed to cross the rather unusual features of the legendary car with modern realities and fashion laws. The Volkswagen Beatle is a Golf class four-seat hatchback. Its overall dimensions are: length 4278 mm, width 1808 mm, height 1486 mm, and wheelbase 2537 mm. The Beetle has an average ground clearance of 145 millimeters. This position is typical for most passenger road vehicles. They hold the road well, can drive on a small curb and do not lose stability, even at relatively high speeds. The Beatle's suspension is fully independent with multi-link architecture and anti-roll bars. Despite the unusual body shape, the Beetle's trunk has good roominess by the standards of this class. With the backs of the second row of seats up, there is about 310 liters of free space in the back. This volume is quite enough for both the everyday tasks of an ordinary car enthusiast and for a trip to the airport with several large suitcases on board. If, on a whim of fate, the owner has to take on board a relatively oversized cargo, he can always sacrifice the back row and free up to 905 liters of free space. In the domestic market, the car is equipped with three different engines, mechanical and robotic variable transmissions, as well as exclusively front-wheel drive. Thanks to a good list of alternative aggregates, the model becomes relatively versatile and is able to satisfy most of the needs of a potential buyer. The basic versions of the Volkswagen Beetle received an inline turbocharged petrol four at 1197 cubic centimeters. Despite the modest displacement, it produces 105 horsepower, accelerates the hatchback to a hundred in 10.9 seconds and consumes about 5.9 liters of gasoline per hundred kilometers, in a combined driving cycle. For those who like it hotter, the manufacturer can offer a similar unit with a displacement increased by 200 "cubes". It generates 160 horses, accelerates the car to 100 km / h in 8.3 seconds and consumes 6.6 liters of fuel under the same conditions. The oldest unit is a two-liter turbo four. Such versions develop 210 horsepower, shoot up to a hundred in 7.3 seconds and spend 7.3 liters in a combined driving cycle. The beetle is a car with a rather long and unusual history. The new generation boasts a stylish, but at the same time, iconic design, which perfectly emphasizes the character and personality of the owner. Due to its unusual shapes, such a car will not dissolve in the gray everyday stream and will not get lost in the large parking lot of the shopping center. Salon is the kingdom of high-quality finishing materials, verified ergonomics and comfort. Even a dense traffic jam or a country trip will not be able to deliver the driver and unnecessary inconvenience. Despite the funny appearance, the Beatle has a pretty serious technical stuffing. Under its hood is an excellent line of powertrains, which are a fusion of advanced engineering and unsurpassed German quality. The Volkswagen Beetle is a classic with a modern twist.