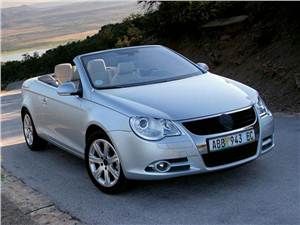 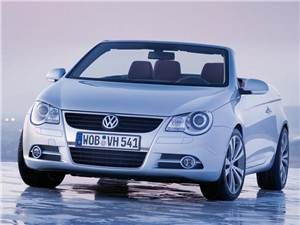 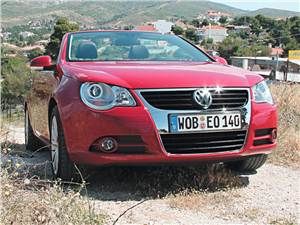 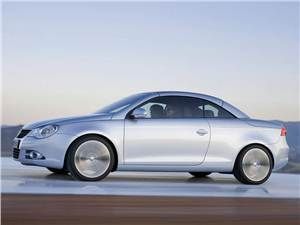 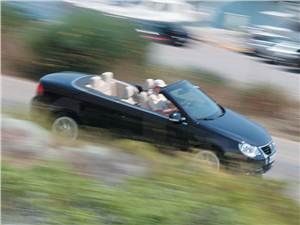 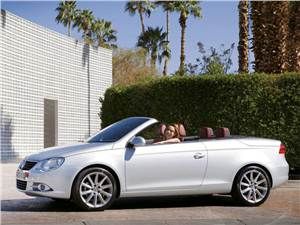 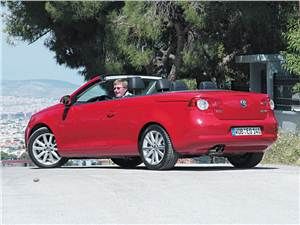 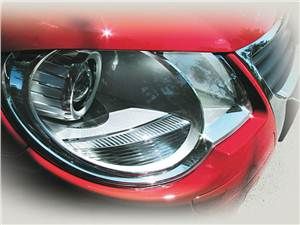 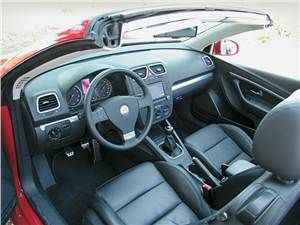 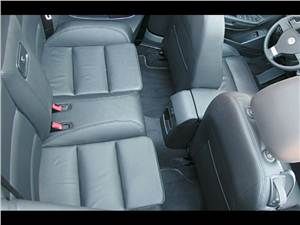 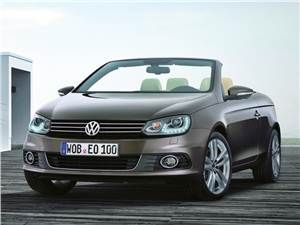 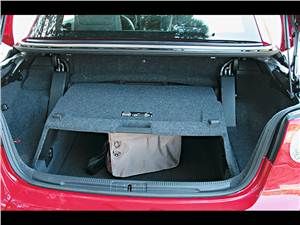 For the first time, the German manufacturer unveiled the Volkswagen Eos as a concept back in 2003 at the autumn Frankfurt International Motor Show. Its serial version debuted in 2005, and already in 2006 production was launched in Portugal. The novelty is the first, in the history of the manufacturer, a model with a coupe-convertible body. Moreover, it received an innovative roof folding mechanism developed by Webasto. Among other features, it is worth noting a four-seater salon, a powerful engine line, a wide range of equipment and design in a corporate style. The front of the car is similar to the Passat. It has large headlights with multiple focusing lenses and a small grille. It is covered with thin horizontally oriented ribs and flaunts the manufacturer's logo. Below, under the bumper reinforcement, is a compact air intake, designed in a similar style. On the sides of it are tiny round fog lights. The rear has two-tone brake lights, an embossed bumper and a chrome-plated double-barrel exhaust system. Dimensions Volkswagen Eos is a four-seater C-class coupe-cabriolet. Its overall dimensions are: length 4407 mm, width 1791 mm, height 1443 mm, and wheelbase 2578 mm. The ground clearance is small - only 130 millimeters. The car is based on the shortened PQ46 Volkswagen Passat B6 platform. It implies a front transverse arrangement of the power unit and a fully independent suspension. There are McPherson struts in the front, and a complex multi-link design in the back. One of the distinguishing features of the Eos is the folding roof design. It consists of five sections and has a special mechanism, thanks to which the top does not fold, but slides into a special compartment. This solution allows the roof to be removed in the garage even at high speeds. By the way, the folding process takes only 25 seconds. As for the trunk itself, depending on the mode, its volume varies from 205 to 380 liters. Technical characteristics In the domestic market, the convertible was offered with three different motors, six-speed mechanical and robotic variable transmissions, as well as exclusively front-wheel drive. The base engine of the Volkswagen Eos is the TSI inline turbocharged petrol four. Thanks to an advanced turbocharger and direct fuel delivery system, it produces 200 horsepower and 280 Nm of torque. Depending on the type of gearbox, acceleration to a hundred will take 7.8-7.9 seconds, and the maximum speed will be at around 229-232 km / h. Fuel consumption will be about 8.2 liters of gasoline per hundred in the combined cycle. Older models will receive a V-shaped petrol. an atmospheric six with a small camber angle of 3.2 liters. She develops 250 horses and 320 Nm of torque. The motor is equipped only with robotic gearboxes, accelerates the convertible to 100 km / h in 7.3 seconds, allows to gain up to 247 km / h and consumes about 9.2 liters of fuel per 100 km in the same driving mode. Equipment Volkswagen Eos has a wide range of optional equipment. It can be equipped with four airbags, ABS and stabilization system, active head restraints, cruise control, electrically adjustable and heated seats, xenon headlights, leather interior, alarm with immobilizer, Hi-Fi audio system, steering column adjustable for reach and height, as well as climate control and interior lighting.