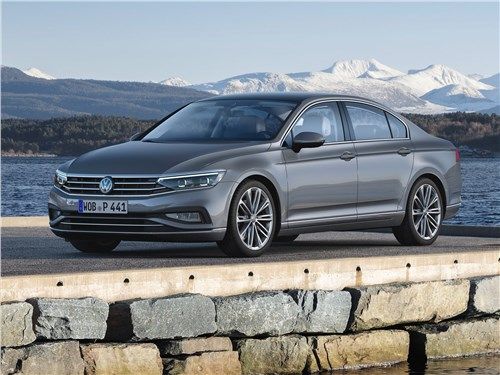 Table of factory and suitable tire sizes for VOLKSWAGEN PASSAT (3B2). 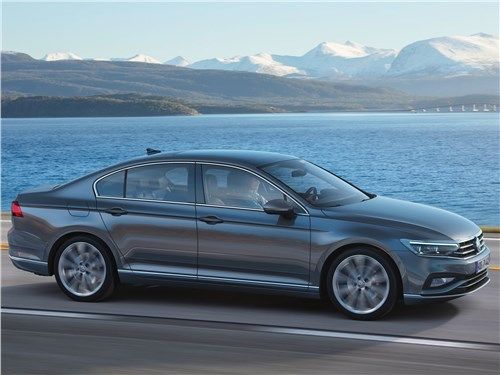 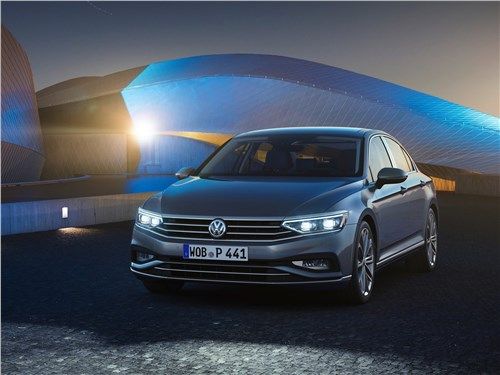 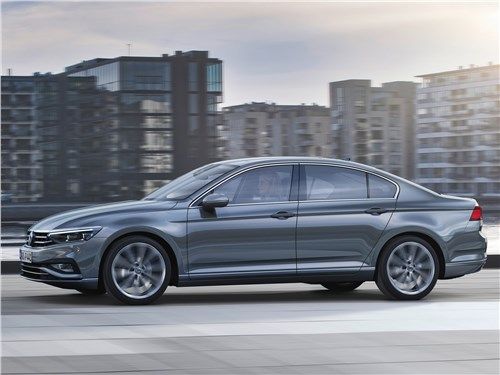 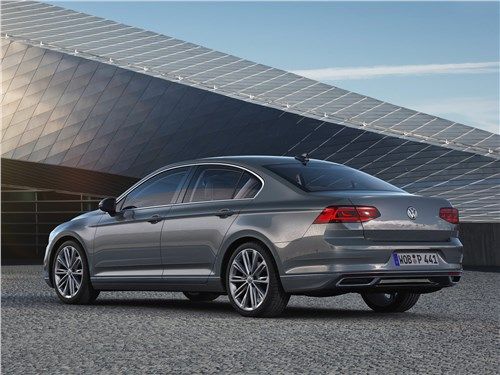 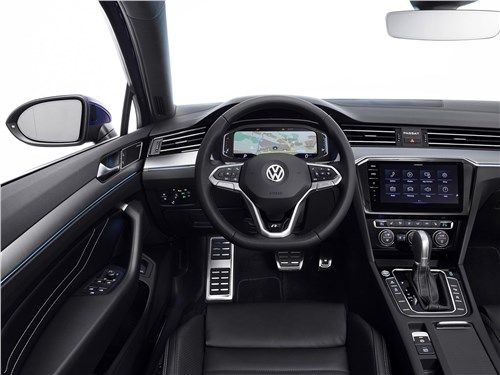 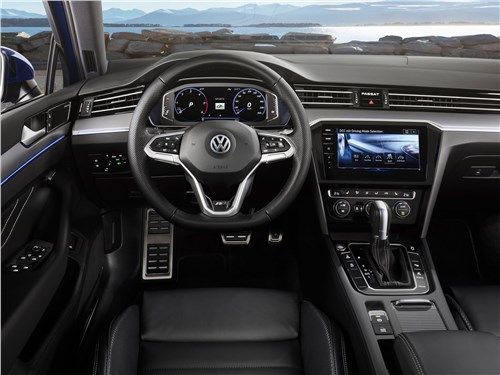 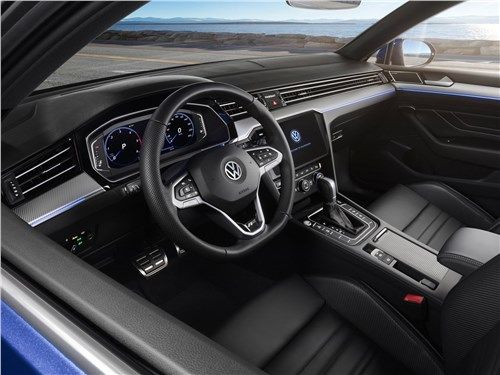 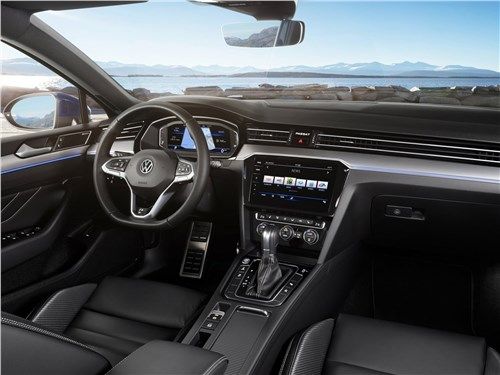 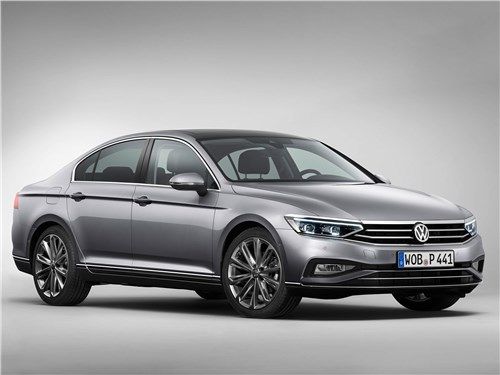 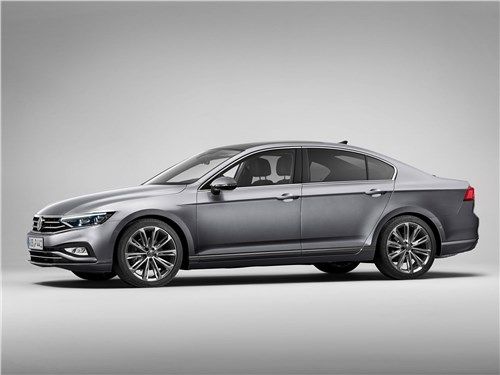 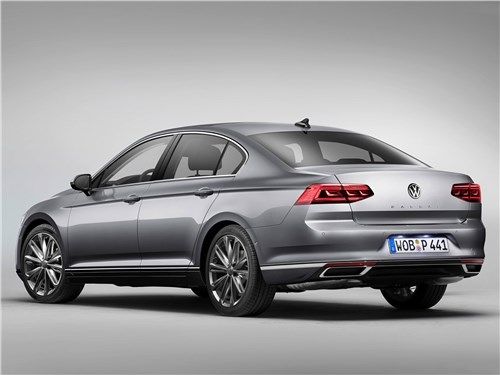 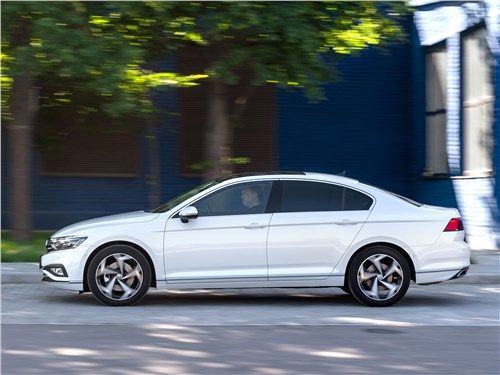 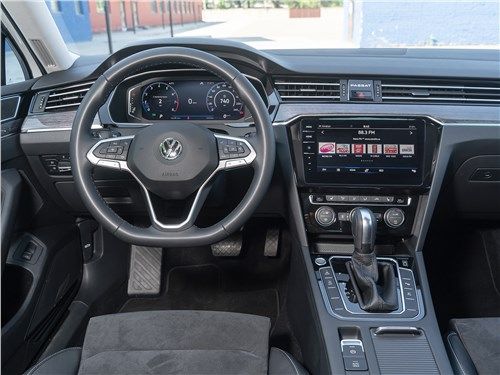 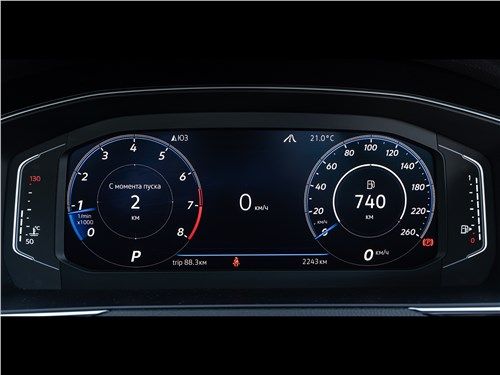 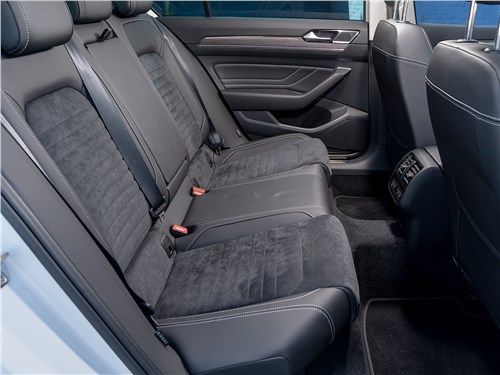 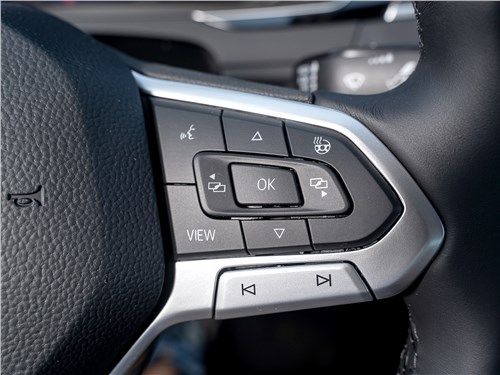 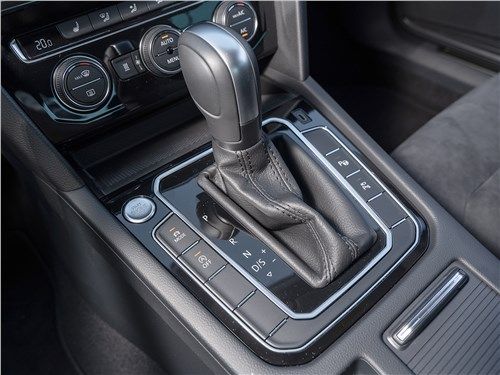 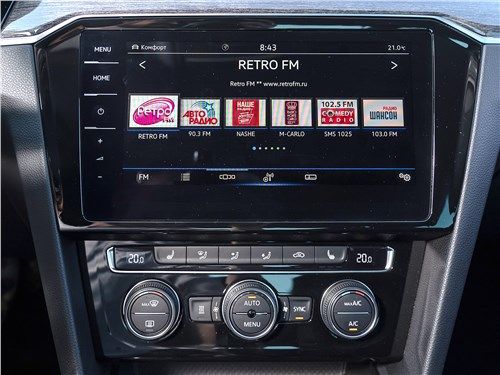 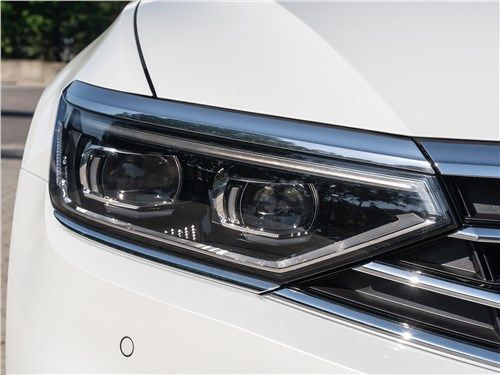 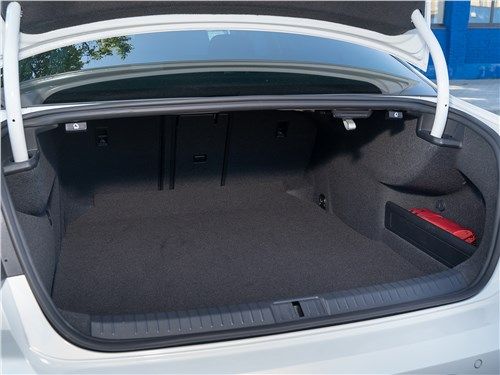 The original Volkswagen Passat with the B8 index appeared before the general public in 2014 and lasted 5 years on the assembly line. On the 5th February 2019, on the catwalks of a special event in Hamburg, the German manufacturer presented an updated version. In fact, it is the first, but rather deep restyling of the eighth generation. The novelty received a modernized line of power units that meet the latest environmental requirements, a redesigned interior, as well as a semi-automatic autopilot and an updated multimedia system. As for the appearance, the strict and laconic exterior of the German has not undergone any fundamental changes. First of all, new headlights with modernized filling and other graphics are striking. LED daytime running lights now surround virtually the entire unit. The radiator grille has slightly increased in size, mainly due to a decrease in the lining on the bumper reinforcement. The central air intake has also increased. On the stern, you can see a more prominent bumper and a larger lettering located in the middle of the trunk lid. Volkswagen Passat belongs to the mid-size class and is available in three versions: a four-door sedan, a station wagon and an all-terrain station wagon. Although the body itself has not undergone tangible changes, the new bumpers were slightly larger than the previous ones. From now on, depending on the body type, the car has 4775 mm in length, 1832 mm in width, 1456-1477 mm in height and 2791 mm between the axles. The ground clearance of the standard versions is an average of 145 millimeters. For fans of out-of-town trips, the Alltrack version is available. About 174 millimeters remain between its bottom and the ground. The suspension itself is completely independent. Supplied by default with coil springs and telescopic shock absorbers. Adaptive DCC racks are available at an additional cost. They have received new settings and can provide 15 different levels of damping. The entire range of Volkswagen Passat power units has undergone modernization and meets the most stringent environmental requirements. Diesel units are equipped with particulate filters and comply with Euro 6d-temp standards. In addition to the units installed before restyling, the newest 2.0 TDI Evo will be available, developing 150 horsepower. The petrol lineup will consist of a 1.5 TSI for 150 horses and two 2.0 TSIs for 190 and 272 hp. Hybrid versions will continue to be powered by a 1.4-liter internal combustion engine in tandem with a 115-horsepower electric motor. As for the rechargeable versions, they will receive a more capacious battery of 13 kWh, which will increase the cruising range from 50 to 70 kilometers. The main innovation, in terms of additional equipment, for the Volkswagen Passat is the newest IQ.Drive complex, designed to combine all driver assistance systems. Its functionality will include assistance when changing lanes, tracking compliance with lane traffic and keeping the car on the lane, collision avoidance, parking assistant with automatic parking function, adaptive cruise control and semi-automatic autopilot Travel Assist.