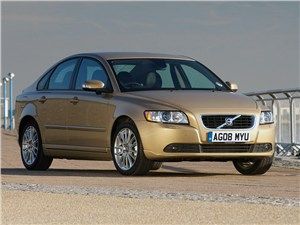 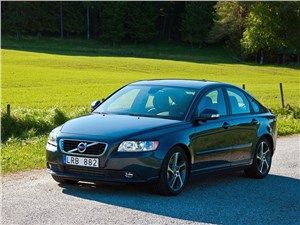 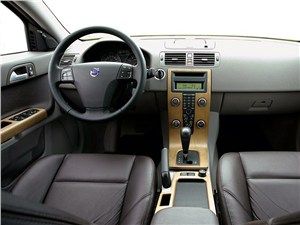 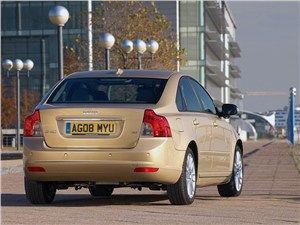 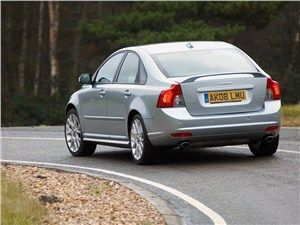 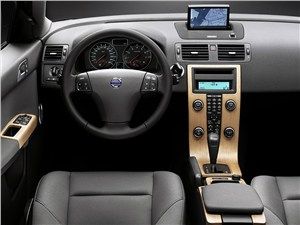 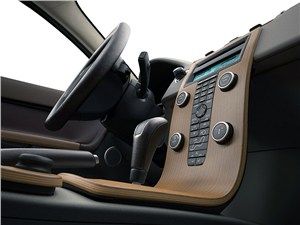 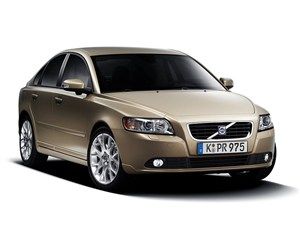 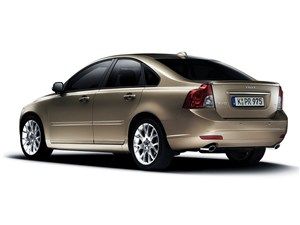 The second generation Volvo S40 can be called a long-liver. It lasted on the assembly line for eight years and underwent a slight restyling in 2007. The secret of this success lies in the concept of the model. Despite its class, it has a rich list of equipment and a level of comfort typical of the older segment. Under the hood, there is a rich line of units aimed at both ordinary drivers and lovers of an active driving style. Thanks to its compact size and light weight, the car boasts ease of handling and a more adventurous character. As for the exterior, it is completely made in the corporate style and echoes the rest of the manufacturer's models. It features calm, rectangular headlights with rounded corners and round focusing lenses. The radiator grille also has a rather modest size and is covered with many thin intersecting fins, on top of which there is a large manufacturer's logo. Volvo Es40 is a five-seater premium Golf class sedan. Its overall dimensions are: length 4476 mm, width 1770 mm, height 1454 mm, and the wheelbase is 2640 mm. The ground clearance is lower than usual at about 135 millimeters. The base for the car was the P1 platform, known from such models as the Mazda of the third series and the Ford Focus. They have a completely independent suspension arrangement. There are independent McPherson struts on the front axle, and a multi-link design at the rear. The chassis is equipped with coil springs, anti-roll bars and double-acting telescopic shock absorbers. The trunk of the S40 is quite spacious - 404 liters of usable space in the standard position. For transporting long loads, the rear sofa can be folded down and free up to 883 liters. In the domestic market, the Volvo S40 received a set of four power units, mechanical, robotic and automatic variable transmissions, as well as front or four-wheel drive. The basic version received a 1.6 liter four per 100 horsepower. It accelerates the sedan to a hundred in 11.9 seconds and is capable of developing 185 kilometers per hour. It is equipped with a five-speed manual transmission, front-wheel drive and consumes about 7.1 liters of gasoline per hundred in the combined cycle. The next is a two-liter four for 145 horses. She works with a robot, gains 100 km / h in 9.8 seconds and rests at 205 km / h. Consumption will be 8.1 liters per hundred. For an additional fee, a 2.4-liter five-cylinder unit can be ordered. It gives out 170 forces, fits with the machine gun and consumes 9.1 liters. Starting from a spot to a hundred will take 8.9 seconds, and the high-speed ceiling is 215 km / h. At the top of the engine range are 2.5-liter turbocharged fives. They produce 230 horses, come with a mechanic and automatic, as well as an all-wheel drive system. Such modifications shoot up to 100 km / h in just 7.1-7.5 seconds and are maximally capable of developing 225-230 km / h. Average consumption will be 9.6-9.8 liters. Even in the basic configuration, the Volvo S40 boasts a high level of equipment. The simplest model is equipped with front and side airbags, ABS, power windows in each door, air conditioning, heated front seats, audio system and passive cruise control. For an additional fee, leather trim, bi-xenon headlights and electric power seats are available.