Table of factory and suitable tire sizes for AUDI A1 (8X1, 8XF). 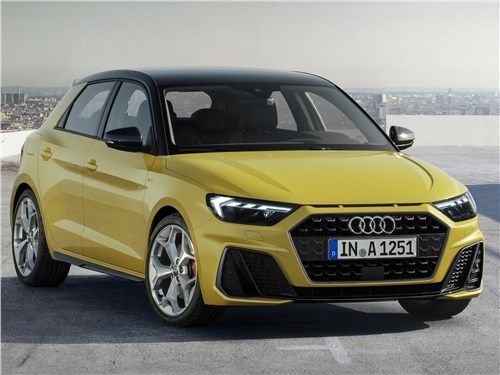 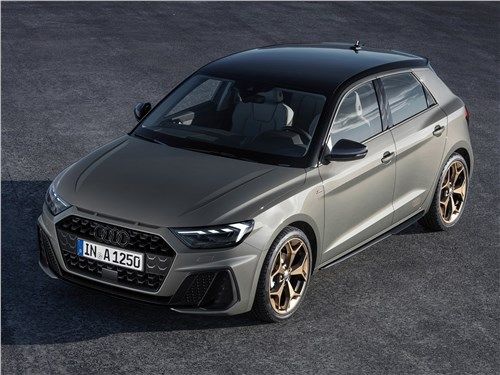 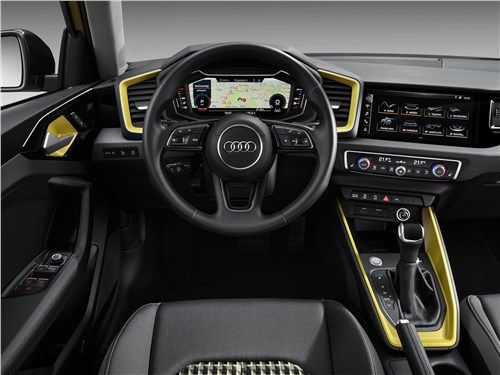 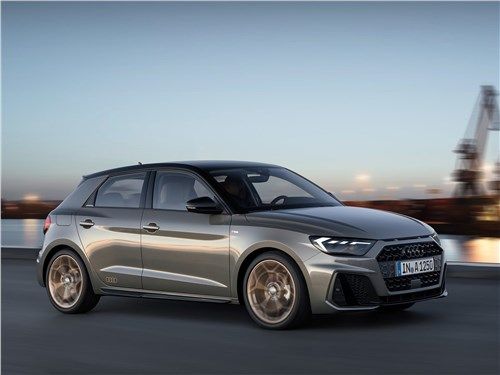 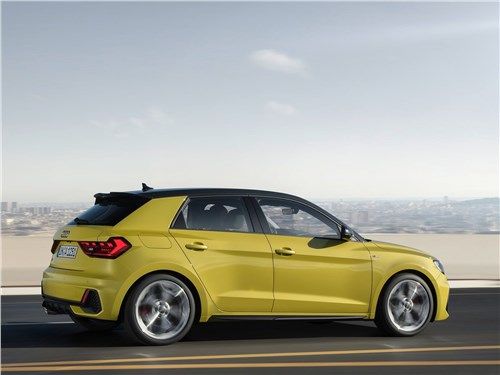 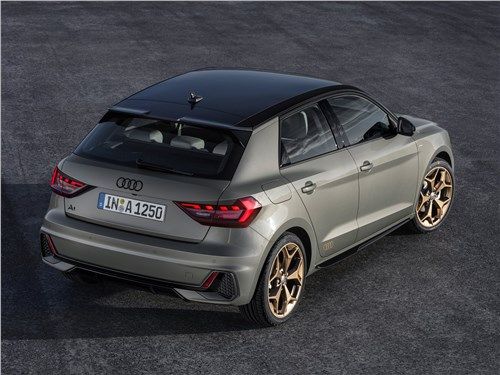 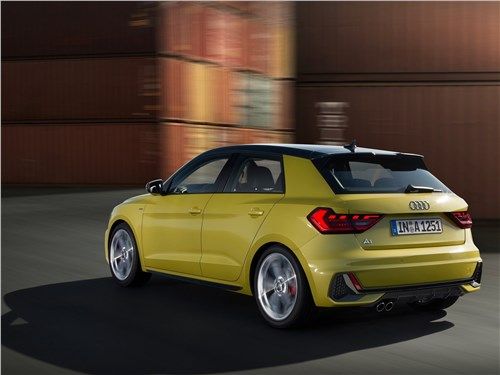 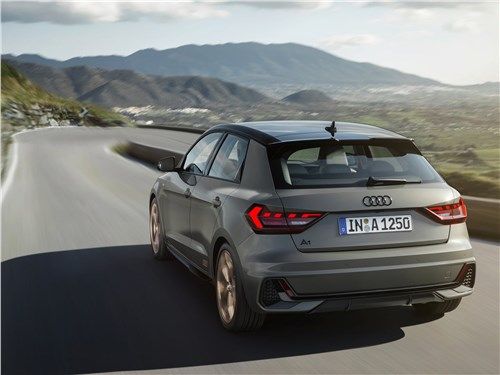 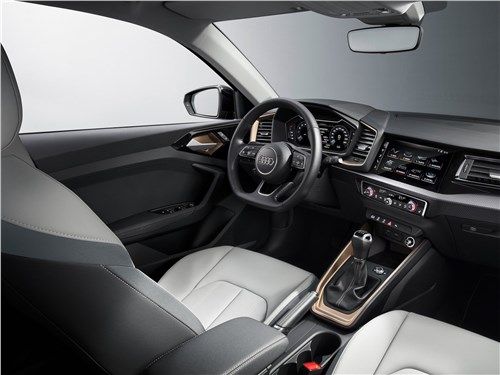 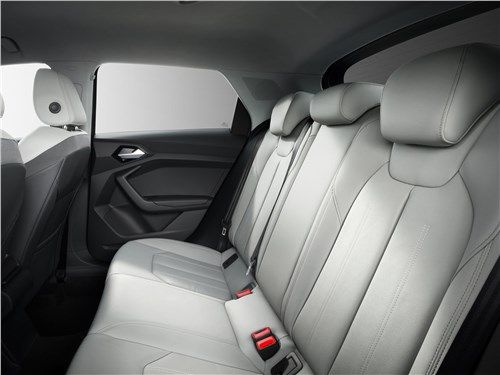 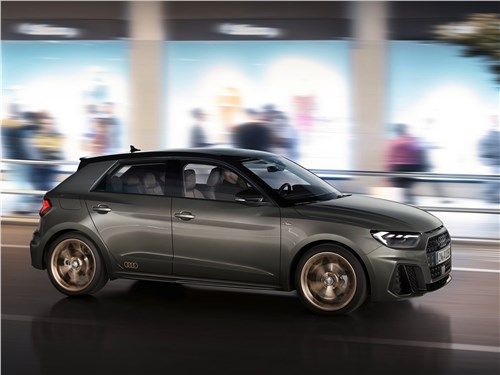 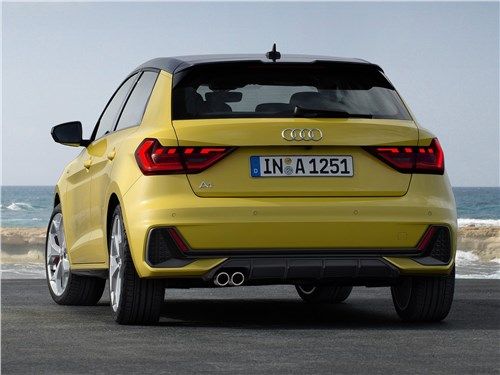 The new generation of the Audi A1 was presented to the world community on June 18, 2018. The novelty is a full-fledged second generation, and not another planned restyling. The manufacturer applied a new version of the proprietary modular platform, changed the power line, completely removed the heavy fuel units, redrawn the interior and radically redesigned the design. Aggressive angular headlights with darkened optics and stunning sections of LED daytime running lights are striking. A small ventilation gap appeared between the front bumper and the hood, and the radiator grill itself received a slightly different design. It has retained its pentagonal shape, but instead of the traditional slender ribs, it sports a plastic mesh with large hexagonal meshes. On the sides of it you can see the relief air intakes, decorated in a similar style. As for the stern, it also turned out to be quite interesting. I would like to note the spectacular brake lights with full LED filling, a small spoiler on the fifth door and a symbolic diffuser on the bumper. In general, the model looks much more interesting and aggressive than its predecessor. Audi A1 is a premium subcompact hatchback. From now on, it is produced exclusively in a five-door version, and its overall dimensions are: length 4030 mm, width 1740 mm, height 1400, and the wheelbase is 2560 millimeters. Thanks to this tangible increase, the cabin has become noticeably more spacious. As for the trunk, when loaded under the shelf, it is able to accommodate about 335 liters of usable space, compared to 270 for the first generation. If, on a whim of fate, the owner has to take on board a larger cargo, he will always be able to fold the backs of the rear row of seats and free up to 1090 liters of usable space. The second generation of the Audi A1 has completely lost diesel power units, however, it boasts a good choice of subcompact gasoline engines with a proprietary turbocharging system. Basic versions are equipped with a liter three-cylinder unit that develops 95 horsepower and a very adult 175 Nm of torque. Alternatively, a more uprated version with 116 horses and 200 Nm of thrust can be ordered. For hotter lovers, the manufacturer can offer a 1.5-liter four. It generates 150 hp and 250 Nm. Top-end configurations can boast of a rather serious unit, by the standards of such a small machine. This is a two-liter turbo four, giving out 200 lumens and 320 Nm. The transmission is a six-speed manual or a proprietary DSG preselective robotic gearbox with seven gears. The drive is exclusively front. With the change of generation, A1 has seriously changed. She has a rather aggressive and catchy design, reminiscent of the older models of the manufacturer. Such a car will not dissolve in the gray everyday stream and will perfectly emphasize the individuality of its owner. Salon is a kingdom of high-quality finishing materials, well-thought-out ergonomics and comfort. Even dense city traffic or a long road will not be able to deliver unnecessary inconveniences to the driver. The manufacturer is well aware that models of this class, first of all, should give driving pleasure. That is why, under the hood of the hatchback there is a powerful and compact unit, which is a fusion of advanced technologies and unsurpassed German quality. The Audi A1 is a dynamic, compact and high-profile vehicle.