The release of the BENTLEY FLYING SPUR model was carried out from 2013 to 2019. 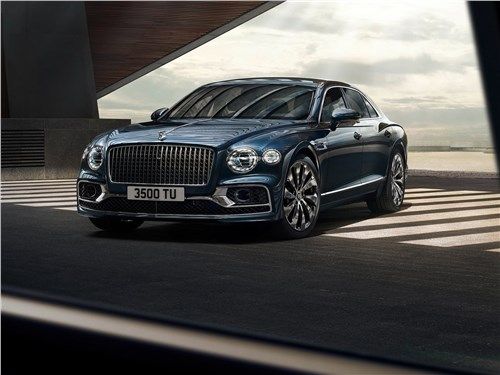 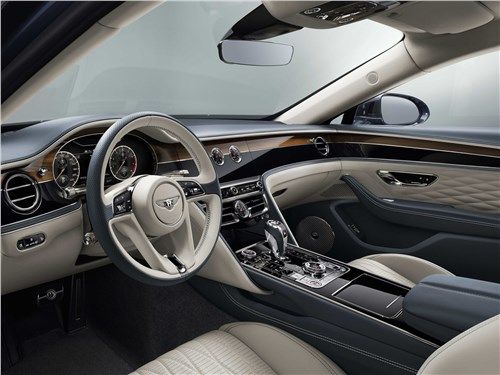 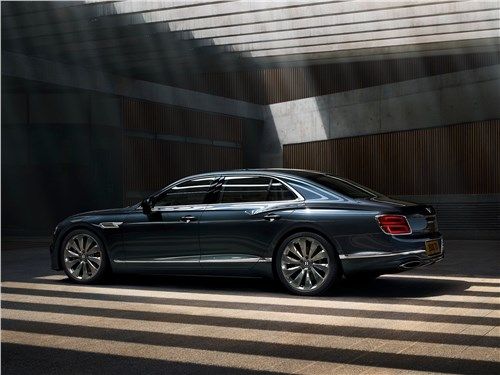 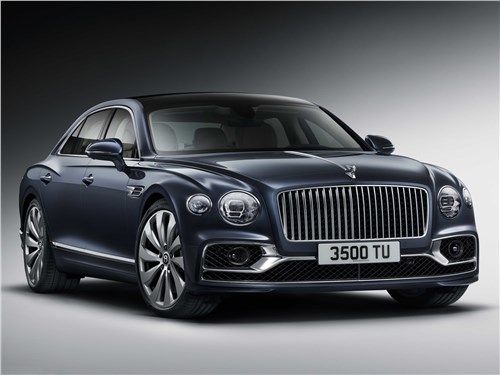 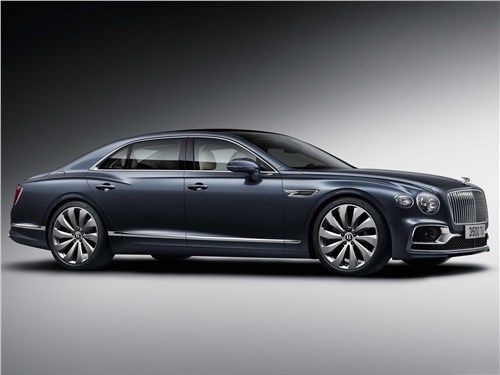 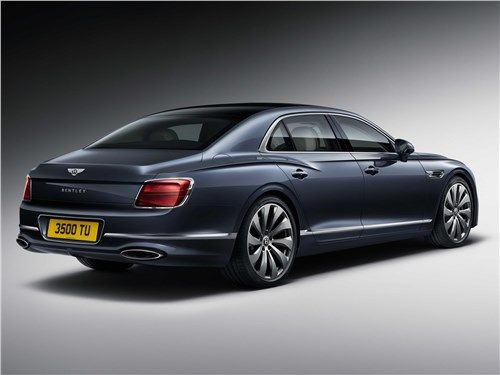 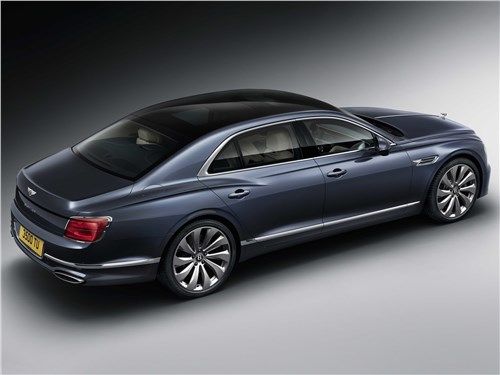 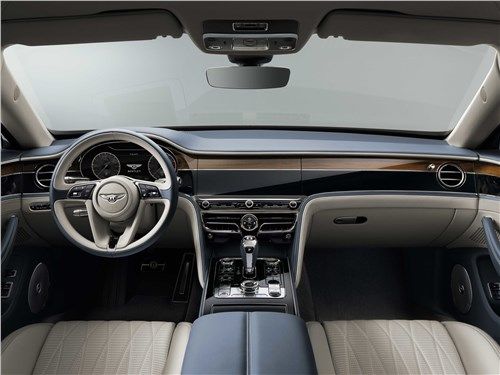 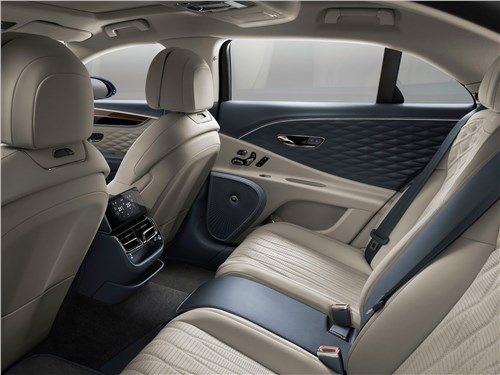 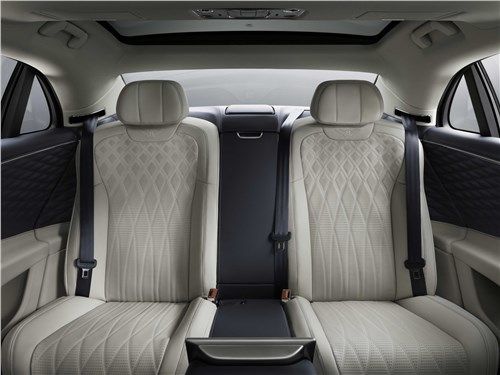 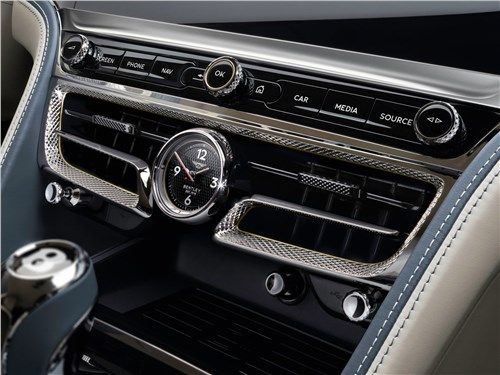 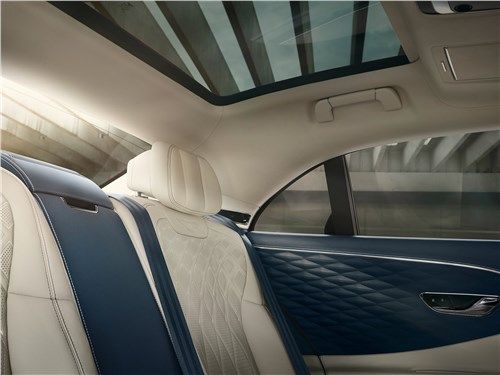 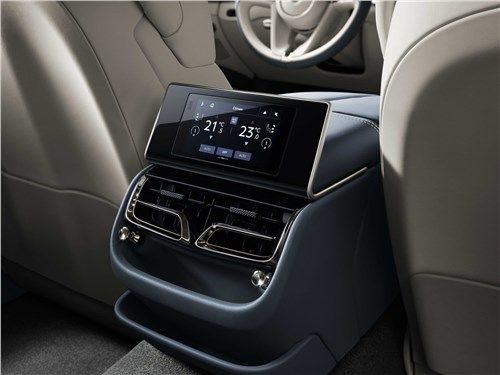 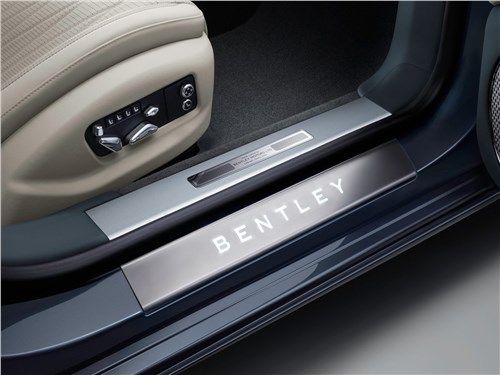 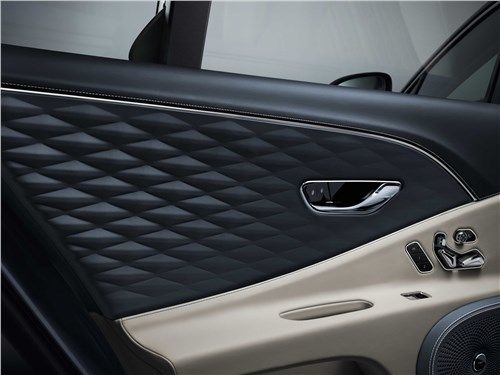 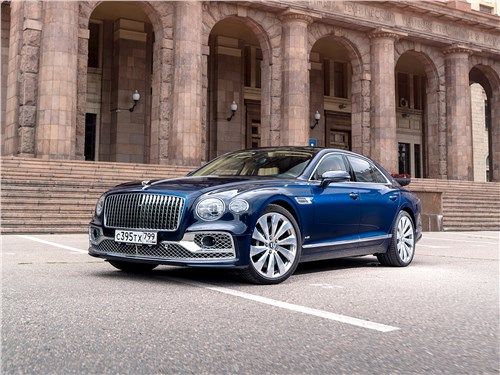 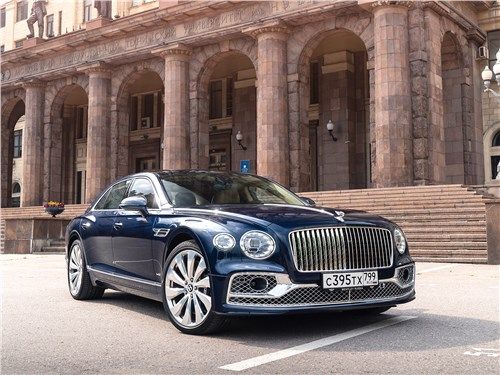 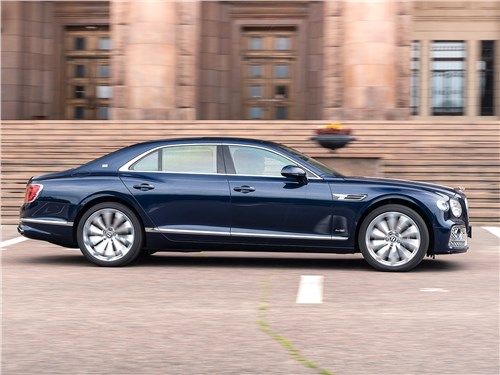 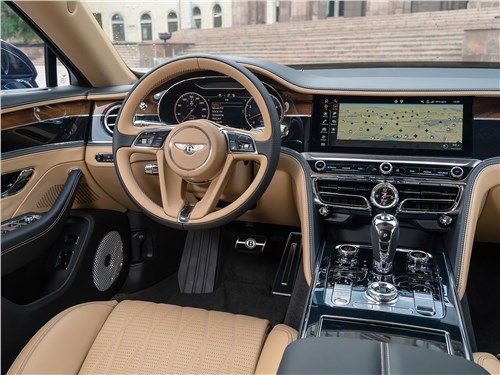 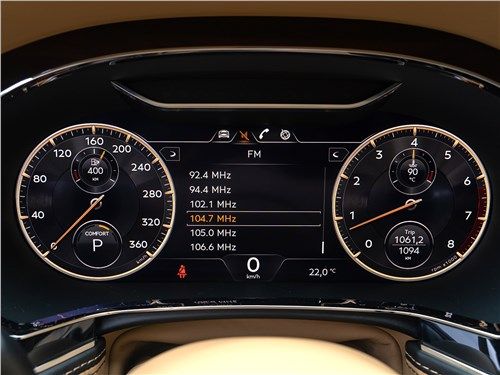 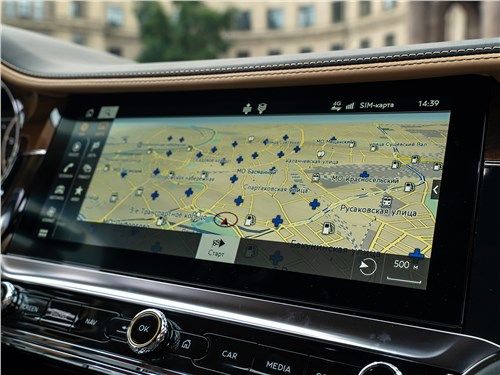 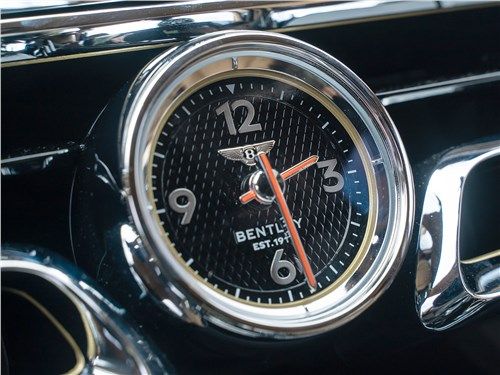 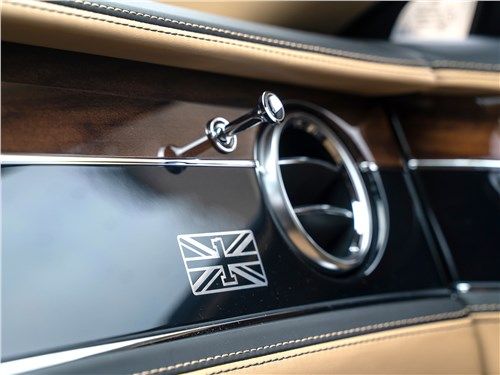 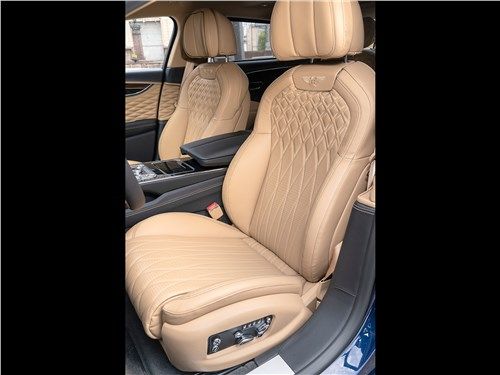 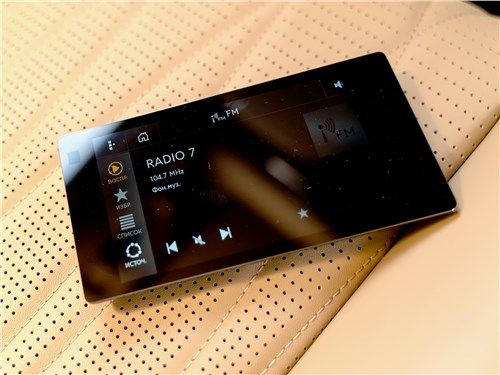 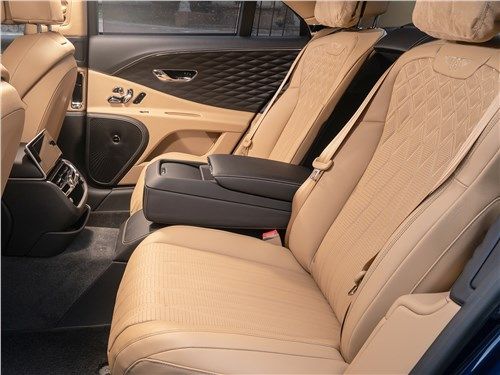 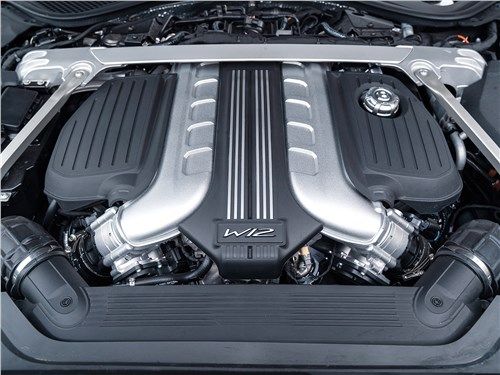 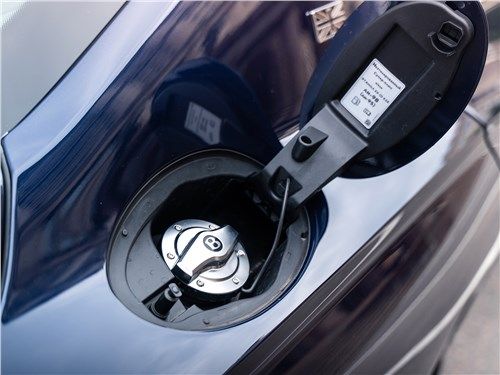 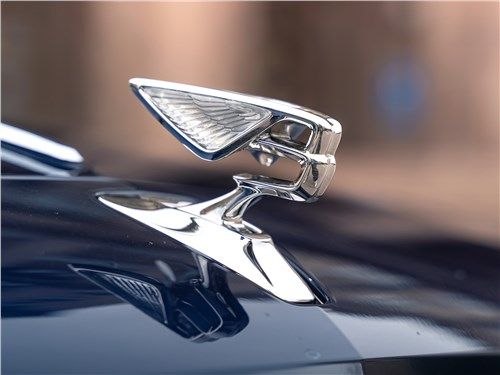 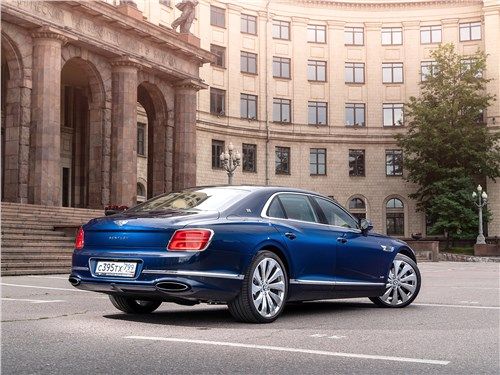 The second generation Bentley Flying Spur was released in 2013. It was built on the platform of the VAG concern and has lost the Continental prefix in its name. In 2019, the English manufacturer introduced a new, third generation. Its official sales start in the first half of 2020 for versions with the highest performing engine. A little later, it will be possible to purchase a version with a less powerful engine. The novelty moved to another base, received a modernized power unit, a radically different transmission, a luxurious interior with wide personalization options and a high level of equipment, as well as a radically redesigned exterior. In general, the car retained its family features, but received slightly different proportions. The radiator grille has noticeably grown in size. She received a design from a variety of thin chrome-plated vertical ribs. The designers retained the double optics, however, the headlight units are now different in size. As for the stern, it received less elongated brake lights, and the license plate moved from the trunk lid to the rear bumper. The Bentley Flyin Spur is a luxury premium full-size sedan. After the change of generations, the overall dimensions of the car are: length 5316 (+21) mm, width 1978 (+2) mm, height 1484 (-4) mm, and the distance between the wheelsets has increased by 129 mm and is 3194 mm. The second generation is based on the latest version of the MSB platform. It also forms the basis of the second generation Porsche Panamera. Thanks to this base, the front axle was shifted forward, which increased the stability and handling of the car. Moreover, for the first time in the history of the model, it received a fully controlled chassis. Like the soplatform Panamera, the rear wheels of the Flying Spur at low speeds turn in the opposite direction from the front axle, and at high speeds in the same direction. Among other things, the new three-chamber air suspension is worth noting. It has three chambers with a total volume 60% higher than that of its predecessor. Also worth noting are the adaptive CDC struts and the active roll suppression system. At the start of sales, the manufacturer will offer a model with one single power unit. The Bentley Flying Spur engine is a huge 12-cylinder W-shaped 6-liter TSI engine that, in addition to its huge displacement, boasts an advanced turbocharging system, direct fuel injection and phase shifters. As a result, the engineers managed to squeeze out 635 horsepower and 900 Nm of torque. It is worth noting that the third generation received a completely new transmission. The predecessor had an eight-band hydromechanical classic automatic ZF. The novelty, in turn, received a preselective robot with eight gears and two clutches. The algorithm of the all-wheel drive system has changed. Most of the time, the torque is transmitted to the rear wheels, however, if there is a danger of slipping, the electronics transfers some of the traction to the front axle using a special multi-plate clutch. As a result, a sedan weighing 2437 kg shoots from zero to hundreds in just 3.8 seconds and is maximum capable of gaining up to 333 kilometers per hour. The Bentley Flying Spur salon is a real kingdom of luxury. The buyer can choose from a huge number of combinations of leather trim, veneer inserts and ceiling trim. In addition to exclusive materials, the manufacturer offers a high level of equipment. So, the car can be equipped with a 2200-watt audio system, a separate remote control for controlling all functions of the rear row, a fully panoramic roof, from edge to edge, three-dimensional leather inserts with a diamond pattern, as well as an unusual console with replaceable panels. At the choice of the owner, on the front panel, thanks to a special mechanism, a blank overlay, a multimedia system screen or analog dials can appear.