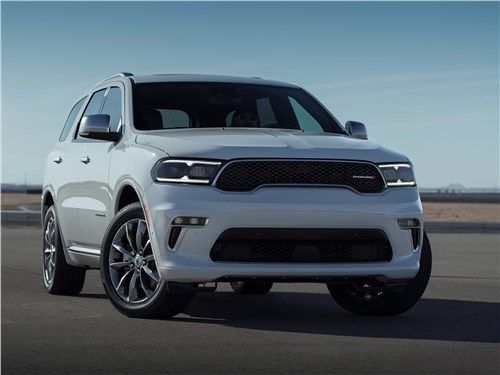 Table of factory and suitable tire sizes for DODGE DURANGO. 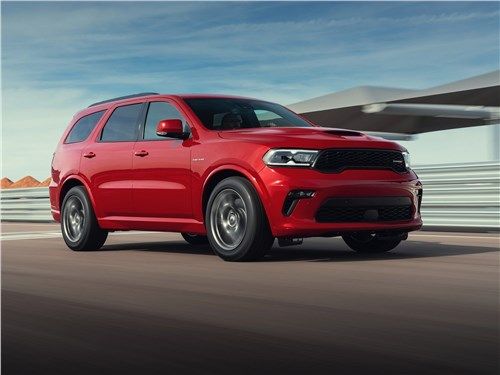 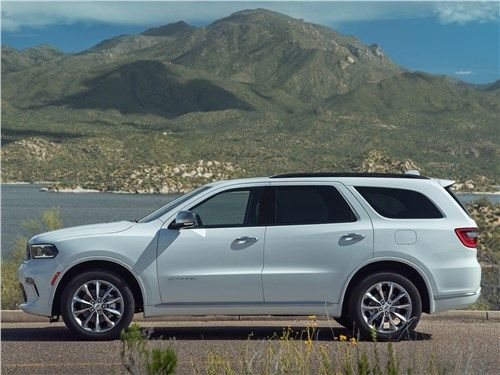 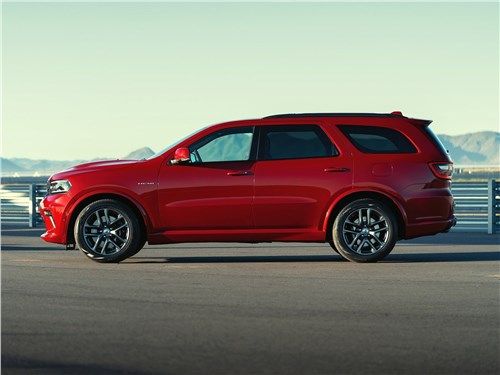 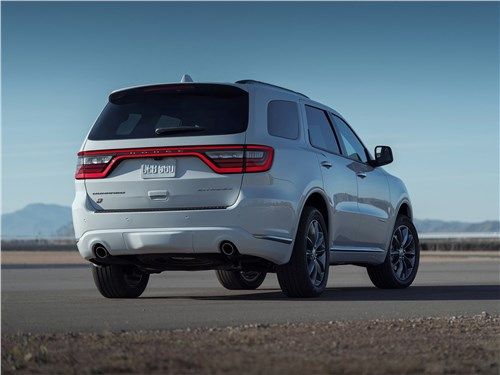 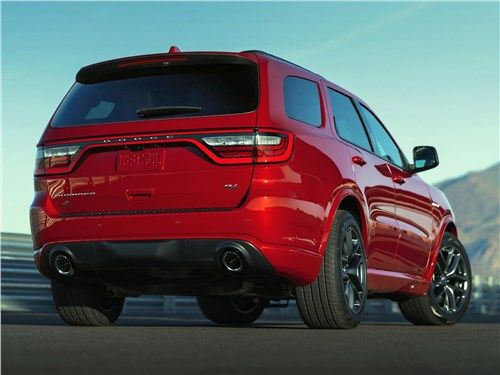 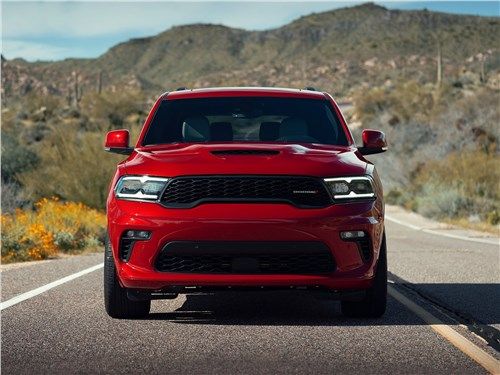 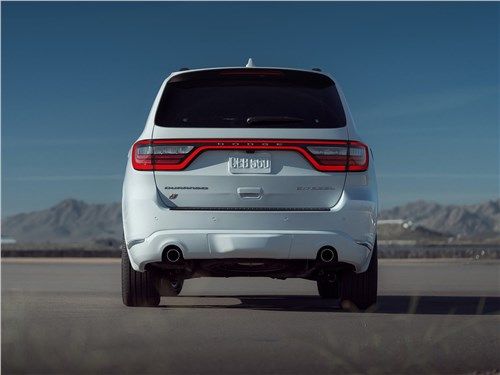 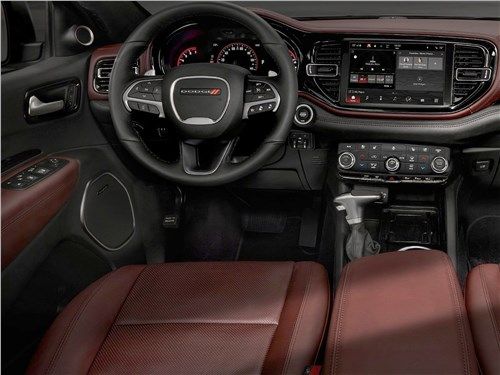 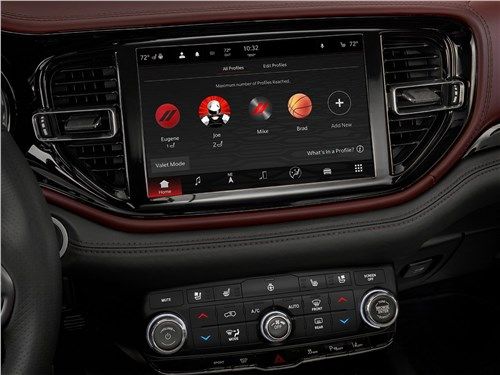 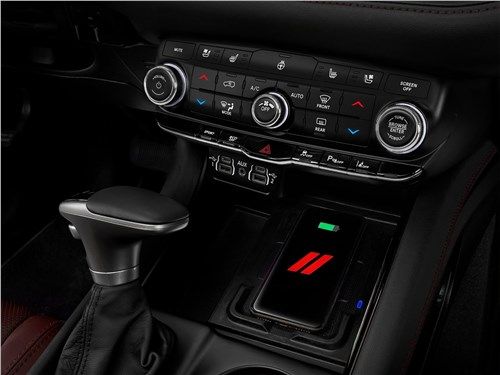 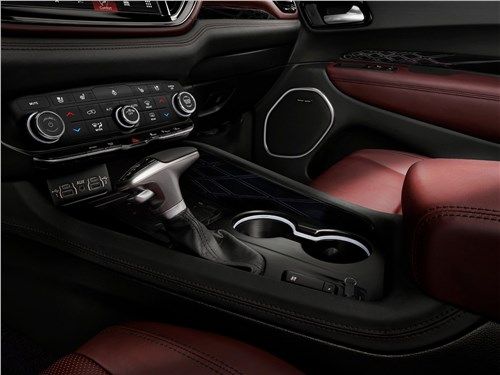 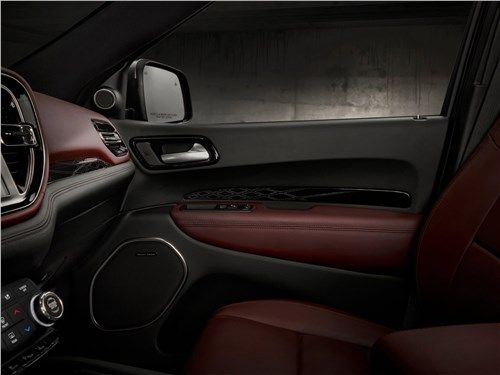 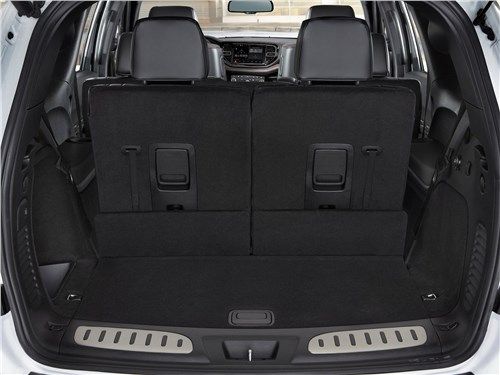 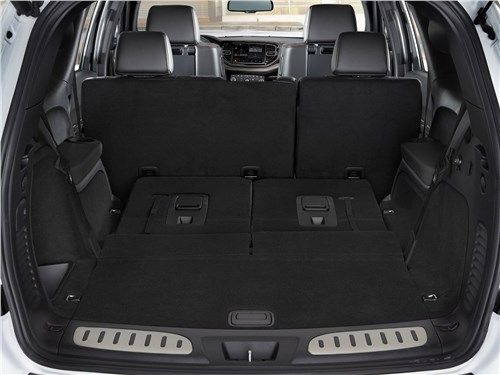 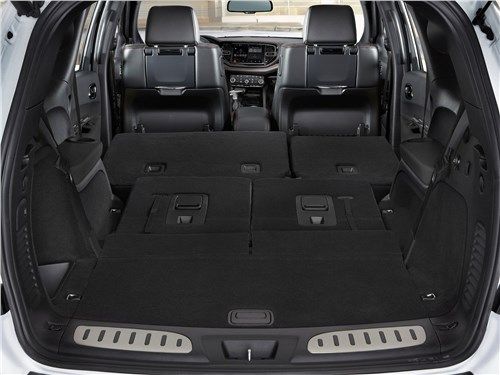 Dodge Durango - In the summer of 2020, this full-size SUV went through its second update since the arrival of the current generation back in 2010. "American" borrowed the external features of the passenger car Dodge Charger. This Durango muscle car inherits the front end, including the bonnet, grille and LED optics. The rear spoiler is from him. The addition of an extreme charged version of the SRT Hellcat to the Durango lineup is also a major update. The engines of cars of this modification produce 720 horsepower, and the maximum torque reaches 875 Nm. Outside, the restyling is also noticeable thanks to the updated range of 6 models of 20-inch alloy wheels with a new design. If outwardly the changes can be called "cosmetics", then the interior has undergone more significant changes. Durango received a new instrument panel, an extended center console, and an enlarged multimedia system screen, the diagonal of which was equal to 10.1 inches. However, the last change is available only in senior trim levels, the rest - the previous display with a diagonal of 8.4 ". Dodge Durango shares a platform with the Jeep Grand Cherokee. With the advent of the SRT Hellcat version, the charged Trackhawk version from Jeep received a worthy competitor. Depending on the version or even the configuration - and there are eight of them for Durango in the US - the dimensions are slightly different.If you take a car in the SRT Hellcat version, its length will be 5100 mm, width - 1940 mm, height - 1772 mm. Wheelbase - 3022 mm. clearance of 205 mm will not allow the car to fully express itself on the off-road. In the Dodge's native market, the model in some trim levels is offered only with rear-wheel drive. For the American market - in Russia, the Dodge brand is not officially represented - Durango is sold with one of 4 engines available for the model.This is the already mentioned 6.2-liter V8 engine used on the top version of the SRT Hellcat, as well as two more 8-cylinder V-shaped engines with a volume of 6.4 and 5.7 liters, which produce 475 and 360 horsepower, respectively. Power of the "younger" 3.6-liter V6 Pentastar - 295 hp. All Dodge Durango models use an 8-speed automatic transmission. The most charged version of the Durango - when accelerating from scratch - reaches 60 mph (97 km / h) in just 3.5 seconds. Dodge strives to maintain a more sporty brand image. Therefore, even in the off-road part of the model line, charged versions are offered. As before, the latest systems and technologies are presented in the complete sets of the updated Durango, for example, a new generation of multimedia system - Uconnect 5. According to the manufacturer's assurances, its performance has been increased 5 times. The car can be equipped with 2 or 3 rows of seats. The three-row layout is very popular in the United States, which is the main market for the model.