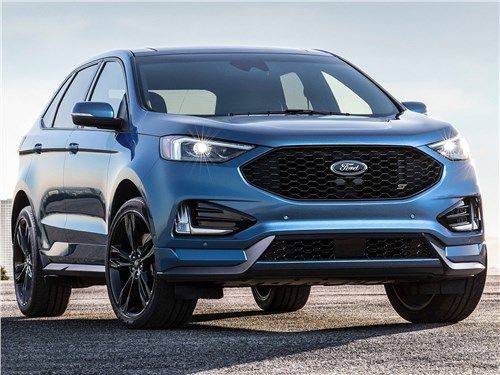 Table of factory and suitable tire sizes for FORD EDGE. 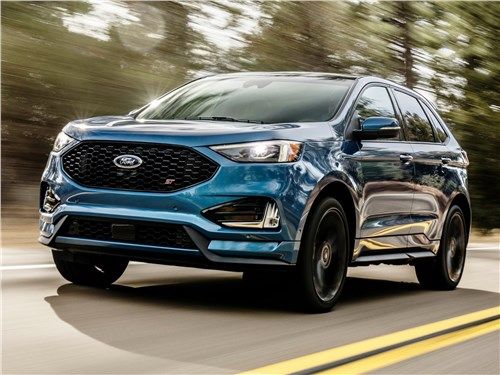 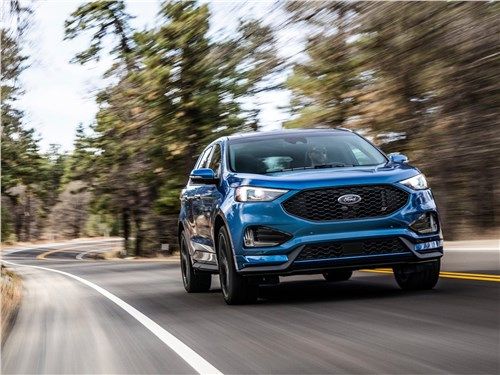 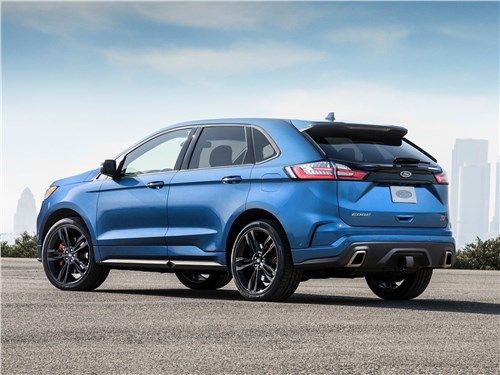 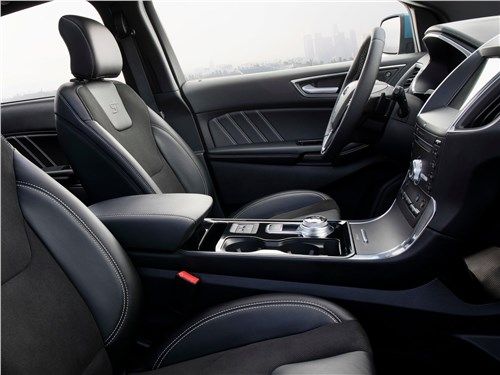 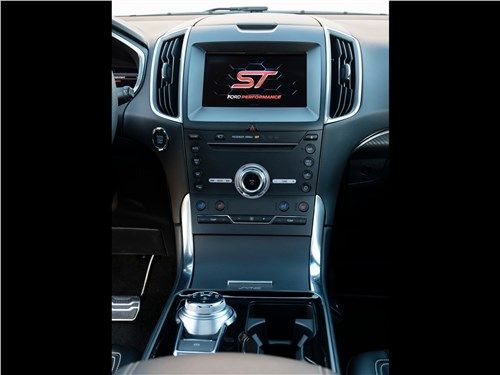 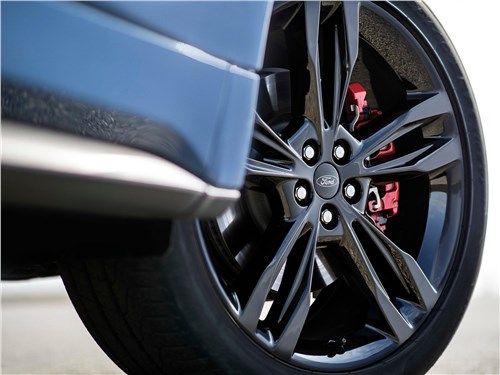 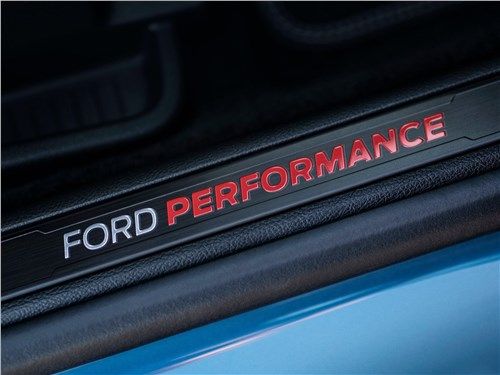 At the 2018 Detroit International Winter Auto Show, the American manufacturer showcased a charged version of the Ford Edge. By tradition, it received the ST prefix and is based on a restyled version of the second generation. By the way, it was in this generation that it became a global model. The sporty version has received quite serious technical equipment, an interesting interior with carbon fiber inserts and more comfortable seats, as well as a stunning design. It should be noted that the novelty is practically not similar to the pre-reform model. It has small teardrop-shaped headlights. They have a liner filling and an L-shaped eyeliner for LED daytime running lights. The radiator grille is made in a rather simple way and sports a small nameplate, indicating the hot technical stuffing. It is an octagon covered with a black matte mesh of many large cells. Under it, on the front bumper, you can see a trapezoidal air intake made in a similar style, and on the sides of it there are a couple of embossed recesses with black inserts and small fog lamps. The feed also turned out to be quite interesting. A small spoiler on the fifth door cover and two huge rectangular exhaust pipes are striking. The Ford Edge ST is a mid-size five-seat crossover. Due to its body kit, it has slightly grown in size compared to the pre-reform model. The overall dimensions of the second generation are: length 4778 mm, width 1928 mm, height 1742 mm, and the wheelbase is 2850 mm. The car's ground clearance is quite impressive - as much as 200 millimeters. With such a landing, he can easily transfer a ride on a dirt road, can climb a relatively high curb and, thanks to the energy-intensive suspension, will maintain a good ride, even on a bumpy paved road. The trunk of the crossover is, as expected, spacious. With the backrests of the second row of seats raised and loaded under the roof, about 1,110 liters of usable space remain in the rear. This is an excellent indicator, thanks to which the model will easily cope with the daily tasks of a city dweller and at any time will be able to embark on a long country trip with an abundance of luggage and several passengers on board. For transporting long items, the rear sofa can be folded down and free up to 2079 liters of free space. Under the hood of the Ford Edge ST is a V-shaped petrol turbocharged six with a capacity of 2,720 cubic centimeters. Thanks to two turbochargers and a direct fuel injection system, the engineers managed to squeeze out 340 horsepower and 515 Nm of torque. All the power is digested by a classic machine with eight steps and sent to the proprietary all-wheel drive system. The dynamic characteristics of such a model have not yet been specified, however, it is known that the manufacturer had to install paddle shifters, a more efficient exhaust system, larger brakes and a sports suspension. Among other innovations, I would like to note the active maneuvering system and advanced adaptive cruise control that can brake the car to a complete stop. Edge ST is a representative of one of the most demanded, at the moment, classes. He has a memorable and impetuous design, which perfectly emphasizes the charged filling and individuality of its owner. Such a car will look great on dirt roads far from civilization and will not dissolve in the gray everyday stream of a huge metropolis. The salon is a realm of interesting finishing materials, sports ergonomics, high practicality and comfort. Even a family trip to the countryside or traffic at rush hour will not be able to deliver unnecessary inconveniences to the driver. The manufacturer is well aware that the hallmark of any sports car is its engine. That is why, under the hood of the crossover there is a powerful and technological unit, which is a fusion of advanced solutions and many years of experience of engineers. The Ford Edge ST is a dynamic and practical vehicle for all occasions.