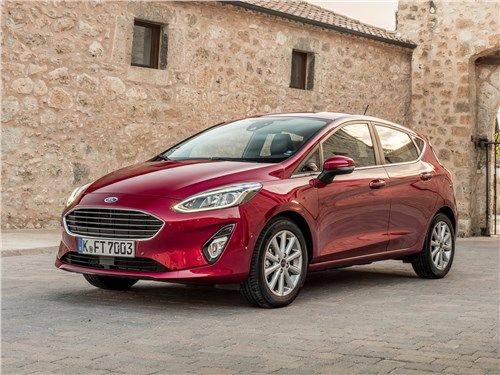 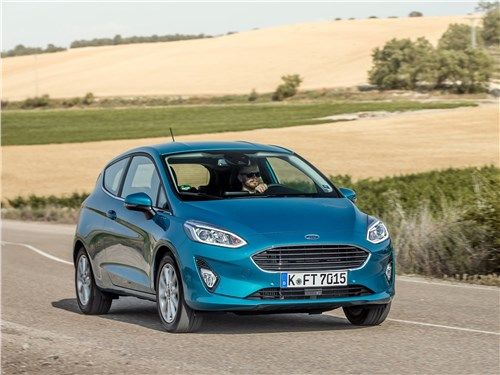 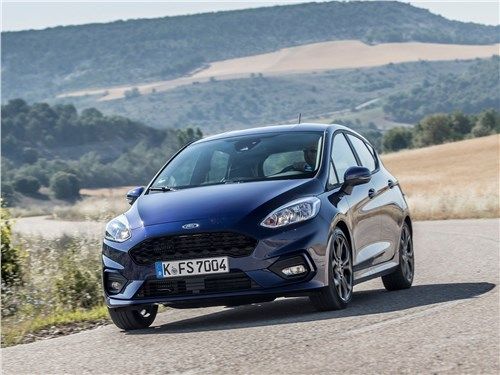 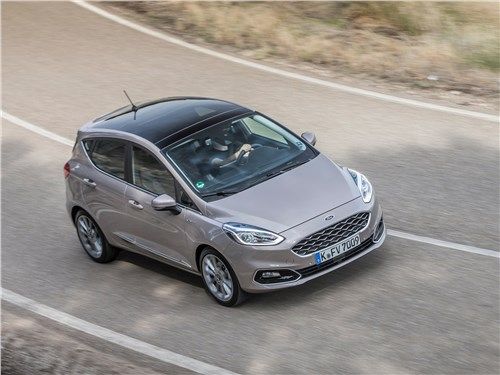 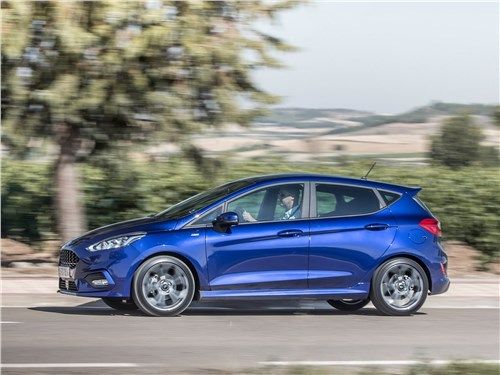 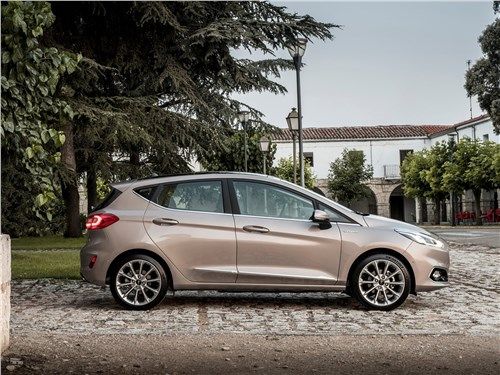 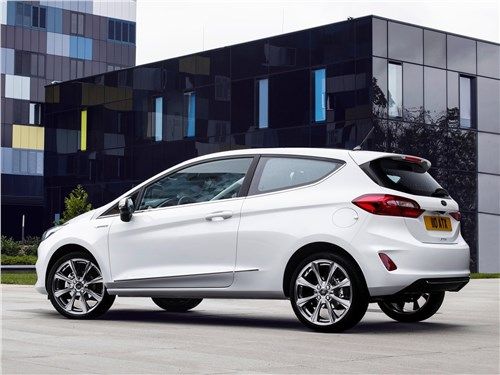 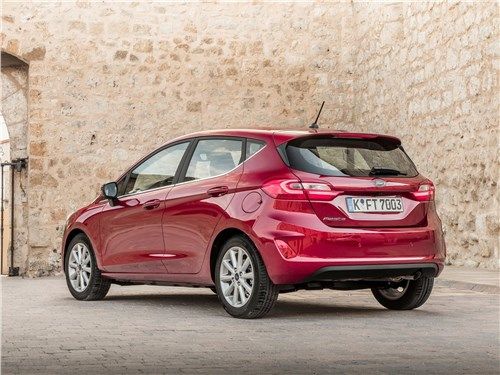 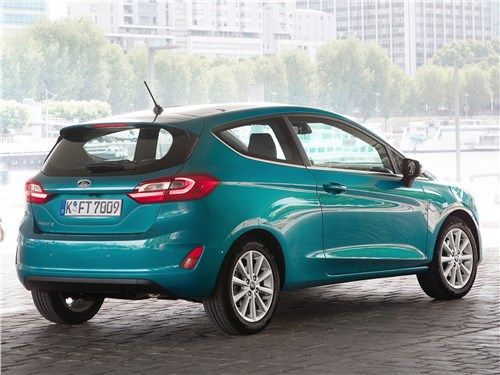 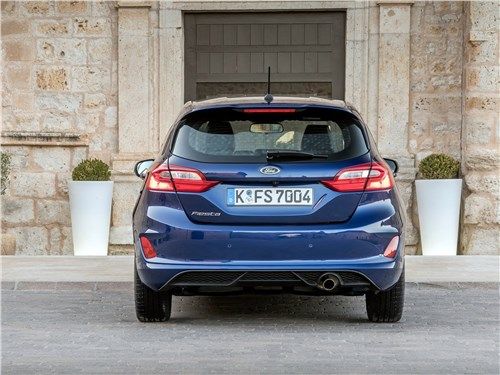 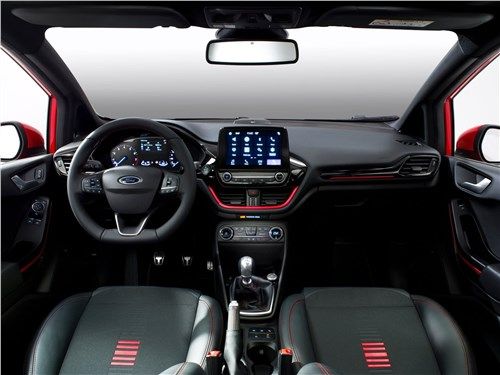 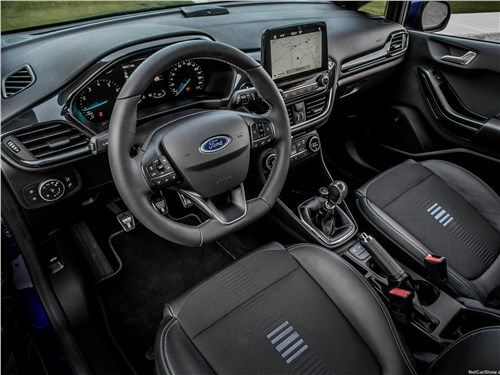 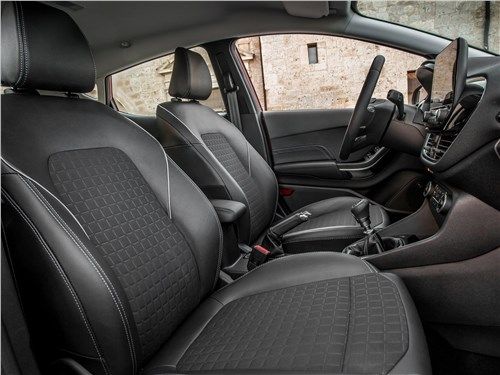 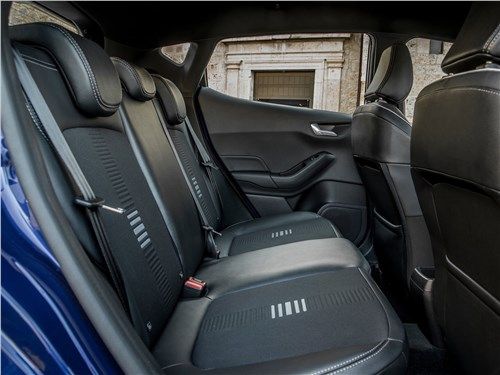 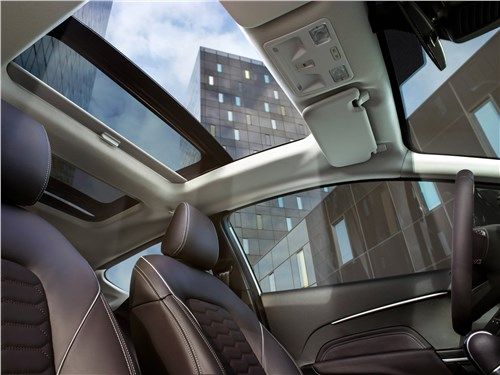 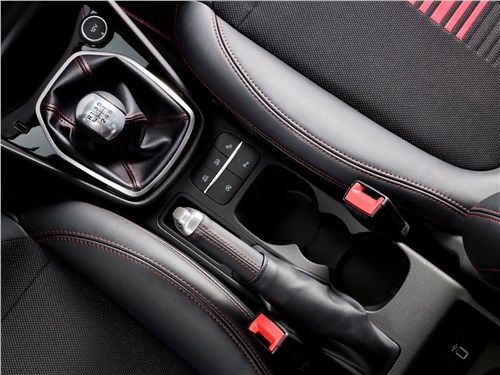 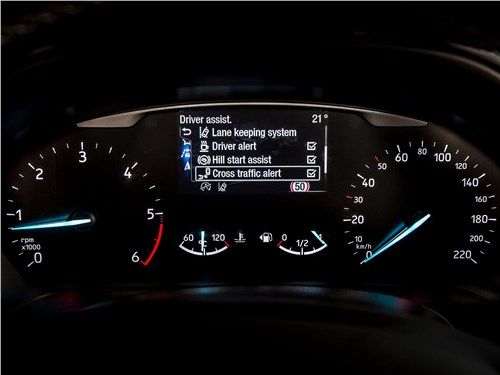 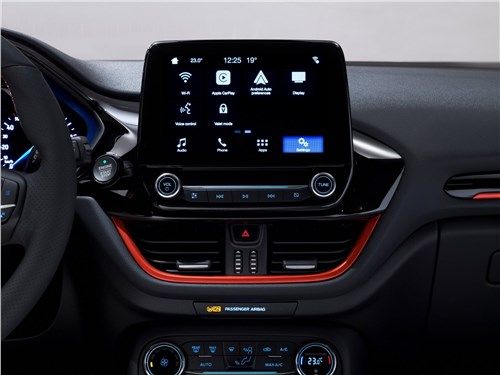 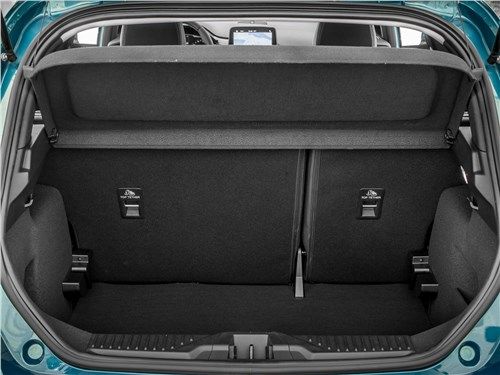 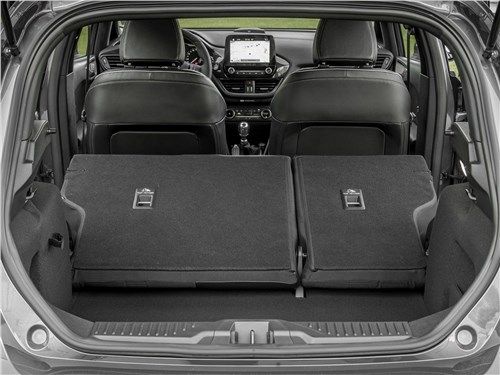 Ford Fiesta has been produced since 1976 and is a true long-liver. The debut of the latest modification took place at a private screening on November 29, 2016. The manufacturer demonstrated a completely new, already seventh in a row, generation of the model, which is positioned as the most advanced offer in its segment. The novelty has received a line of compact power units, a stylish interior with a good level of equipment and a modern exterior. The exterior of the car is completely made in the current, at the moment, corporate style and has something in common with older models. Externally, the car did not receive any cardinal differences, however, it was noticeably fresher thanks to minor touches. The headlamps have lost their curved ends and colored direction indicators, and also received new sections of LED daytime running lights. The front bumper features a lower lip, modified air intake and vertical fog lamps. Ford Fiesta is a subcompact hatchback class. After a generation change, it is 4040 mm long, 1735 mm wide, 1476 mm high and 2493 mm between wheelsets. The ground clearance is slightly less than usual at 140 millimeters. The car is based on an upgraded version of the platform from the previous generation. The manufacturer increased body rigidity by 15%, and also widened the track to improve stability. The suspension architecture remains unchanged and classic for this segment. On the front axle there are McPherson struts with rigid levers and a subframe, and a semi-dependent torsion beam at the rear. Coil springs and telescopic shock absorbers are installed in a circle. By default, the front brakes are ventilated disc brakes, and the rear brakes are drum brakes. On models with more than 100 horsepower, disc brakes are installed in a circle. The trunk is small. When loaded under the shelf, it holds up to 292 liters, and if the rear sofa is folded down, it can free up to 1093 liters. For the Ford Fiesta, seven power units will be available, as well as two transmissions: a six-speed manual and a classic hydromechanical automatic with six operating ranges. The drive is exclusively front. Basic versions of the hatchback will be equipped with three-cylinder naturally aspirated units with a volume of 1.1 liters. They are available in two versions, 70 and 85 horsepower. Older modifications will be equipped with one liter EcoBoost engines. Thanks to direct fuel delivery and an advanced pressurization system, the engineers have managed to squeeze out solid power. A choice of modifications is offered for 100, 125 and 140 horsepower. For heavy fuel lovers, the manufacturer can offer two TDCi 1.5-liter turbo diesel fours with Common Rail. Their output is 85 and 120 horses. Despite its modest size, the Ford Fiesta has a high level of equipment. The car can be equipped with nine airbags, all the necessary electronic assistants, an air conditioning system with two zones of operation, a SYNC 3 multimedia system, an advanced parking aid with automatic mode, a premium audio system, radar cruise control and an optional ST-Line package, which adds a number of changes to the cabin and exterior.