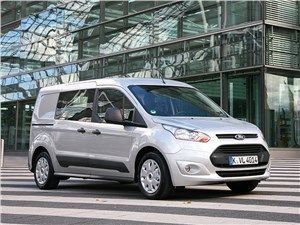 The release of the FORD TRANSIT CONNECT model was carried out from 2002 to 2013. 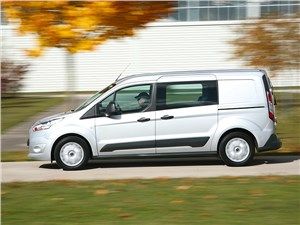 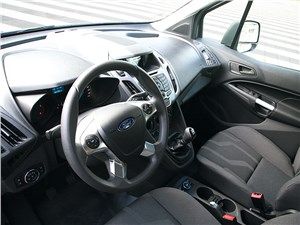 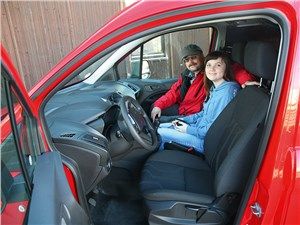 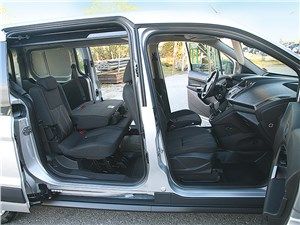 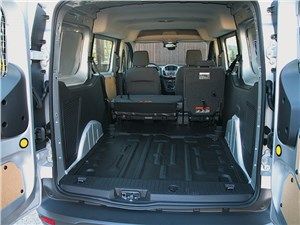 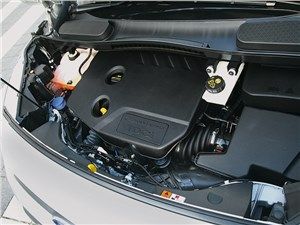 The new generation of Ford Transit Connect appeared in front of the world community in 2013, on the catwalks of the International Winter Detroit Auto Show in 2013, and after a while, its production was established in Russia. The model is a full-fledged sixth generation and has received a lot of changes: the Duratorq TDCi engine, a new interior and design in the current ?kinetic? concept. Despite its class, its exterior has common features with passenger models. Thanks to this move, the car looks much more interesting than its predecessor and direct competitors. First of all, I would like to note the elongated headlights with pointed tips that extend onto the wings. The radiator grille has a rather decorative function and is a thin slit with a thin chrome strip and the manufacturer's logo. Below it is a massive air intake reminiscent of the Aston Martin model. It is covered with many plastic horizontally oriented ribs and merges with the front bumper reinforcement. Ford Transit Connect is a compact van with five or seven seats. Its overall dimensions are: length 4818 mm, width 2137 mm, height 1845 mm, and wheelbase 2900 mm. The ground clearance is typical for most urban models and is 150 millimeters. The suspension itself is also made in a fairly common way. On the front axle there is an independent structure with McPherson struts, anti-roll bar and coil springs. At the back you can see a regular beam. Shock absorbers with gas chambers are installed in a circle. Compared to its predecessor, the sixth Transit received 11% more luggage compartment. By default, it can provide about 1287 liters of free space. For transporting long loads, you can sacrifice seats and free up to 2620 liters. In the domestic market, Ford Transit Connect will receive a 2.2-liter inline turbocharged diesel four. It has 16 valves in the cylinder head, two camshafts, a common rail fuel supply system, and a variable geometry turbocharger VNT. The motor will be available in several versions. Depending on the modification, it will produce 125, 135 or 155 horsepower, as well as 350, 355 or 385 Nm of torque. The gearbox went to the new product from the fifth generation, but with a number of improvements. It is a classic six-speed manual. The drive is exclusively front. Disc brakes with ventilation on the front axle. Ford Transit Connect is great for both commercial and personal use. In the first case, the compact MPV has a fairly simple package, however, for an additional fee, the manufacturer is ready to provide a wide list of options. So, the car can be equipped with a full set of airbags, stabilization system, ABS, EBD and BAS, as well as an active brake force distributor. Inside, you can find an air conditioning system, leather interior trim, a multifunction steering wheel, as well as an advanced multimedia system with navigation and a parking assistant.