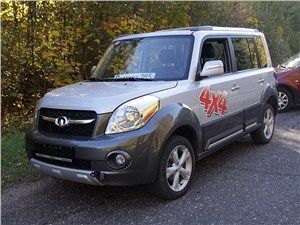 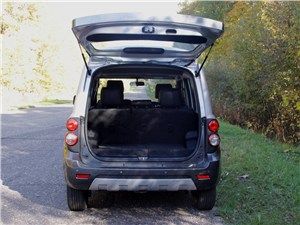 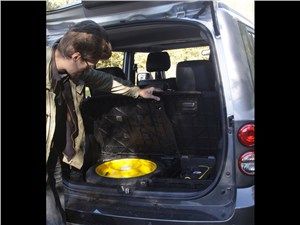 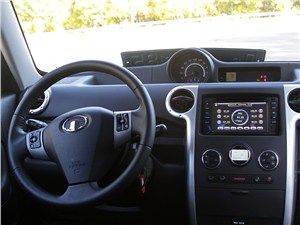 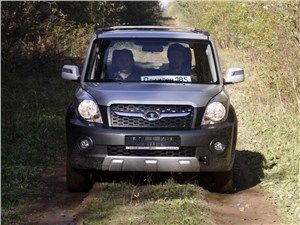 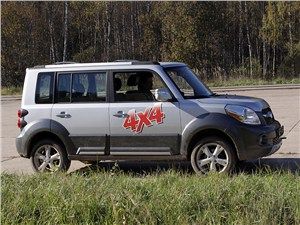 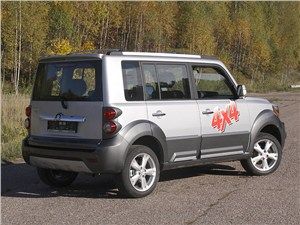 Great Wall Hover M2 first appeared before the domestic public at the annual Moscow International Motor Show in 2010. The manufacturer positions the novelty as a mixture of a crossover and a compact minivan. The desire to combine different classes of cars and oriental ideas about design resulted in the fact that the car received a rather controversial appearance. It has large headlights with large reflectors and halogen bulbs. The radiator grille consists of many small elongated honeycombs and a horizontal chrome trim with the logo of a Chinese manufacturer. The off-road character of the novelty is designed to emphasize the small roof rails and special protective linings on the sills, bumpers and wheel arches. They not only give the car a unique appearance, but also are designed to protect the paintwork of the body panels from gravel and sand flying from under the wheels. Great Wall Hover M2 is a compact five-seater crossover. Its overall characteristics are: length 4011 mm, width 1744 mm, height 1720 mm, wheelbase 2499 mm, and the ground clearance is 200 mm. This clearance is typical for vehicles prepared for harsh operating conditions. They can easily cope with a dirt road far from civilization, they will be able to storm high curbs while parking, and also maintain an acceptable smoothness while driving on bumpy paved roads. The trunk of the Great Wall Hover M2 is quite modest. With the backs of the second row of seats up, there is only 330 liters of free space in the back. This is enough for the daily tasks of a city dweller, but a long trip with an abundance of luggage and several passengers on board can be an overwhelming task. If, on a whim of fate, the owner needs to transport a larger cargo, he will always be able to fold the backrests of the rear row of seats and free up to 1100 liters of usable space. Great Wall Hover M2 is equipped with one engine, five-speed manual transmission, and front or all-wheel drive. The crossover's arsenal clearly lacks a more powerful power unit and automatic transmission. With the proposed set, the car will be able to safely move in the urban jungle, but for traveling on highways, it clearly has few horses in the herd. On the other hand, residents of large cities prefer automatic transmissions, which the crossover also lacks. The engine of the Great Wall Hover M2 is an in-line naturally aspirated petrol four with a volume of 1497 cubic centimeters. It develops 105 horsepower at 6,000 rpm and 138 Nm of torque at 4,200 rpm. With such a power unit, the crossover accelerates to a speed of one hundred kilometers per hour in 14.7 seconds, and the maximum speed, in turn, is 158 kilometers per hour. The fuel consumption of the Great Wall Hover M2 with all-wheel drive will be 9.2 liters of gasoline per hundred kilometers at a city pace with frequent acceleration and braking, 5.9 liters during a measured trip on a country road and 7.4 liters in a combined cycle. Great Wall Hover M2 could not win the hearts of domestic motorists. This could be due to a number of factors. The appearance of the crossover does not seem solid or status: large headlights on a roll-out, a forehead front, a cut of the windshield at a large angle and healthy plastic lining on the body panels could not seduce buyers. The technical filling also does not shine, a weak engine and the absence of an automatic transmission, which makes life easier for residents of megacities. But on the other hand, the car has a rich list of options at an affordable price, as well as a good all-wheel drive system with viscous coupling, which automatically engages the rear axle when the front wheels slip.