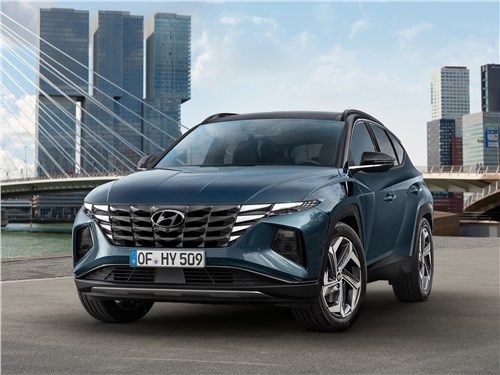 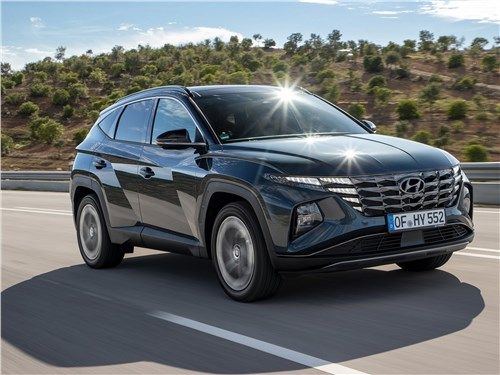 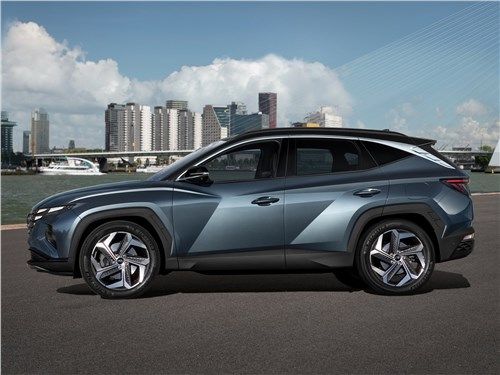 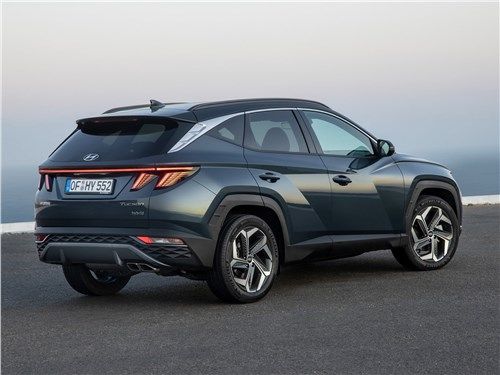 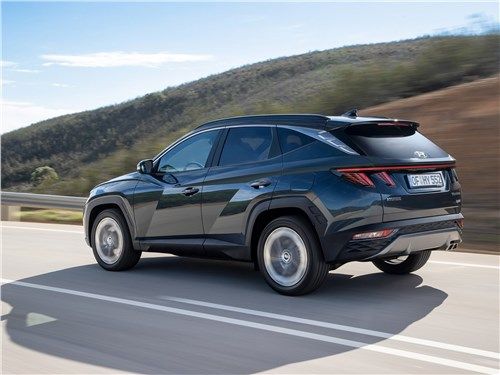 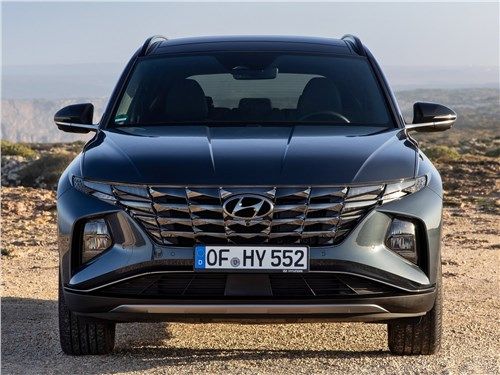 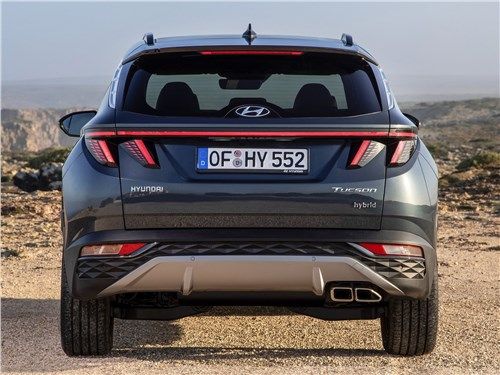 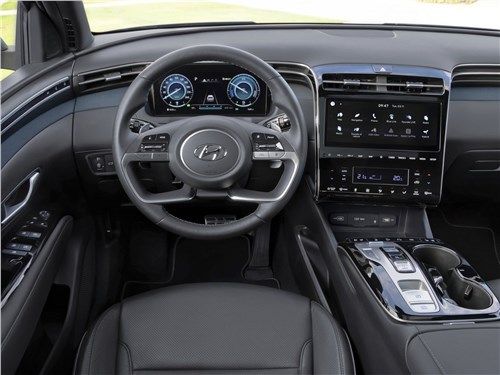 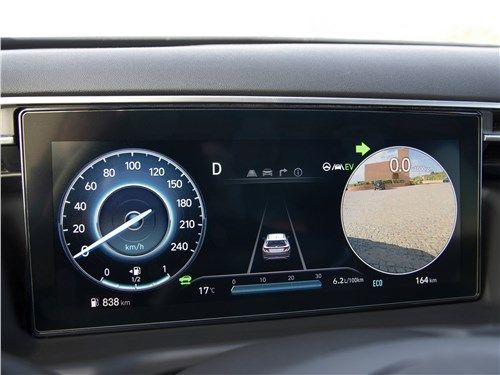 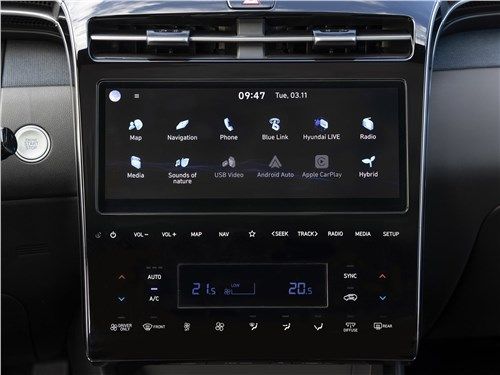 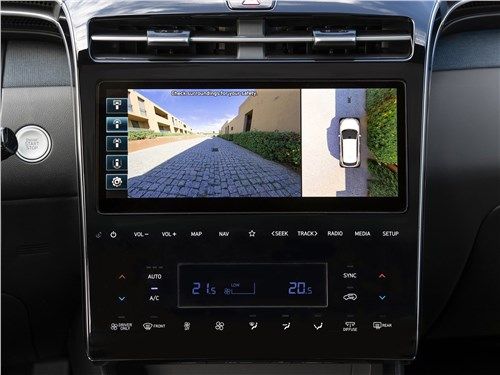 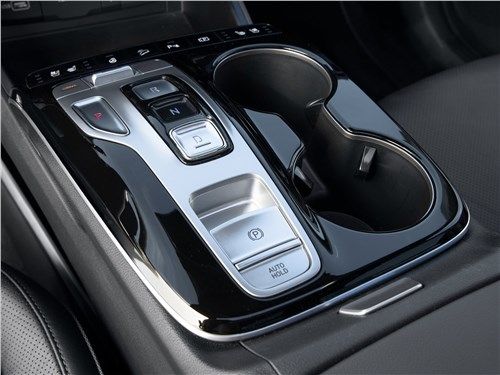 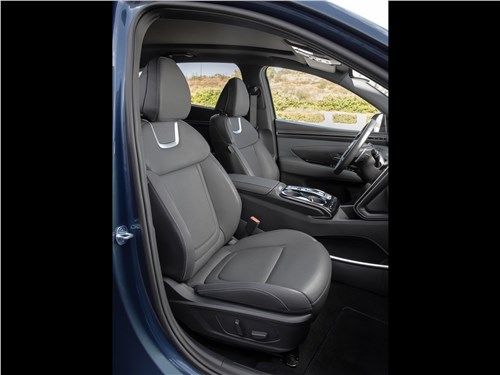 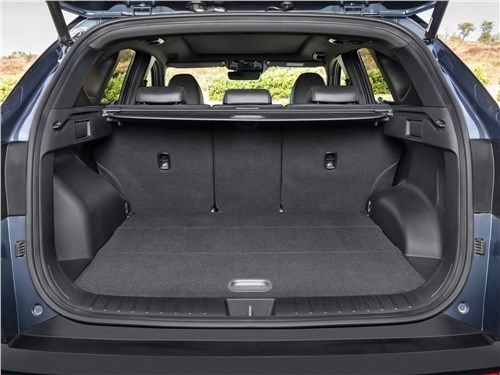 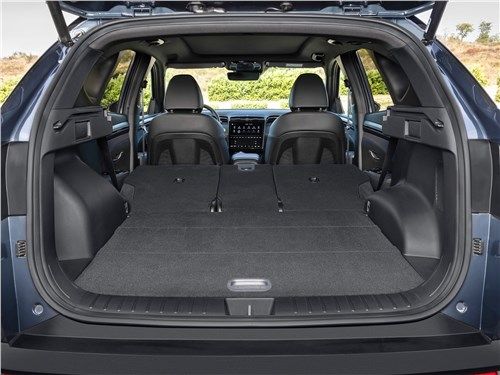 Hyundai Tucson is a famous compact crossover SUV of the renowned brand from South Korea. The car has been produced since 2004. To date, three generations of this car have come out, which has earned the recognition of motorists from many countries, including Russia. In 2020, the fourth generation of this machine was presented, which has already begun to be sold at home and in some other states. Restyling brought about incredible changes in the external and internal design. Also, innovations have seriously affected the technical part. Therefore, we can safely say that the car has become completely different than before. The novelty has received a bright and bold futuristic exterior design. It features a sculpted body with many incredibly intricate embossings. Like almost all modern crossovers, the car has an unpainted plastic protective body kit in the lower part of the body. At the front, the car attracts attention with very unusual optics. The daytime running lights consist of many sections and are combined with a large-sized and original radiator grille. The front LED headlights are slightly lower. Unusual optics and massive embossed front bumper give the car an aggressive look. The taillights also feature an unusual design and are connected to each other by an LED strip. The crossover began selling in a variety of body colors, including two-tone paint options. It comes with stylish R17-19 alloy wheels. The inside of the car is spacious enough. The salon is finished with high quality leather, fabric and plastic. The decoration is dominated by dark shades. The car is equipped with a virtual dashboard in the form of a huge touch screen. The sensor is also used to adjust the climate control. Instead of the usual transmission lever, the novelty has acquired special buttons located in the usual place of the selector. In all versions, the car is equipped with a modern multimedia system with excellent sound and rich functionality. For expensive configurations, improved multimedia is provided. Interestingly, the system has a special mode in which the speakers can only work near the driver, which allows passengers to rest peacefully on the road. The novelty is equipped with many advanced safety and comfort systems. She received seven airbags, three-zone climate control, multiple options for heated and ventilated seats, cruise control, all-round cameras, a lane-keeping system, an automatic braking function and much more. But the main feature of the car was its power units. It is a pity that the main innovations are likely to be inaccessible to the Russians. The dimensions of the Hyundai Tusan in the fourth generation have changed somewhat. Now its length is 4500 mm, width - 1865 mm, height - 1650 mm. The wheelbase is 2680 mm. The ground clearance of the novelty is 182 mm. This speaks of its fairly good cross-country ability, especially in combination with all-wheel drive. But this car is far from the characteristics of real SUVs. The car has a spacious trunk. Its volume is as much as 620 liters. This is quite enough even for the transportation of very bulky goods. If necessary, the space in the luggage compartment can be further increased by folding the rear seat. It is worth noting that the dimensions of the novelty for the Asian and some other markets may differ slightly from the dimensions of the version intended for Europe. After restyling, Tucson can offer customers a huge selection of diesel and gasoline engines, including very powerful ones. There are also hybrids in the motor range. True, all this, most likely, will never become available to Russian motorists. In our country, according to available information, the crossover will be sold with a 2-liter gasoline engine with a capacity of 150 horsepower. It will most likely be equipped with a mechanical or robotic transmission. But in some countries, the car will also receive an automatic transmission. The car is available with both front and all-wheel drive. Both versions are planned to be offered to Russians. The fourth generation Hyundai Tucson could not fail to attract the attention of many motorists from around the globe even before its official release. After all, both externally and technically, it turned out to be very bold and innovative. Therefore, the appearance of the car on the market was a long-awaited event. Currently, it is already possible to buy it in many countries. A crossover with a futuristic and unusual appearance, as well as modern technical innovations, is addressed primarily to young people or those who feel young. The car will certainly appeal to those who want to be visible on the road, appreciate innovation and unusual solutions. It was created for truly brave and extraordinary people who, however, think about their own safety and comfort. At the same time, the car promises to be reliable. An exception is perhaps a robotic gearbox, which is not durable and requires special treatment. The car is perfect both for the city and for frequent trips on the highway. It will also appeal to auto travelers. The car can become an excellent family car due to its exceptional safety, comfort, spacious interior and spacious trunk. She will boldly withstand travel on relatively bad roads or moderate off-road, especially in the all-wheel drive version. But it is unlikely that many will want to use such an original car for such purposes. As it became known, the novelty will certainly appear in Russia. Most likely, this will happen in the first half of 2021. But to date, there is no information about its cost and trim levels for the Russian market. There is no doubt that the car will be able to interest many domestic fans of the brand. And the original appearance will draw attention to the car and new buyers. Therefore, most likely, the car will be quite popular among Russians. Moreover, it is likely to be quite economical and durable. And the parts won't be too expensive.