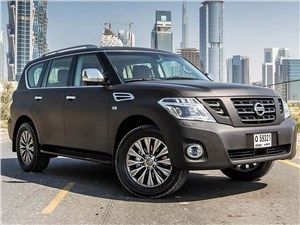 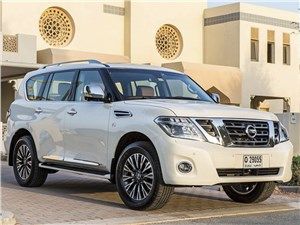 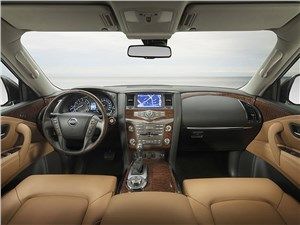 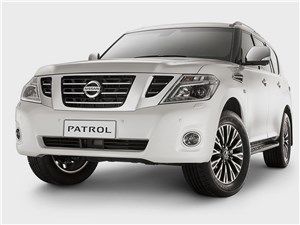 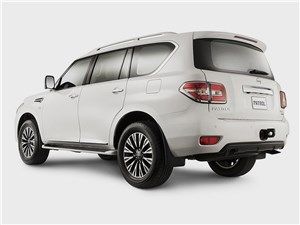 For the first time, the Nissan Patrol was introduced to the market 55 years ago. It became one of the first four-wheel drive vehicles intended for countries with difficult climatic and road conditions. So he remained. In the process of creating a new generation of Nissan Patrol, the engineers of the Japanese company tested 200 prototypes, first at three Nissan test sites in Japan, and then in the Middle East, in desert conditions. Then tests were carried out for reliability and durability. Nissan Patrol was designed by Taiji Toyota. It smoothed out the SUV's angular shapes, making them softer and rounder, but they still emphasize the brutality, power and masculinity of this SUV. Under the hood of the Nissan Patrol, a new VK56VD eight-cylinder petrol V-shaped engine with a displacement of 5.6 liters (instead of the previous 4.8-liter) with variable valve timing systems is installed. It is capable of delivering 400 hp. and develop a torque of 560 Nm. It is paired with a seven-speed automatic transmission. In the Nissan Patrol, it is distinguished by stretched gear ratios, which allow more efficient transmission of engine torque to the wheels. The new generation Nissan Patrol can also boast an improved all-wheel drive system with a rear differential lock. It allows the driver to set the required operating mode from four possible ones: "sand", "off-road", "snow" or "stones". Suspension Nissan Patrol is fully independent with extended lever travel and hydraulic roll limiting system when cornering or when driving over rough terrain. In addition, the new Nissan Patrol is equipped with systems for monitoring the pressure in each of the tires, assistance when starting on the rise and controlled descent, when the car's speed is automatically maintained at around 7 km / h. In 2014, the SUV has undergone minor restyling. The Nissan Patrol received a new front bumper with fog lamp edging, a chrome grille with redesigned cells, LED headlights with integrated daytime running lights, and taillights with LEDs. There are also new alloy wheels with a diameter of 18 and 20 inches. The list of equipment installed on the Nissan Patrol has been expanded with third generation all-round visibility systems, object recognition and collision avoidance when reversing. There are three trim levels for the Nissan Patrol: Base, High and Top. The minimum equipment list includes a premium audio system with 13 speakers and a music server, three-zone climate control, a multifunction steering wheel, a memory system for recording settings for the driver's seat position, steering wheel, rear-view mirrors and music system settings. There are also rear-view and all-round cameras, tire pressure monitoring and dynamic stabilization.