Table of factory and suitable tire sizes for PEUGEOT 108. 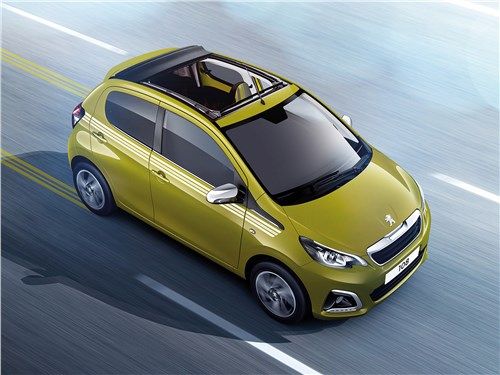 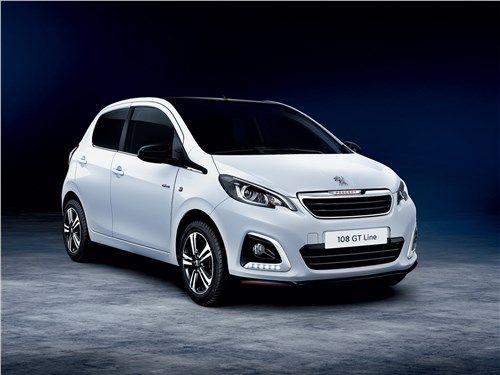 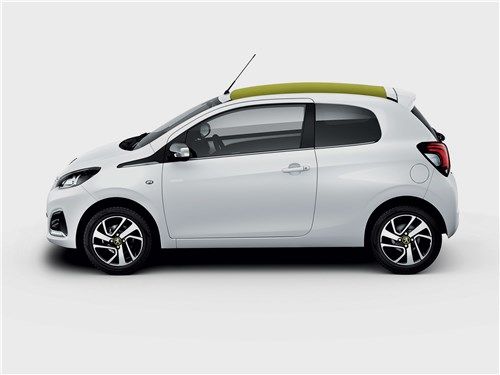 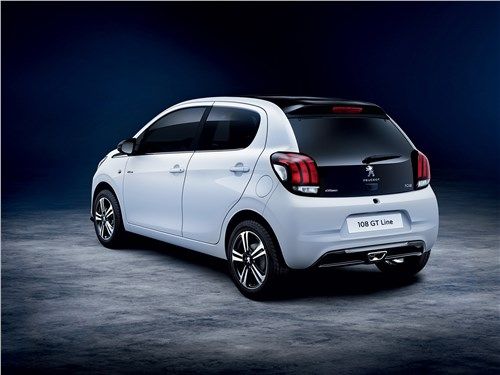 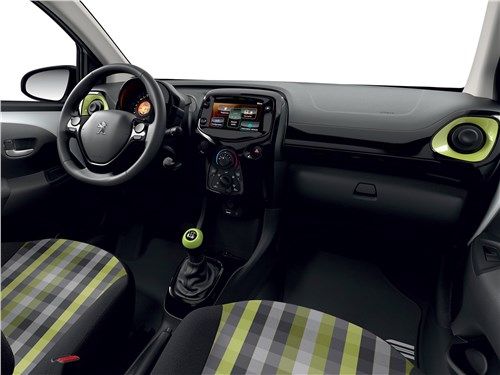 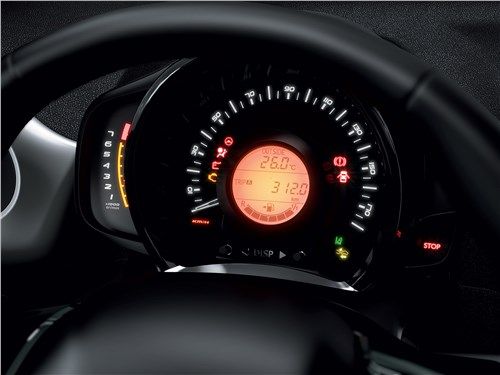 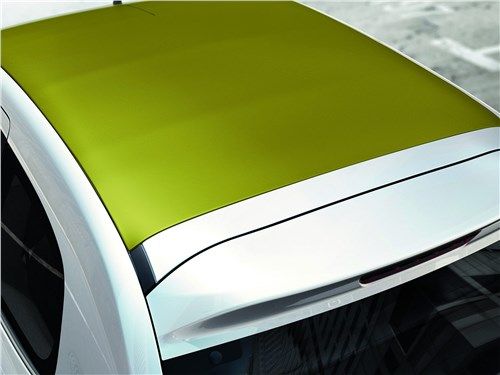 In the spring of 2018, the compact Peugeot 108 underwent a small but rather iconic restyling. If we talk about his siblings, C1 and Aygo, then they received characteristic external changes, which cannot be said about the one hundred and eighth. It boasts a slightly retouched interior with several new finishes, plaid seat upholstery and revamped tech stuff. Otherwise, the novelty completely repeats the pre-reform model. It has elongated, far-reaching shaped headlights with elegant chrome accents and large focusing lenses. The radiator grille is a trapezoidal cut, trimmed by a couple of horizontal oriented ribs and flaunting a thick chrome trim along the contour. Below, under the front bumper reinforcement, is a massive pentagonal air intake, decorated in a similar style. On the sides of it you can see a couple of special recesses with round fog lamps and elegant garlands of LED daytime running lights. In general, the model has retained its original design from the 2014 model. Peugeot 108 is a subcompact city hatchback, available with both 3 and 5 doors. Its overall dimensions are: length 3475 mm, width 1615 mm, height 1460 mm, and the wheelbase is 2340 mm. The clearance of the model is expectedly small - only 140 millimeters. This landing is typical for most urban cars. It grants them a relatively low center of gravity, which has a positive effect on stability and maneuverability in all driving modes. As for the suspension itself, it is made in a rather common key for this class. At the front there are independent McPherson struts with an anti-roll bar, and at the rear there is a semi-independent elastic beam. Trunk size is expectedly modest. With the backs of the second row of seats up, only 180 liters of usable space remain in the back. This volume can be increased to 780 liters by sacrificing the rear seats and folding the back of the sofa. The main difference between the new Peugeot 108 is the modified power unit. This is an in-line naturally aspirated gasoline engine of 998 cubic centimeters. Due to the toughened Euro-6 environmental standards, which severely "strangled" the already weak engine, the manufacturer decided to boost it a little. He increased the compression ratio, installed an advanced combined fuel injection system, and also modified the balance shaft. As a result, the power unit began to generate 72 horsepower, however, it lost traction and develops 93 Nm of torque. As for the transmission, it has remained unchanged. By default, a classic five-step mechanics is installed, and for an additional fee, a robot made on its basis. The drive is exclusively front. 108 is one of the brightest representatives of urban minicars. It has a pretty nice and catchy design that perfectly emphasizes the individuality and class of the model. Such a car will not merge with the gray everyday stream and will not get lost in the large parking lot of the shopping center. Salon is a kingdom of high-quality finishing materials, well-thought-out ergonomics and comfort. Even heavy traffic or rush hour congestion will not be able to deliver unnecessary inconvenience to the driver. The manufacturer is well aware that even such cars, first of all, should give pleasure from driving. That is why, under the hood of the hatchback there is a compact and economical unit, which is a fusion of advanced developments and many years of experience of engineers. Peugeot 108 is a great city car for every day.