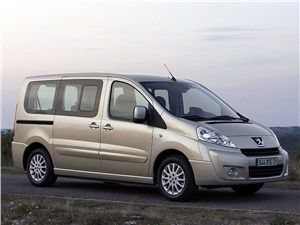 The release of the PEUGEOT EXPERT TEPEE model was carried out from 2008 to 2019. 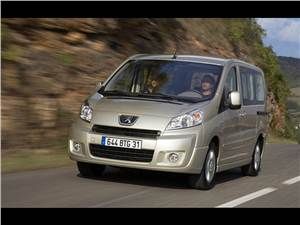 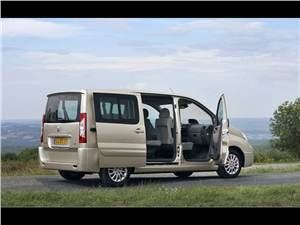 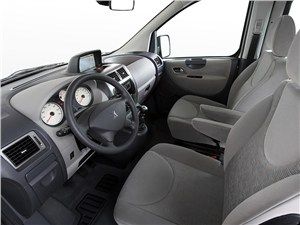 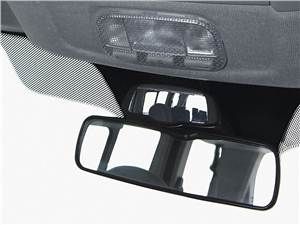 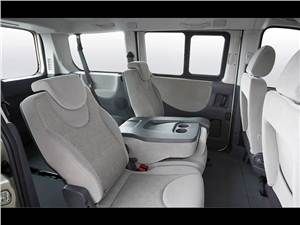 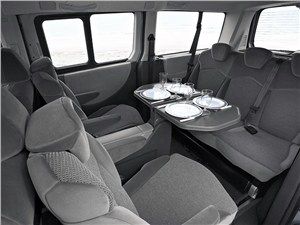 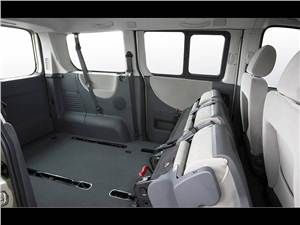 The Peugeot Expert Tepee is a utility van with a higher level of equipment and a more sophisticated interior. It can be used both for commercial use and for personal purposes for drivers with a large family who prefer to travel in full force. The second generation of the model can be called a real long-liver. The original version appeared before the world community back in 2007 and lasted unchanged until 2012, when it underwent a small cosmetic restyling. The pre-reform car, despite its class, is made in the corporate style and has something in common with many passenger models of the manufacturer. Of the characteristic features, I would like to note the rapid design of the front end with large elongated headlights. They have large round halogen reflectors and extend far into the wings. Peugeot Expert Tip is a cargo-passenger minivan that can take on board from six to nine people. Its overall dimensions are: length 4805 mm, width 1895 mm, height 1942 mm, and the wheelbase is 3122 mm. It is worth noting that for an additional fee, you can order a version with increased capacity. She has the same distance between the axles and the length increased to 5135 mm. In both cases, the ground clearance is 150 millimeters. The suspension itself is made in a fairly common way. The front axle is equipped with Mcpherson struts and an anti-roll bar. At the back is a semi-independent architecture with a panhard drive. In terms of roominess, in the standard position, the Expert Tepee is able to take on board about 553 liters of usable space. For the transportation of oversized cargo, seats can be donated and released up to 1881 liters. The minivan offers a wide range of different powertrains, variable manual transmissions and exclusively front-wheel drive. Diesel Peugeot Expert Tepee are equipped with in-line turbocharged fours of 1.6 or 2.0 liters. Depending on the version, their output ranges from 90 to 163 horsepower and 180-340 Nm of torque. Acceleration to hundreds takes 14.7-20.7 seconds and the maximum speed is at around 145-160 kilometers per hour. In a quiet driving mode, the fuel consumption will be 7.2-7.6 liters of diesel fuel per hundred kilometers in the combined cycle. Alternatively, the manufacturer offers a two-liter naturally aspirated petrol four. It produces 140 horses, 192 Nm of torque and is capable of accelerating a minivan to 145 kilometers per hour. Unlike its commercial cousins, Expert Tepee boasts a high level of equipment. The car can be equipped with four airbags, ABS, directional stability system, parking assistants, multifunctional on-board computer, heated seats, climatic stop, electric window lifters and a multimedia system with navigation.