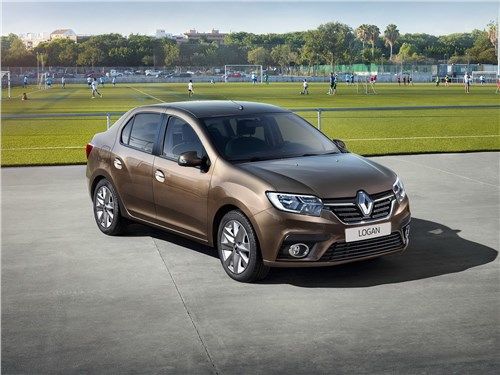 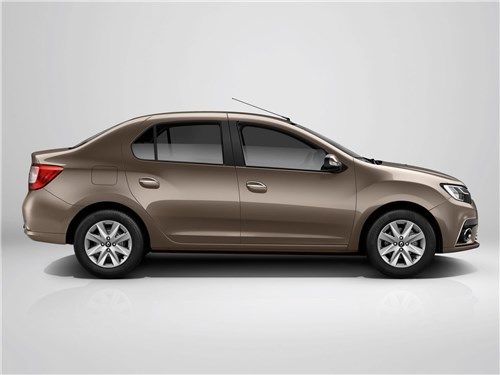 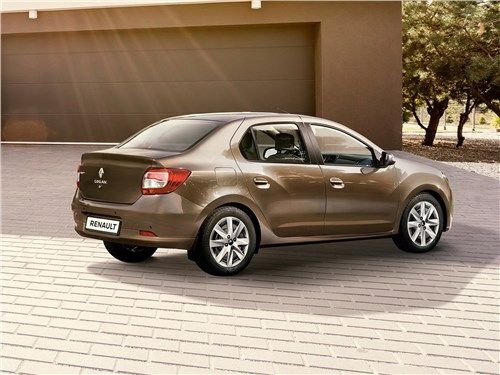 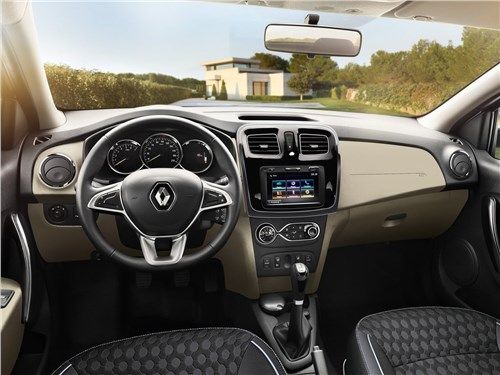 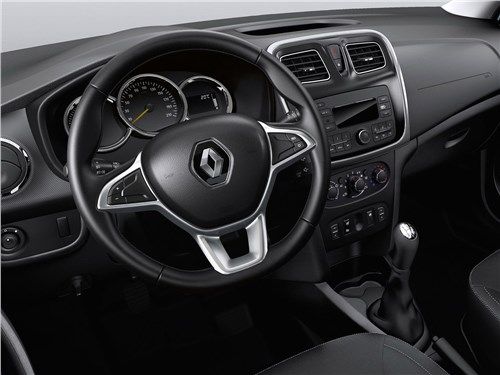 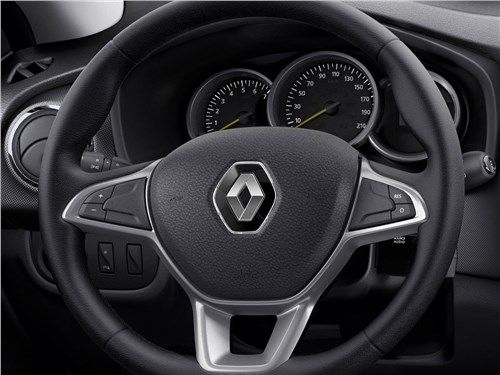 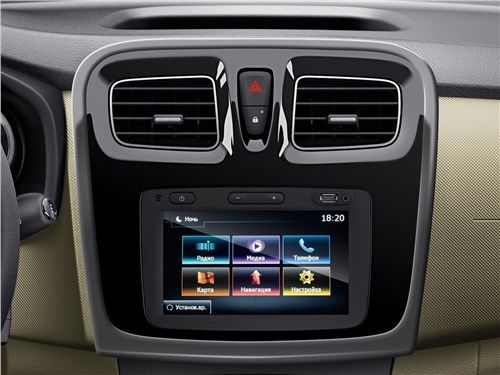 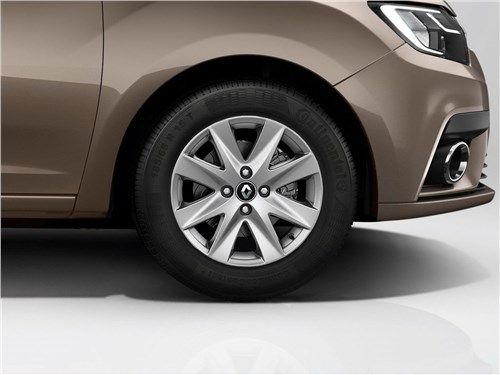 The second generation of the French bestseller Renault Logan was released back in 2012 and lasted on the assembly line without major improvements until 2016, and in the domestic market until 2019. After such a long time, the manufacturer decided to refresh the model and made the first restyling. The model did not receive any tangible changes in the technical part, it has a modified list of trim levels, as well as a more modern design. If we talk about the exterior, then all the changes fell on the front. She received new headlights complete with LED C-shaped daytime running lights. These headlights will be installed on all versions by default. Also worth noting is the new design of the radiator grille and central air intake. Thanks to the abundance of "chrome", the small car has significantly changed. The fog lamp niches have also changed. They have received a more angular shape and finish from unpainted plastic. Renault Logan is a four-door, five-seat subcompact budget sedan. After restyling, its overall dimensions have not changed. It measures 4368 mm in length, 1761 mm in width, 1571 mm in height and 2634 mm between the axles. The ground clearance is 155 millimeters. The trunk can hold up to 510 liters of cargo. For transporting long luggage, the backrests of the rear sofa can be folded in the ratio "60:40", which will open a small rectangular opening. There is a full-size spare wheel under the floor. There are few changes in the cabin, only a different steering wheel is striking. It should be noted that its functionality is completely identical to the pre-reform model. The radio control buttons, as before, are located on the steering column. The cup holder between the front seats has become noticeably more spacious. Moreover, a separate 12-volt outlet can be available to passengers in the back row. Logan's power palette, as before, consists of three in-line atmospheric fours of 1.6 liters. The base Renault Logan engine with eight valves in the head of the block for 82 horses mates exclusively with a five-speed mechanics. Acceleration from 0 to 100 km / h will take 13.9 seconds, top speed will be 163 km / h, and fuel consumption will be 7.1 liters per hundred kilometers in the combined cycle. The most dynamic versions are equipped with a Nissan engine. It generates 113 horses, also fits only with mechanics, allows you to gain a hundred in 10.7 seconds and reach a maximum of 177 km / h. Fuel consumption is slightly lower - 6.6 liters of gasoline at the same pace. For those wishing to purchase a car with an automatic transmission, a French 102-horsepower engine is available. This modification allows you to develop 100 km / h in 11.7 seconds, reach a maximum of 171 km / h and consumes 8.4 liters in the combined cycle. Renault Logan's set of options has not changed much, however, the manufacturer has added a few nice little things. The color palette has received a new position, and it is also possible to order light-alloy alloy wheels with a unique design. A scale for indicating the temperature of the coolant appeared on the panel of the on-board computer, the gateways received a pulse switching mode, and the gas tank flap, from now on, opens from the passenger compartment. The configurations were named like that of the Kaptur SUV, and also slightly changed the list of starting equipment.