Table of factory and suitable tire sizes for SKODA CITIGO. 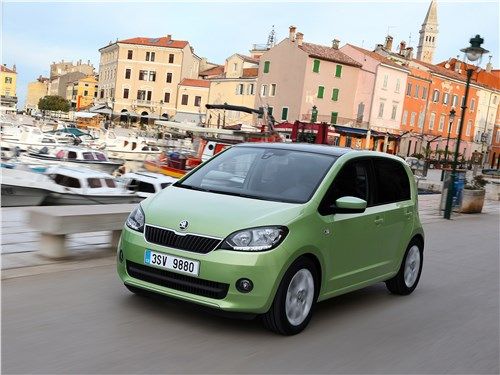 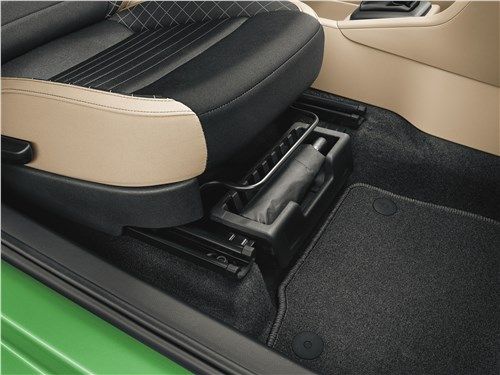 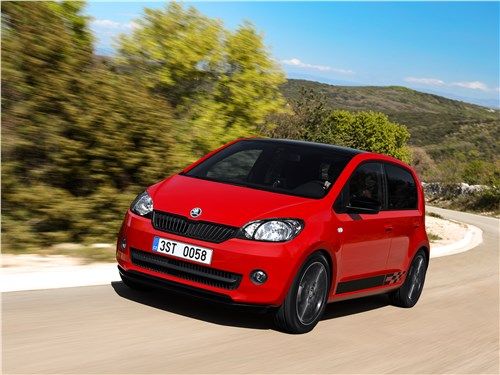 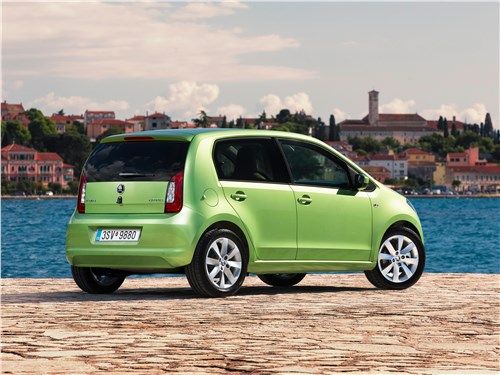 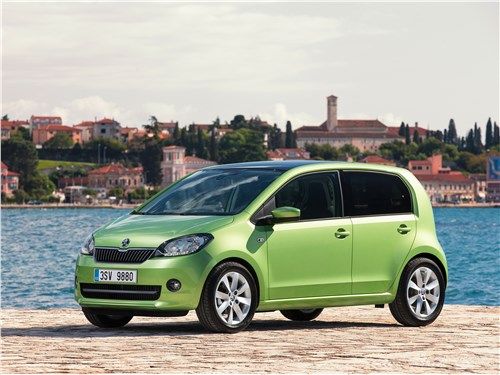 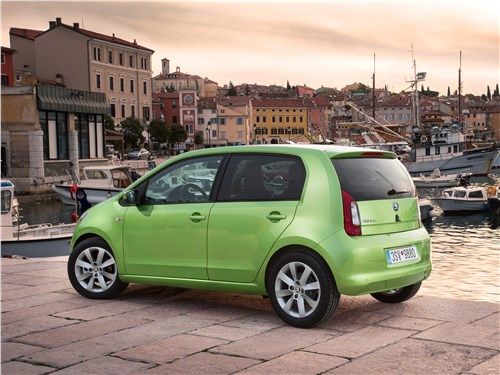 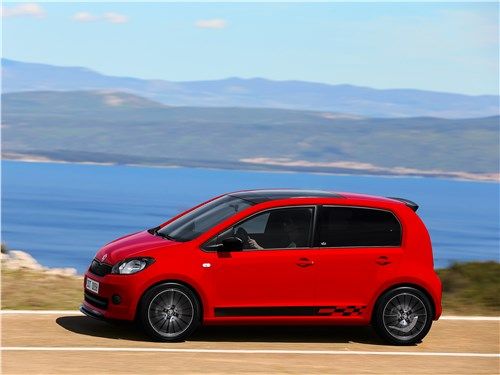 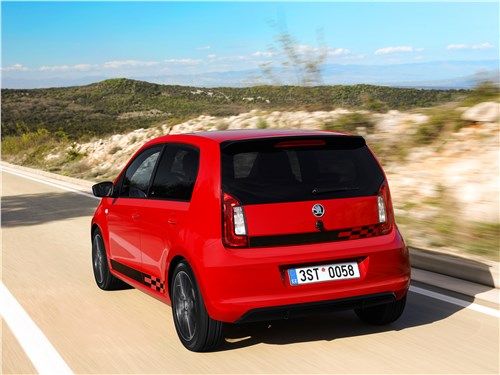 The updated Skoda Citigo appeared before the world community in February 2017. In fact, the model is another minor facelift of the 2012 model. It will not be difficult to distinguish the new product from its predecessor. It has elongated, rounded headlights with large reflectors and eye-catching LED daytime running lights. The radiator grill is fully consistent with the corporate identity. It consists of many shaped vertically oriented ribs with a 3D effect and a chrome strip along the contour. The front bumper has changed the most. From now on, on it, in full length, flaunts a large air intake, covered with a mesh of elongated hexagonal cells. It is also worth noting the angular blocks of fog lights, which completely repeat the design of older models. In general, the restyling went to the benefit of the car, it acquired a more interesting and memorable appearance. Skoda Sitigo is a subcompact A-class hatchback. Its overall dimensions are: length 3597 mm, width 1645 mm, height 1478 mm, and the wheelbase is 2420 mm. The car's ground clearance is quite small - only 136 millimeters. Such a low ground clearance provides the machine with good stability and maneuverability, which is so necessary in urban operating conditions. The trunk of a small car also cannot boast of spaciousness or spaciousness due to short overhangs and a small wheelbase. With the backrests of the second row of seats up, up to 251 liters of free space remains in the back. This volume is quite enough for the daily needs of a metropolitan resident, however, even a trip to the airport with several large suitcases can force the driver to sacrifice seats in the cabin. If you fold the backrests of the rear row, you can free up up to 959 liters of usable space. The hatchback got at its disposal two engines, robotic and mechanical variable transmissions, as well as exclusively front-wheel drive. Thanks to a good set of alternative units, the car becomes quite versatile and is able to satisfy most of the needs of a city car enthusiast. Despite the fact that there are two motors, both of them are modifications of an in-line three-cylinder gasoline atmospheric unit with a volume of 999 cubic centimeters. Despite the modest volume, two camshafts and a modern fuel delivery system allowed the engineers to squeeze out 60 and 75 horsepower at 5000 and 6200 rpm, respectively. The engine torque is the same - 75 Nm at 3000 crankshaft revolutions per minute. Due to the simple and low-power units, the small car cannot boast of good dynamic performance. Acceleration to hundreds, on average, will take 13.5-14.4 seconds with a manual transmission and 14.9-16.7 seconds with a robot. But, thanks to its modest volume, the car is quite economical. Fuel consumption Skoda Citigo will be approximately 5.5 liters of gasoline per hundred at a city pace with frequent acceleration and braking, 3.8 liters on the highway and 4.4 liters of gasoline per hundred in the combined cycle. Skoda Sitigo is a representative of a fairly popular class of cars in Europe. She has a stylish and memorable design that perfectly emphasizes the character and personality of its owner. Such a car will look great both in the busy stream of megacities and on the winding streets of provincial cities. The salon is the kingdom of high-quality assembly, good-quality finishing materials, verified ergonomics and comfort. Even heavy traffic jams during rush hour should not cause unnecessary inconvenience to the driver. The manufacturer is well aware that, first of all, the car should give pleasure from driving. That is why the hatchback is equipped with an excellent line of units that are a fusion of proven technology and many years of experience of engineers. Due to its low cost and economy, Citigo is perfect for operation in the harsh conditions of stone jungle.