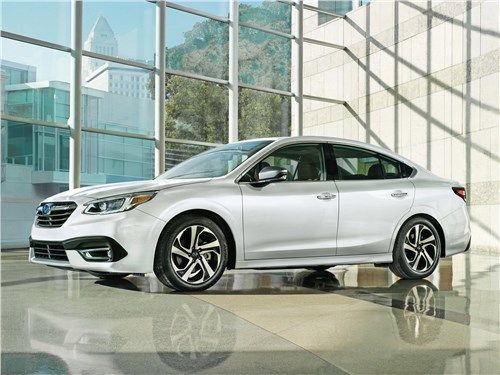 Table of factory and suitable tire sizes for SUBARU LEGACY III (BE, BH). 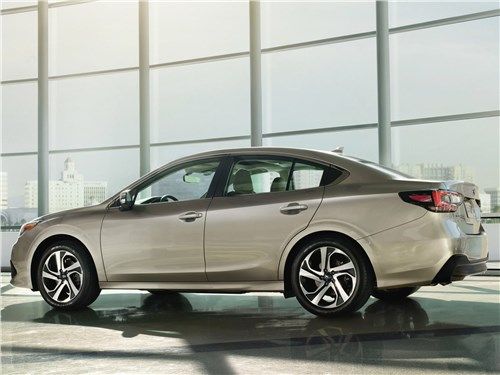 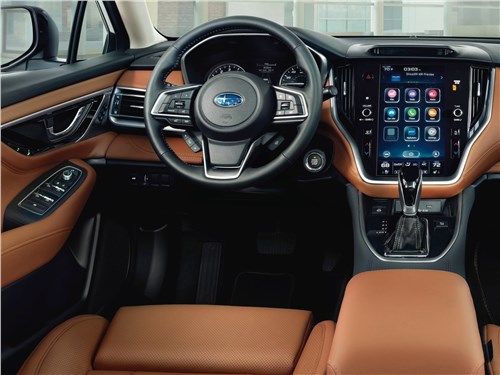 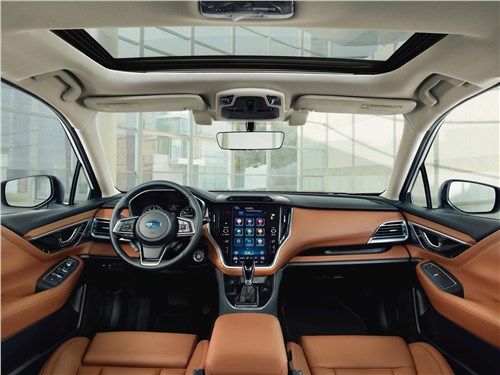 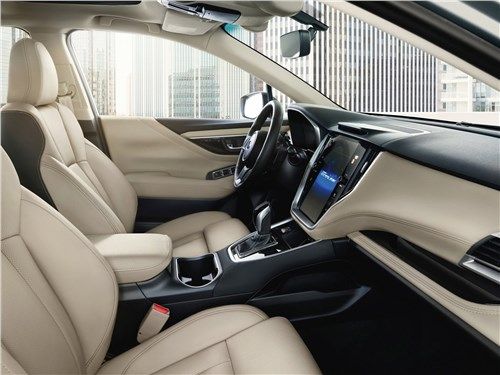 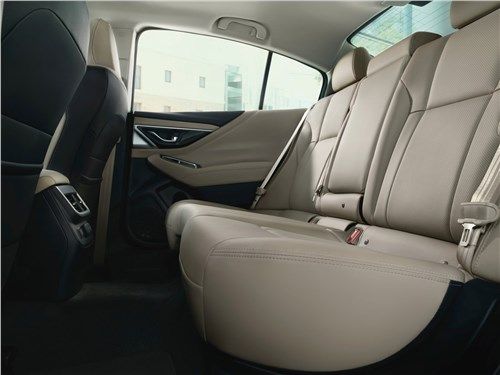 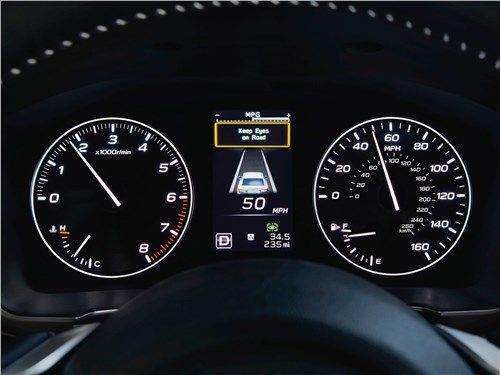 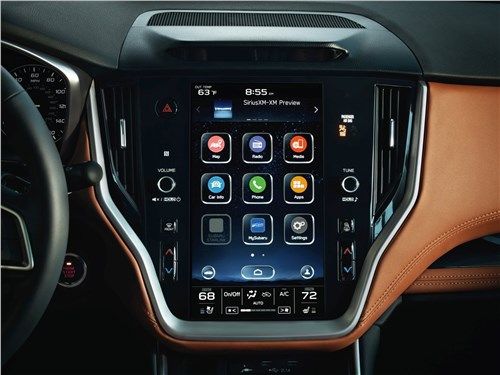 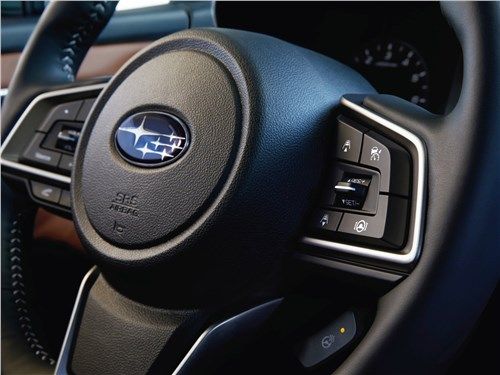 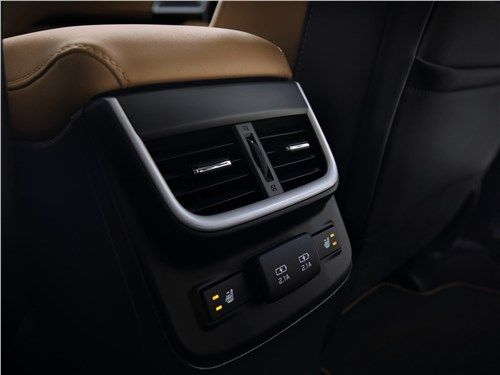 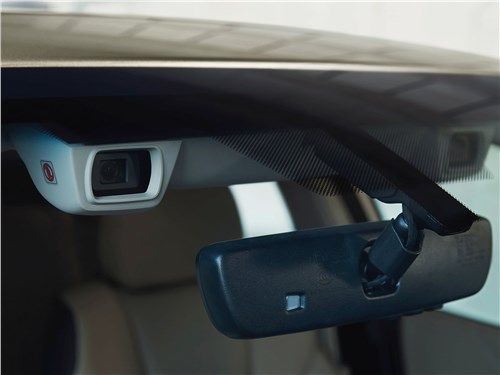 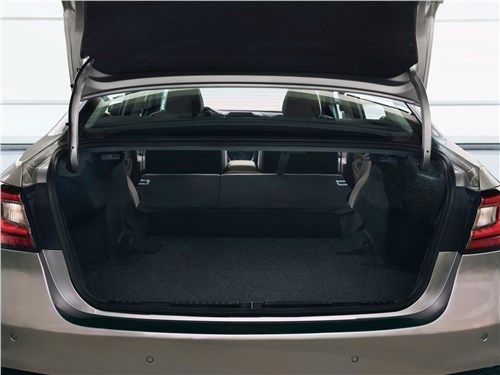 The flagship passenger car Subaru Legacy has a rich history, has been produced since 1989 and has gone through many changes. The last, actual, at the moment, generation is already the seventh in a row. It debuted in early February 2019 on the catwalks of the 2019 Chicago International Auto Show. Following tradition, the novelty has received a modernized platform, a line of more efficient powertrains, an expanded list of options, as well as a more modern design. The corporate identity of the Japanese manufacturer is called "Dynamic X Solid". It will not be difficult to distinguish the new generation from the previous one. It has narrower headlamps with a rather extraordinary shape and orange sections of the direction indicators on the sides. The radiator grille has lost its massive chrome edging and has also slightly decreased in size. It is worth noting the redrawn bumpers and other brake lights. Despite the dramatic difference in technical terms, visually, the continuity of generations is clearly observed. The car has retained its family features. Subaru Legacy is a four-door midsize sedan. Its overall dimensions are: length 4840 mm, width 1840 mm, height 1500 mm, and wheelbase 2750 mm. The car is based on a new modular base called "Subaru Global Platform". She retained the classic, for this manufacturer, layout with a longitudinally located engine and fully independent suspension. The chassis is composed of McPherson struts on the front axle and double wishbones at the rear. The trunk, as befits this class, is quite roomy. The three-volume body, in its standard position, is capable of providing up to 428 liters of free space. What's more, the backrests of the rear sofa can be folded down to gain access to the salon. Although, in this position, a flat floor is not formed, but long loads can be transported. The seventh generation Subaru Legacy received two new powertrains. The first is the classic 2.5-liter naturally aspirated petrol boxer. Compared to the previous modification, it has become somewhat more powerful. Thanks to the advanced valve timing system, the engineers managed to squeeze out 185 horsepower and 239 Nm of torque. Older versions will get a 2.4-liter turbocharged petrol four. She develops 264 horses and 376 Nm of torque. As a transmission, an exclusively branded variator with eight virtual gears and an all-wheel drive system are offered. As a result, atmospheric versions accelerate to the first hundred in 8.4 seconds and consume about 7.7 liters of gasoline per hundred kilometers in the combined cycle. With a turbocharged engine, the sedan gains 100 km / h in 6.1 seconds and consumes about 8.6 liters in the same driving mode. Like any modern car of this class, Subaru Legacy, even in the basic configuration, has all the necessary options. By default, the car is equipped with an advanced multimedia system with a seven-inch touch screen, climate control with multiple zones of operation, a multifunction steering wheel and a host of assistants to assist in driving. From a wide list, it is worth highlighting the lane tracking system and radar cruise control. Both of these systems form a kind of autopilot and can take on the lion's share of control tasks.