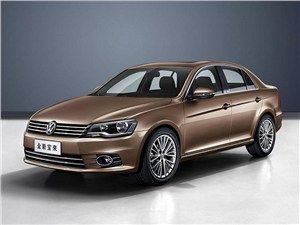 The five-seater Volkswagen Bora golf-class sedan was sold on the Russian market from 1999 to 2005. The car, which debuted in the fall of 1998 at the International Motor Show in Paris, represented the fourth generation of the Jetta model, renamed for the European and Russian markets. Bora got its name in honor of one of the northern winds - Borea. In the model range of the German Volkswagen brand, this sedan took place one step higher than the budget model Golf, on the platform of which it was built. The Volkswagen Bora was designed by Giorgetto Giugiaro of ItalDesign. The car turned out to be strict and restrained, but with a small number of "sporty" elements, such as light-alloy wheels Avus, original "racing" seats in the cabin, a peculiar shape of the radiator grille. Volkswagen Bora differed from the Gof IV in the rear overhang extended by 220 mm, which allowed the developers to significantly increase the amount of useful trunk space. The engine range of the model was diverse: it included gasoline power units with a volume of 1.4, 1.6, 1.8, 2.0, 2.3 and 2.8 liters, and each of the engines had several modifications of various capacities (from 75 to 204 hp). In addition, the Bora was sold in the European market with a 1.9-liter diesel engine, which had seven different versions. In the Russian market, the sedan is available in three trim levels: standard Trendline, comfortable Comfortline and luxury Highline. The list of standard equipment included: anti-lock braking system ABS, power steering, disc brakes, a set of front and side airbags for the driver and front passenger. The Comfortline version was distinguished by the presence of adjustable lumbar supports at the seats, designed to reduce fatigue when traveling long distances, and a package of systems that control the operation of external devices. The high-end Highline equipment included a radio control system for central locking, an on-board computer, and a built-in alarm. To give the sedan in the Highline version the image of a premium model, the creators used inserts from solid natural wood in the interior trim. In 1999, the German automaker released a station wagon version of the Bora called the Volkswagen Bora Variant. In 2004, the manufacturer announced the release of the new generation Bora, but in the end the successor to the model entered the market under the name Volkswagen Jetta. With the trade name Bora, the sedan continued to be sold only in Mexico until 2010.