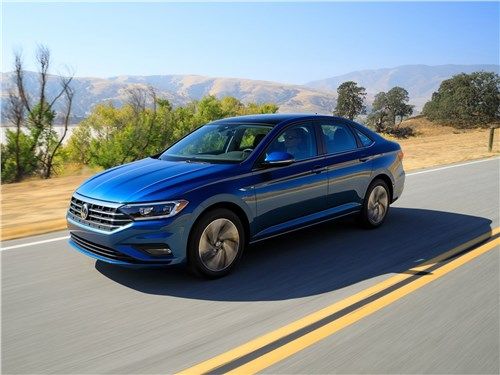 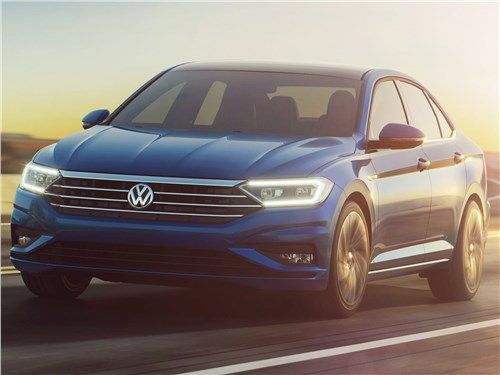 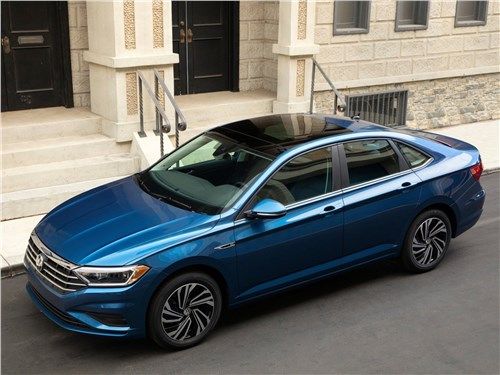 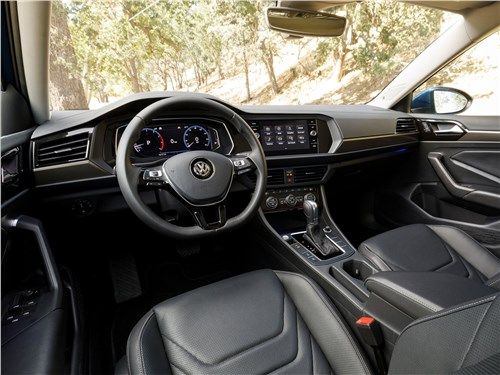 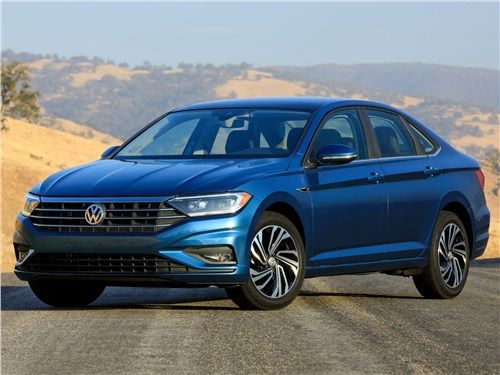 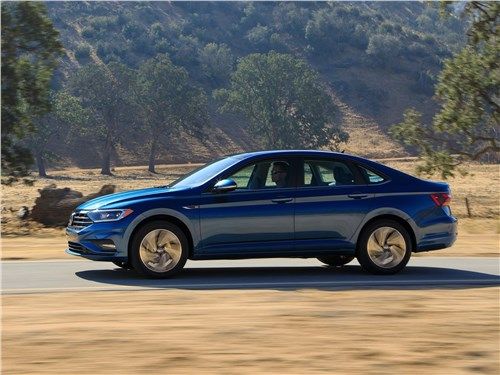 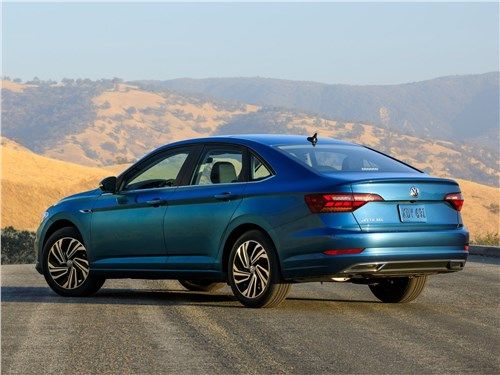 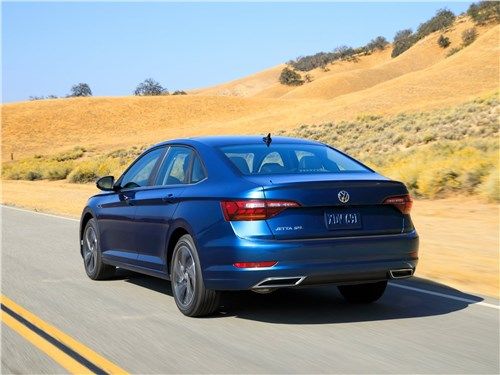 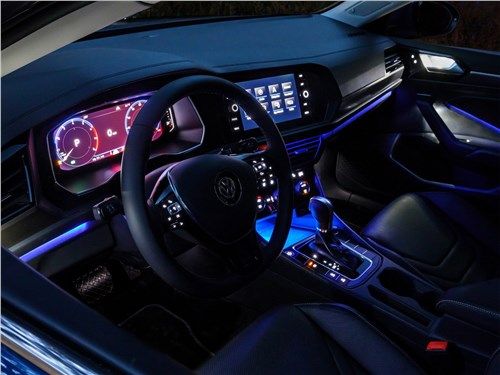 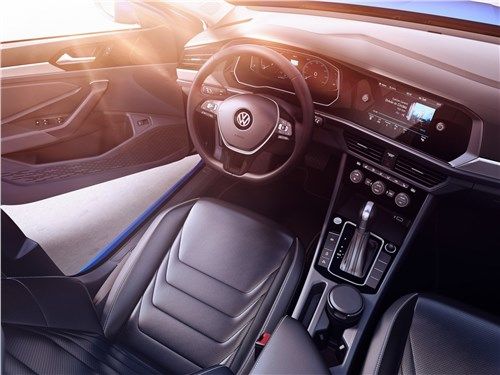 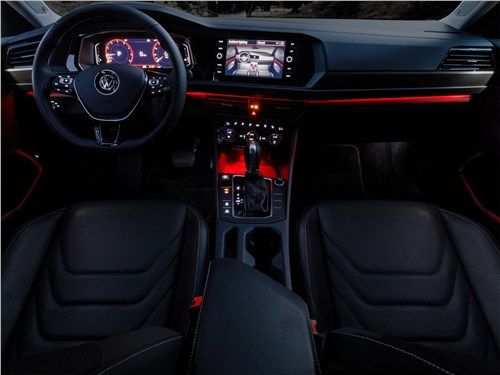 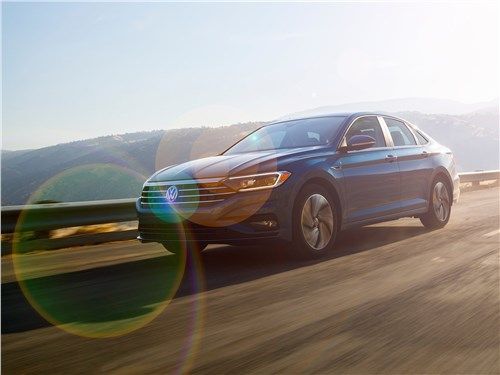 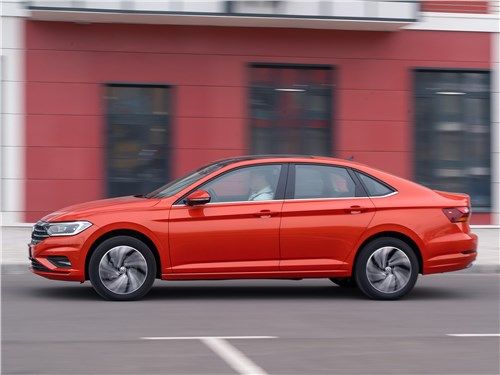 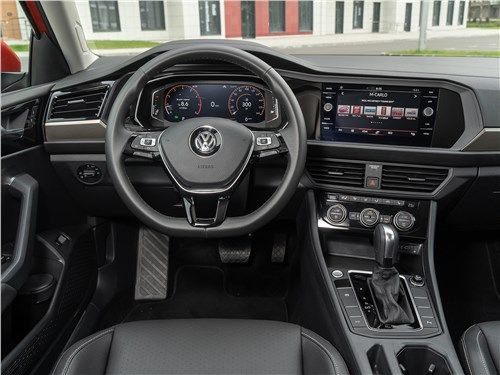 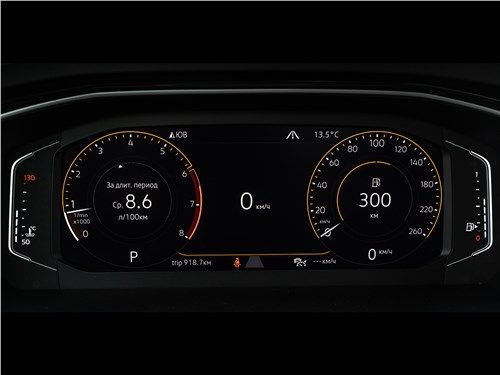 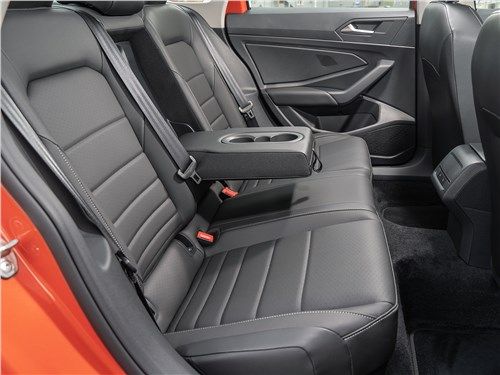 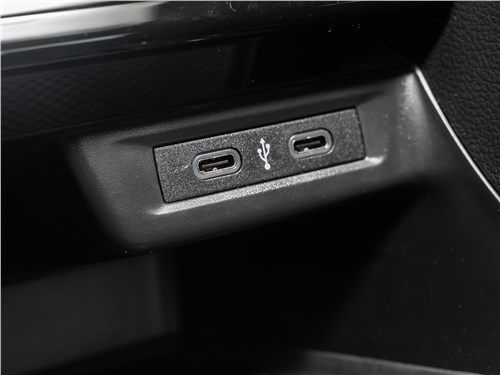 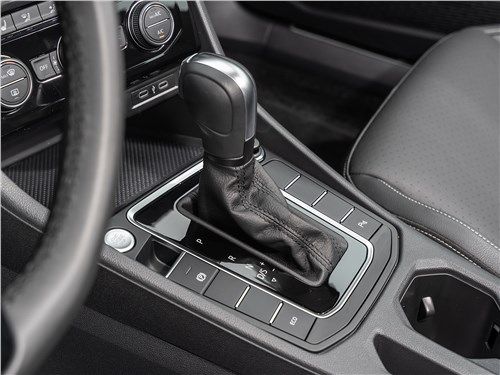 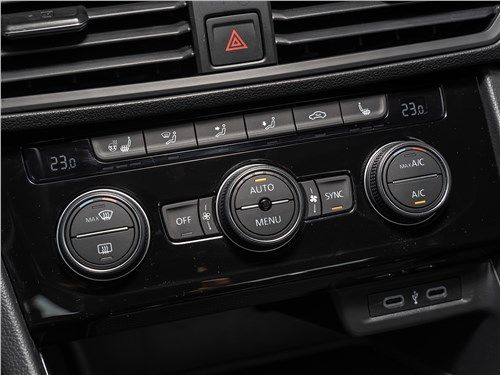 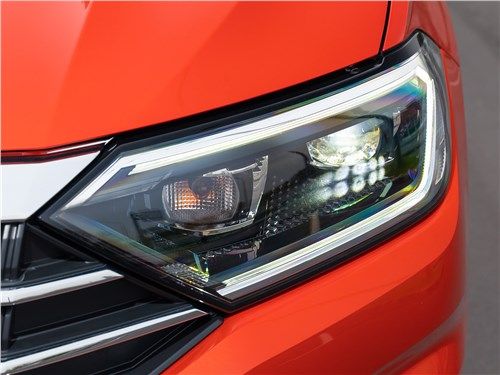 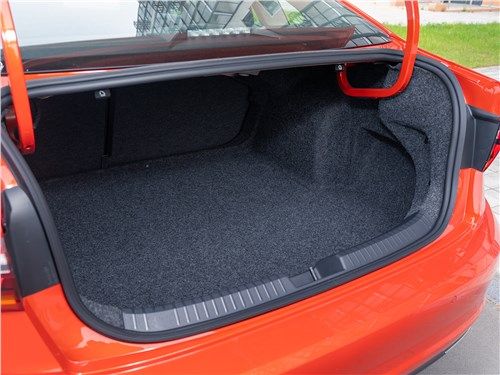 The new generation Volkswagen Jetta debuted at the 2018 Detroit International Winter Auto Show. The model is already the seventh generation, and its body received the in-house index A7. She moved to the modular MQB platform, received an expanded list of options and tried on a new corporate design. It will not be difficult to distinguish the new generation from the previous one. The stylish horizontal stamping on the doors, the embossed hood, a small spoiler on the trunk lid and chrome inserts resembling the exhaust pipes are striking. The front end has also changed markedly. The headlamps are equipped with two angular focusing lenses and an elegant border of LED running lights. The radiator grille has a hexagonal shape and visually adjoins lighting equipment. It consists of thin, intersecting horizontal and vertical ribs and sports the manufacturer's logo. Under it, on the front bumper, there is a small air intake and small blocks of fog lights. In general, the car received a stylish and dynamic design that perfectly emphasizes the class and technical content of the model. Volkswagen Jetta is a four-door sedan of the Golf class. Following the general trend, the model has grown in all directions. Its overall dimensions are: length 4702 mm, width 1799 mm, height 1459 mm, and the wheelbase is 2686 mm. The modular platform made it possible to slightly reduce the mass, despite the increase. The suspension architecture is pretty mundane here for this segment. In the front there are McPherson struts, and in the back there is a semi-dependent beam. Despite the increased dimensions, the trunk of the sedan retained its spaciousness. In the standard position, up to 510 liters of free space remains at the rear. Thanks to this volume, the car is perfect for the everyday tasks of an ordinary car enthusiast and will not hit the face in the dirt during a long trip with an abundance of luggage and several passengers on board. In addition, it is worth noting that due to the three-volume body, noise or smell from the trunk will not be able to penetrate into the cabin. Volkswagen Jetta will be sold in the US, Chinese and Russian markets and will not appear in Europe. This is evidenced by the nature of the technical filling. At first, under the hood of the sedan there will be an uncontested in-line turbocharged gasoline four TSI. Thanks to an advanced turbocharger and direct fuel injection system, the engineers managed to squeeze out 150 horsepower in the range from 5000 to 6000 rpm and 250 Nm of torque in the range from 1500 to 3500 rpm. Further, the main differences begin, the model will not receive the proprietary DSG robotic gearbox with two clutches. The engine will mate with a six-speed manual or a classic eight-speed torque converter. The dynamic characteristics and fuel consumption indicators of such a tandem have not yet been specified. The seventh generation Jetta is a pretty revolutionary model. She has a stylish and memorable appearance, which perfectly emphasizes the character and personality of its owner. Such a car will look great both in busy city traffic and on highways. Salon is a kingdom of high-quality finishing materials, verified ergonomics, practicality and comfort. Even heavy traffic or congestion during rush hour will not be able to cause unnecessary inconvenience. The manufacturer is well aware that any car, first of all, should give pleasure from driving. That is why the sedan is equipped with an excellent line of units that are a fusion of innovative technologies and legendary German quality. Volkswagen Jetta is a dynamic and comfortable model for urban motorists.